Steve Hannah says infection rates are not expected to peak in April as predicted. 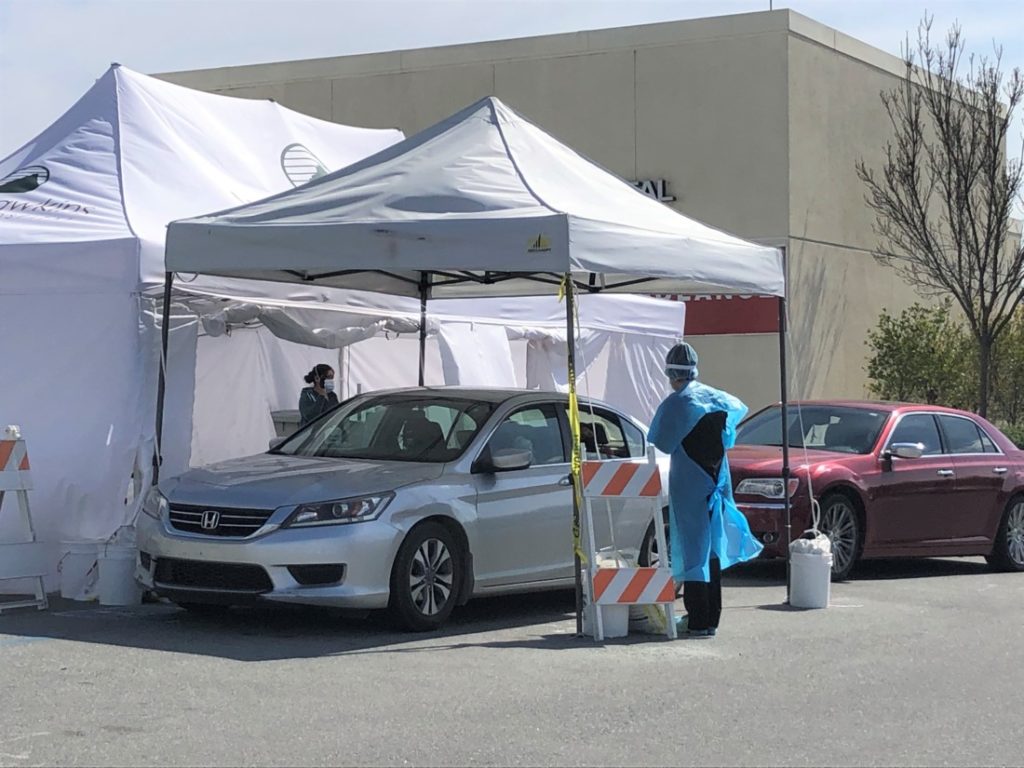 Drivers wait in line for COVID-19 vaccines at Hazel Hawkins Memorial Hospital. Steve Hannah, CEO, said people who have been vaccinated outside have not had to pay for the service so far. Photo by John Chadwell.
×

Local COVID-19 infection rates are not expected to peak in April as once thought, according to Hazel Hawkins Memorial Hospital CEO Steve Hannah.

Hannah gave a COVID update to the hospital district’s Board of Directors on Feb. 25. He began by telling the board that the federally mandated COVID paid leave program, part of the Families First Coronavirus Response Act, ended Dec. 31, but the hospital extended it an additional month in order to assist affected employees.

“We recognized how serious those situations are when employees may be missing work related to COVID,” he said, adding that since the program ended, regular sick leave and time-off policies were in effect. He also said the hospital provided free meals to employees and medical staff during a five-week virus surge at a cost of approximately $1,500 a day.

Hannah went on to explain projected COVID infection patterns to the board. Using research from the Institute for Health Metrics and Evaluation, an independent global research center at the University of Washington, he said he “drilled it down to the state of California” as of Feb. 25.

The winter surge, which began in December, has declined in the last couple weeks, he said, and it’s believed there will not be an increase in infections during April and May caused by COVID-19 variants. A surge had been predicted, but the model is no longer showing a widespread impact on California.

“The projection of infections is expected to taper off and begin to decrease in the April-May timeline,” he said, adding that predictions are difficult because “there’s really no one absolute way to determine what’s going to happen in the future. Up until a week and a half ago, the model was showing a significant increase in the April-May timeline.”

Hannah said the projected use of hospital resources related to COVID-19 has also been reduced over the past week.

According to the San Benito County Coronavirus Dashboard on March 3, eight new cases have been reported, with 5,695 people total who have tested positive. Fifty-two are active patients, 5,582 have recovered and 61 have died. The county’s current positivity rate is 5.6%.

Hannah also discussed projections from the Centers for Disease Control and Prevention on the number of variants reported across the country. The two B.1.1.7 or UK variants are the most dominant going into spring and summer, he said, while Florida leads in infections from the UK variant, followed by Michigan, then California with approximately 300 people infected.

“What’s not even reflected yet is an indigenous variant [B.1.427/B.1.429 or CAL.20C, which has five mutations] that are variants of the virus that have shown up in California only,” Hannah said. “Those have not been built in the predictive models. We really can’t let our guard down yet. We need to stay vigilant, stay prepared. We’re cutting back our staffing models, but we’re ever prepared in case we have to ramp things back up.”

According to the Centers for Infectious Disease Research and Policy: “CAL.20C was first seen in 1 of 1,247 COVID-19 samples in Los Angeles County in July, but was not observed again in the region until October, when four cases were detected. While CAL.20C had been found only in southern California in October, by November, 30 cases had been identified in the northern part of the state, and five other states had reported the variant.”

Hannah said that as of Feb. 25, there were 29 inpatients at Hazel Hawkins Memorial Hospital, with six in the ICU and six COVID-19 patients, which he described as a dramatic downturn from previous weeks, but still high for the hospital. He said over the last month there has been a surge of patients, but not all were necessarily related to COVID.

Despite the lower projections in the April-May time frame for California, Hannah said conflicting research from the Scripps Institute indicates that the second peak could not only take place, but might reach the levels seen in December and January.

“On the testing side, we try to track the seven-day positivity rate,” he said. “We’ve divided it up between the tests we do for the community, and that positivity rate is 6.5%. That was as high as 25% in the December-January timeframe, so that has steadily declined. The seven-day employee positivity rate is 0.3%, and that is related to one positive test that occurred 10 days ago. And we’ve had zero infections after the second dose of vaccine was received. There were three infections after the first dose.”

While most vaccinations at Hazel Hawkins Memorial Hospital have been administered in the tent in the parking lot, Hannah said there has not been a procedure for registering and billing individuals.

“As of today, the hospital is not billing for administering the vaccine,” he said. “Those who have received the vaccine through our clinic structure, we can register them, but so far we’ve been doing a zero bill. The idea is that, retrospectively, there may be funding for entities like us who have been vaccinating, or we may be able to turn on the billing at a later date.”