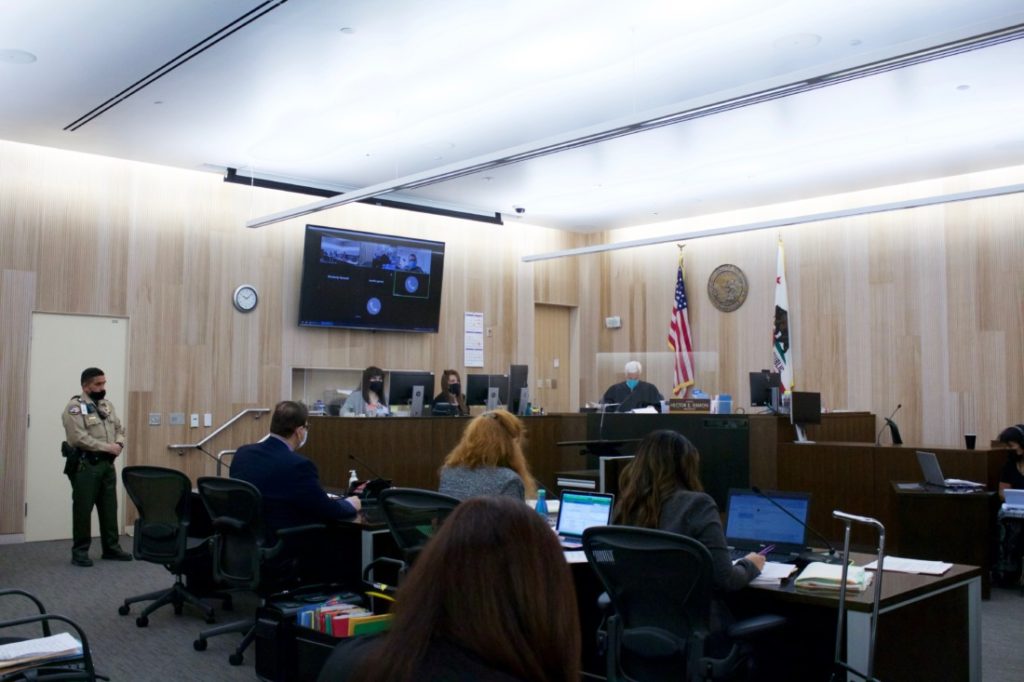 David Pequeno appearing in court via Zoom on June 24. Photo by Noe Magaña.
×

The June 24 hearing for David Pequeno, the suspect of the downtown fires in November, was continued in order to receive a second psychiatric evaluation. Pequeno pleaded not guilty by reason of insanity on May 13. The jury trial setting was scheduled for July 22 at 10:30 a.m.

According to court documents, Pequeno was charged with four felony counts for arson, six felony counts of vandalism, and seven misdemeanor counts of vandalism. According to the Hollister Police Department, Pequeno was arrested on Nov. 2, the same day of the fires which burned down Cheung Sheng Chinese Restaurant on the corner of East and Sixth streets, and She’s Consignments and Gifts and Faultline Tattoo on the corner of East and Fifth streets.

It’s also the day police officers responded to reports of slashed vehicle tires throughout Hollister, according to court documents.

The court ordered on May 13 two psychiatric evaluations to be conducted by Dr. Lyn Mangiameli and Dr. Martin Williams. Mangiameli’s report was not submitted to the court and lawyers in time for the June 24 hearing.