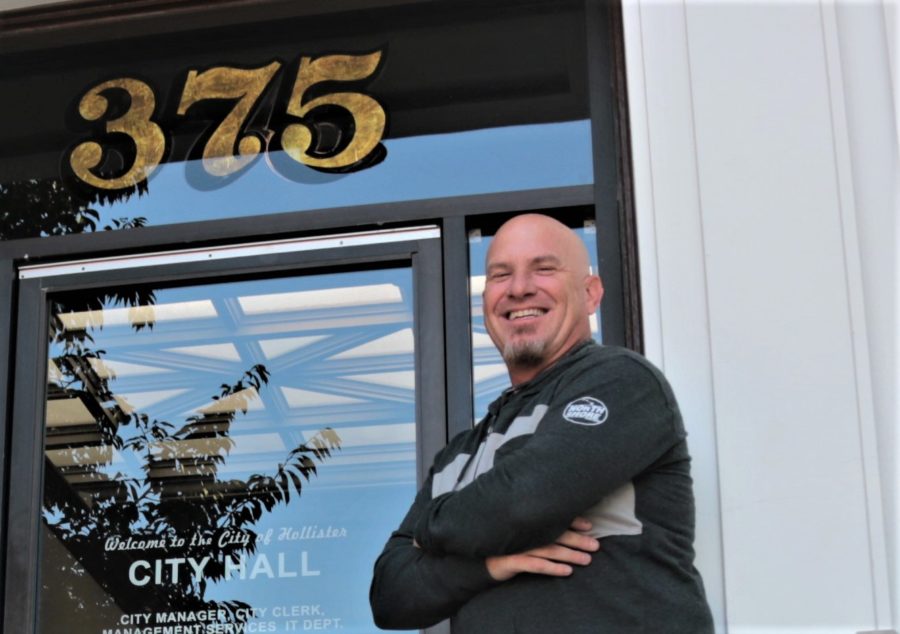 Hollister City Manager Bill Avera's final day is Nov. 15. Avera has been a city employee since 1994 and city manager for the last six years. Photo by John Chadwell.
×

Hollister City Manager Bill Avera’s last day on the job will be Nov. 15.

“It’s time,” said Avera, who has been a city employee since 1994 and city manager for the last six years.

Avera said he doesn’t know yet who his replacement will be because he was not part of the selection process. He said if the person has not shown up before he leaves, that it would be relatively quick afterward, as Hollister City Council members wanted the contract ready by Oct. 21. Mayor Ignacio Valezquez told BenitoLink on Oct. 29 the council had selected one of the candidates for city manager, but couldn’t divulge who it had chosen.

But according to the agenda packet for the council’s Nov. 4 meeting, the council is expected to offer the position to Paul Eckert, whose name and contract (see PDF below) are included in the packet. Councilman Marty Richman confirmed Eckert’s appointment. He said Eckert is from Gridley, CA, where he has served as city administrator since July 2016. Before that, he was city manager of Mount Shasta for three years. He also worked as finance director/treasurer for the city of Morgan Hill from 1995 to 1997.

If approved, Eckhert would take over city manager duties starting Nov. 5 for three years with a base salary of $180,000.

While Avera couldn’t put his finger on why the council excluded him in the selection process, he said he respected their decision. Because he lives in the community, he feels it’s important to make sure his replacement is the right person for the job.

Hollister Councilwoman Honor Spencer said Avera had been a positive influence on the community.

“He wasn’t afraid to roll up his sleeves and help where help was needed,” Spencer said.

Change is good, Avera said, because “this council needs a fresh face, with new ideas aligned with what they’re thinking. I have a reputation of being here forever and it’s the same thing over and over again. Maybe this community wants somebody to come in from the outside and say, ‘this is how it should be done.’”

The replacement will be the first outsider to lead city staff in over 20 years. Avera and his two predecessors, Clint Quilter and George Lewis, were promoted from within.

“I know all the department heads, their personalities and what this person would be stepping into,” Avera said, adding that his replacement will do just fine “as long as everyone in the organization understands what their role is, which there seems to be some doubt.”

He wasn’t afraid to roll up his sleeves and help where help was needed.

He addressed a current issue, concerning Velazquez’s attempt to inject himself into day-to-day staff meetings.

At the Oct. 21 City Council meeting, members voted 3-2 against the mayor attending staff meetings, with Velazquez and Councilman Rolan Resendiz in favor. Prior to that, Councilman Marty Richman penned a preemptive objection to the mayor’s move in a community opinion on BenitoLink.

“When you have one individual of the council attending meetings with eight or 10 other people, the other council members’ messages aren’t getting through,” Avera said. “From the mayor’s perspective, with social media that’s changed a lot and the public feels they can ask him questions and he should have all the answers. That’s not realistic or fair to him because there are things that happen daily he has no control over as one person on the council. Now, everyone wants that information instantaneously.”

I feel like now more than ever Hollister will progress and begin to see significant improvement in the way we work, play and live.

Avera said there is the appearance that he and the mayor often don’t agree on issues, which is more about how each person approaches them. He said while Velazquez and Resendiz have embraced social media, it makes things difficult because the public needs to know that one or two council members don’t have the power to invoke change.

There are approximately 200 city employees, Avera said. Each has a job to do and it’s the entire council’s job to give them direction. He said most of the time the council cooperates, but when they don’t, “that’s what makes the headlines.” While he said he has a good relationship with council members as individuals, “they all have a different method for obtaining the same goals and they’re having a difficult time working together. That’s something a city manager can’t fix.”

He said every individual council member wants to put their fingerprint on city policy, and likened the city government to a cruise ship, in that it cannot change direction instantaneously. “It takes a long time,” he said.

Resendiz said he was excited about the “renewed leadership and positive impact” that a new city manager will bring to Hollister.

“With new leadership at the helm, you can expect to see some significant changes in your local governing process that directly reflect the public’s interest,” Resendiz said. “I feel like now more than ever Hollister will progress and begin to see significant improvement in the way we work, play and live.”

Nonetheless, Avera said he’s proud of what the various councils have accomplished over the years.

He was definitely one of our best city managers and I worked with several through a few decades.

“We came out of the recession with secure financing for the next 20 years with the sales tax measure,” he said. “We have 10 more police officers and 10 more firefighters. We’ve done a lot of really good things, like paying off side funds, thanks to the mayor. The parks were in shambles; look at them now. Those are the kinds of things they need to focus on, not how we feel about whether it’s 129 units or 140 units, but the things we do that are positive.”

Richman said that Avera was “the epitome of a dedicated city manager who cared first and foremost about the residents of Hollister.”

“Most people do not realize the around-the-clock dedication it takes to provide so many services to a city of 40,000 while complying with complex and ever-changing rules and laws at all levels,” he said.

Avera said he would have liked to stay a couple more years, but wanted to leave now in order to keep from “tarnishing my reputation.”

“It would be nice to be up there and disagree and you respect it and move on,” he said. “Years ago, people complained because there were no 4-1 votes; it was always unanimous. I thought that was strange because it meant everyone was focused on the same thing. It seems now people like the turmoil. There’s a fine line between a little bit of turmoil and what we’ve been having.”

The council needs to focus on speed, Avera said, because when meetings drag on for hours they lose focus and residents walk out. He said details of consent calendars, often major portions of a meeting agenda where multiple items are approved at once, should be worked out between him and individual council members before council meetings. Instead, items have often been pulled for discussion during meetings, which has led to long, rancorous arguments and insults.

Councilwoman Carol Lenoir said Avera’s greatest attribution was “his friendliness and the honest day’s work he gives us every day.”

“He was definitely one of our best city managers and I worked with several through a few decades,” Lenoir said.

Looking ahead, Avera said he is thinking about going into teaching and that he would enjoy teaching history at San Benito High School. However, he hopes that from time to time the city leaders might reach out to him for advice, just as he does with frequent calls to Mary Paxton, the former city program manager who now lives in Washington.

“She’s just a phone call away and she will never not answer,” Avera said, “because she was born and raised here. This community still matters to her and it will always matter to me.”

The placement of political signs is regulated by state law and city ordinance. 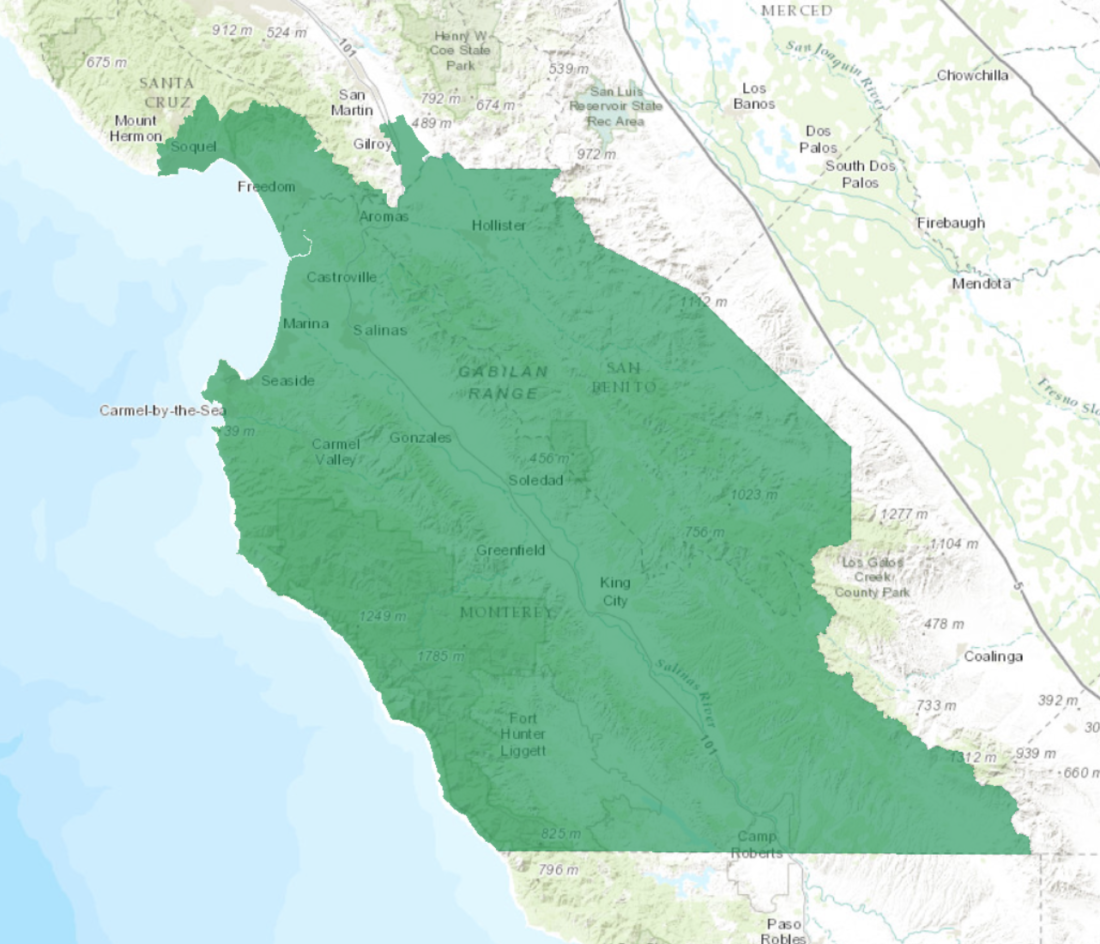 Two challenge incumbent Jimmy Panetta for a seat in the House of Representatives. 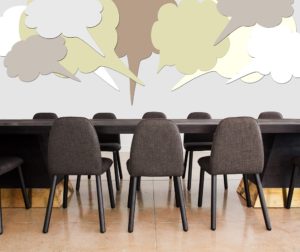