Misuses ranging from camping, vandalism, skateboarding and throwing objects off the top of Briggs Building lead to adopting ordinance to punish offenders. 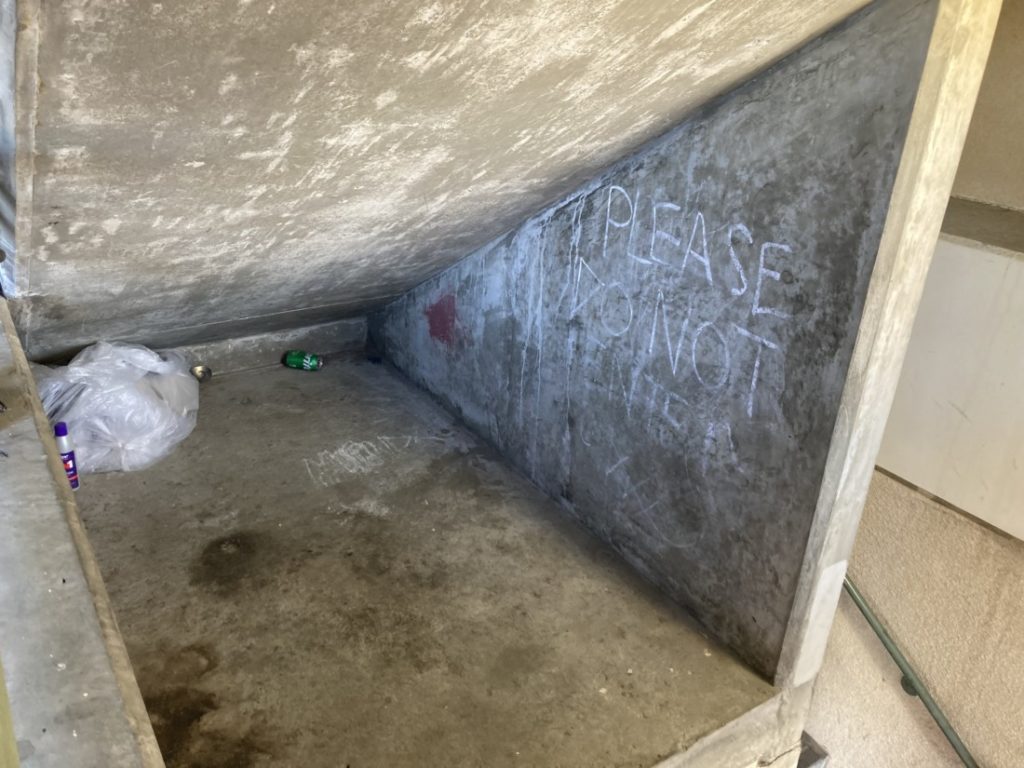 Someone wrote "please do not enter" near the Briggs Building stairs and left a can and a bag full of things. Photo by Noe Magaña. 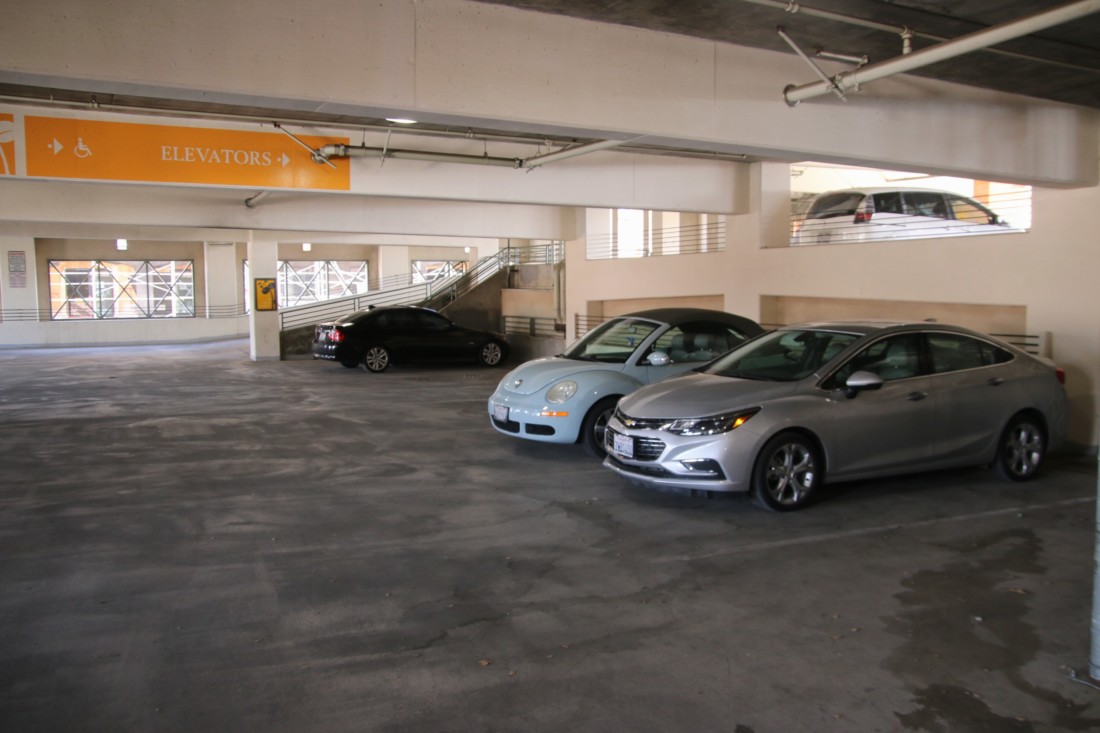 The mostly empty parking garage in the Briggs Building has become a haven for homeless and skateboarders at times, according to police. Photo by John Chadwell.
×

The Hollister City Council voted unanimously Nov. 21 to add a new section, 9.09, “Use and Trespassing Upon City Parking Lots and Garages,” to Title 9 of the City Municipal Code to apply penalties for misuse of city parking lots and garages. The penalty for a first violation would be a fine of up to $250 per violation. A second violation within 48 hours would result in a misdemeanor charge.

“A person who is cited again for some offense within (not after) 48 hours is cited as a misdemeanor and not an infraction,” said Hollister Police Chief Carlos Reynoso. “That means if the person disregards the first citation and continues to violate the ordinance, they will be cited again but the violation can be charged as a misdemeanor which can push it up to be a criminal offense.”

The ordinance was written by the Hollister Police Department with assistance from the city attorney, according to Brett Miller, city manager.

According to the meeting agenda packet, HPD has received numerous complaints over the years in regard to the misuse of the city-owned parking structure, known as the Briggs Building, as well as other city-owned parking lots. Among the complaints are repeated calls concerning people not using the structure for parking but loitering, smoking, vandalizing, drinking alcohol, riding bicycles and skateboards and long-term occupation.

“We have received several of them from the public on a regular basis from people who live near the parking lots and want to use them but don’t feel safe,” Reynoso said.

The police department also received complaints of transients living in vehicles and leaving behind trash, debris and human waste.

Recently, the police department investigated two cases in which juveniles dropped heavy metal objects from the top floor of the Briggs Building. “These actions could have killed someone if the object would have hit a pedestrian below,” the agenda packet claimed.

The staff report states the ordinance would provide the tools to police to cite individuals who are not using the parking lot for its intended purpose. The intention is to discourage people without vehicles from staying in the parking lots and increase the safety of these locations.

“There have been issues with people sleeping in cars and RVs in the city parking lot located at Third and East,” Reynoso told BenitoLink.  “Several people have had to be removed from the parking structure found camping inside.”

Reynoso said the police department has not kept any statistics on how many people misused the garage.

“We want to foster a safe environment for drivers to park their vehicles in our city parking lots to ease the number of cars parked in our street parking,” he said.  “Long-term parking or employee parking should be in the parking lots to allow customers to use the street parking. This ordinance will allow our officers to address these issues.”

Nothing in the ordinance is intended to interfere with otherwise lawful and ordinary uses of public and private property, including public parking areas.

Exceptions to the ordinance would be people with parking permits, or city employees engaged in the performance of city business and maintenance in the building. There is also an exception for “where there is posted permission to occupy those areas for the purpose of engaging in speech-related conduct and persons so occupying those posted areas are doing so in accordance with the posted permission.”

Reynos said this is to guarantee First Amendment rights or special permitted events.

In January 2019 the City Council approved a parking license agreement with Del Curto Brothers Construction to secure 24 spaces for the residents when the 22 condominiums and retail stores are completed at the building currently under construction at the corner of Fourth and San Benito streets.