Program staff working on changes to licensing agreement before City Council votes on it. 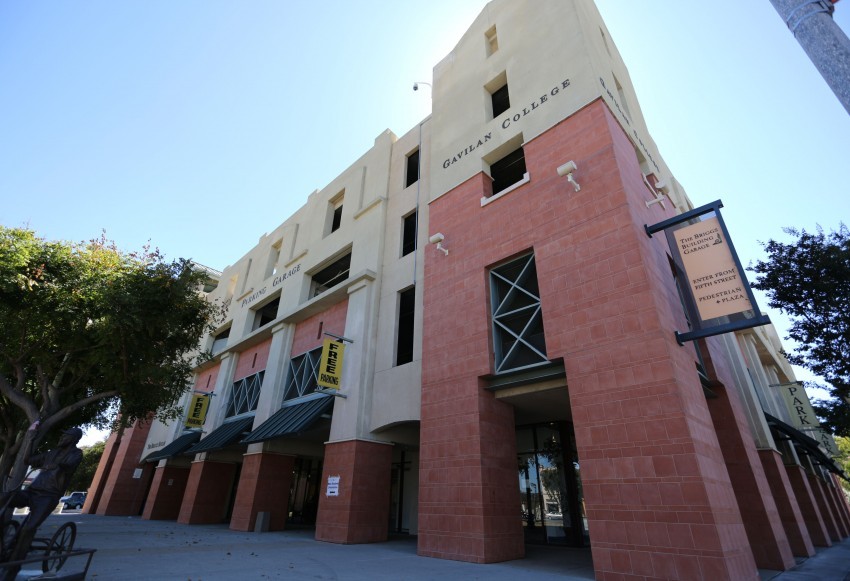 With new development planned for the 400 block of San Benito Street, the question of where people will park remains unanswered.

The Hollister City Council discussed on Jan. 23 a proposed parking license agreement with Del Curto Brothers Construction to secure 24 spaces in the Briggs Building parking structure for the condominium project planned for the 400 block. Mayor Ignacio Velazquez, who owns the Vault business next to the project site, recused himself from the discussion.

When development on the 400 block is complete, it will include a new headquarters for the Community Foundation for San Benito County, along with a mixed-use building combining commercial retail on the first floor and residential condo units on the second.

Though the specifics are still being worked out, city program manager Mary Paxton explained various parking scenarios for the council to consider. In one of these, the Del Curto Brothers would pay about $30 a month per space for their share of building upkeep if it were to remain open 24 hours a day for condo residents. If the building needed to be secure, Del Curto would pay for security measures. The Del Curtos requested spaces on either the third floor or the roof.

Paxton said the license agreement would be reviewed every five years and the cost would be the same as paid by the general public (at this time public parking is free). Council members instructed Paxton to return to a future meeting with a resolution incorporating changes (still being negotiated) into the agreement.

Councilwoman Carol Lenoir asked Community Foundation President Gary Byrne to talk about 20 dedicated parking spaces for the foundation, as she questioned if the foundation would need reserved spaces in a public parking structure.

Byrne said that dedicated spaces were not that important, but he wanted to use them as incentive to encourage nonprofits using the new facilities to park there, rather than on the street. He said 20 spots wasn’t adequate because there would probably be at least 30 people working at the foundation and there could be 100 people attending meetings at the facilities at one time. He said he didn’t want people parking on the street during two- or three-hour events because they might be ticketed. There are nearly 200 spaces in the Briggs Building parking structure and he wanted to encourage people to park there, he said.

Councilman Rolan Resendiz said the planned condos would actually need more spaces than were being requested.

“I don’t agree with this project,” Resendiz said. “I never have. I think the public’s getting a raw deal and if a new development is going up, they should pay their fair share. It’s really going to impact downtown.”

Paxton said she monitored the Briggs Building parking structure to see how many cars use it. She said she found it underused.

Councilman Marty Richman said he too monitored the building, and that just before Christmas there were four cars parked there. On most weekdays it’s empty, he said.

Richman responded: “People in Hollister hate that garage and I don’t think all of a sudden we’re going to have an overflow problem.”

Resendiz tried one more time to sway the rest of the council.

“This is the point when the agreement comes back to the City Council we have the authority to negotiate whatever we want,” he said. “This is a re-occurring problem with developments. I want us to negotiate a little bit more for the public’s sake. By approving this we’re making a huge mistake.”

Richman pointed out that the city’s general plan specifically directs that mixed-use buildings be built downtown. He said the council can’t pick and choose what projects it likes or dislikes if they fit the general plan.

“We want those people to come downtown, use our facilities, spend their money, get the taxes,” he said. “We can’t say we want mixed-use, ‘except not you.’ That’s not fair to anybody.”