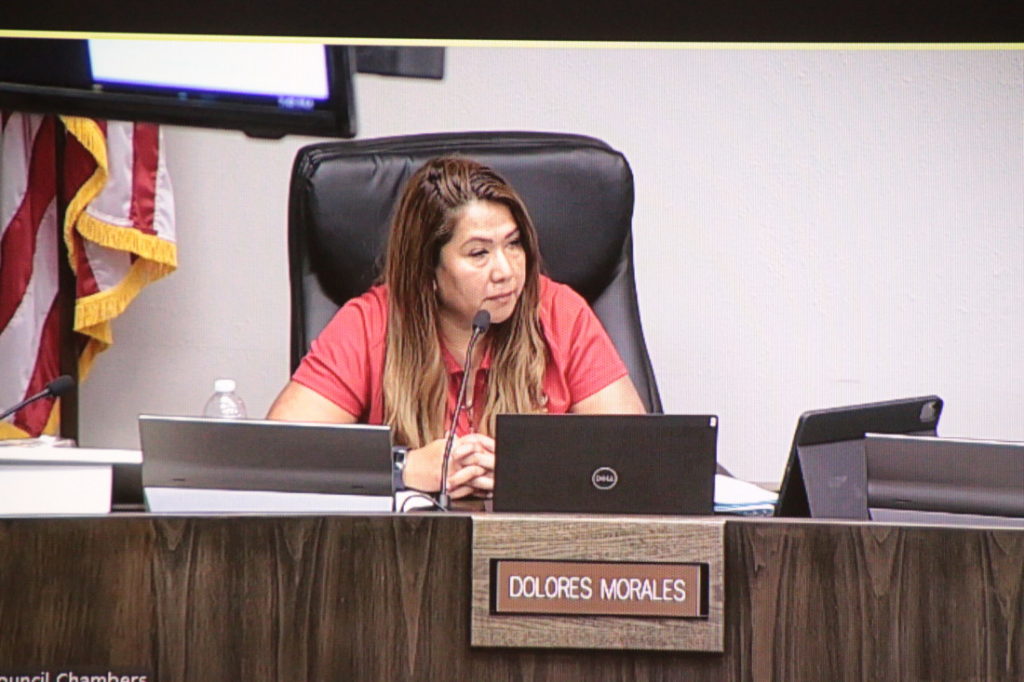 Councilwoman Dolores Morales said Councilman Rolan Resendiz lied about her and called a point-of-order in an attempt to stop his attacks. Photo by John Chadwell. 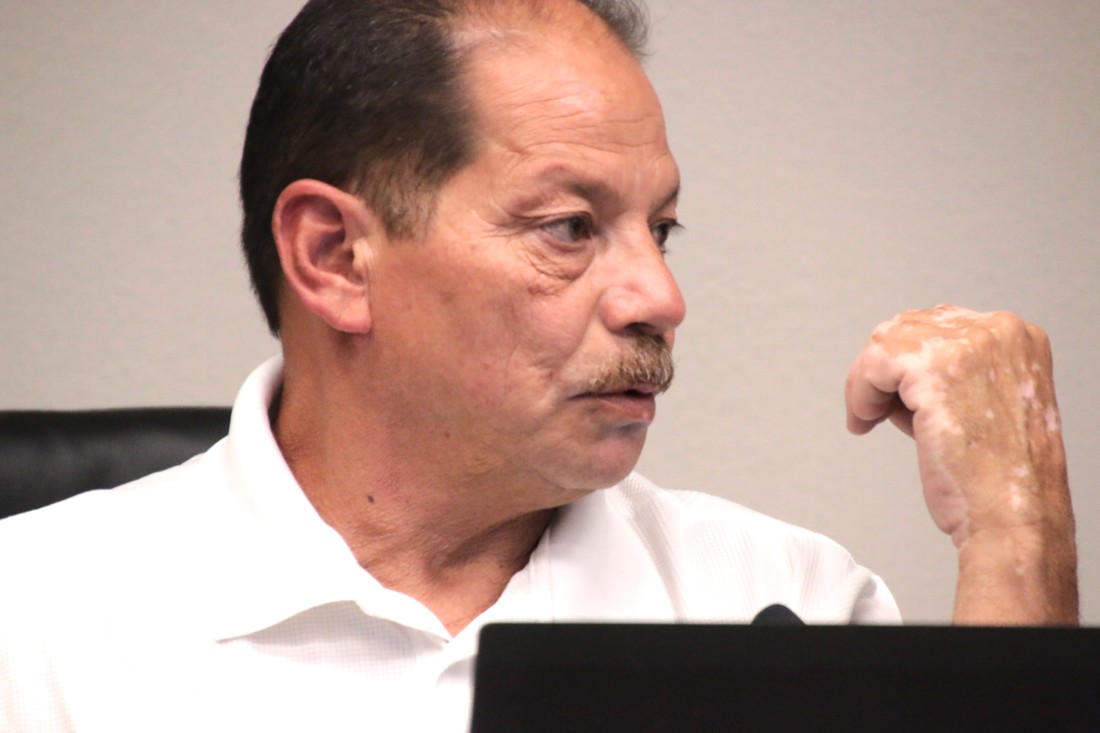 Councilman Rick Perez said if the ordinance were to pass only the retired or rich could run for office. Photo by John Chadwell. 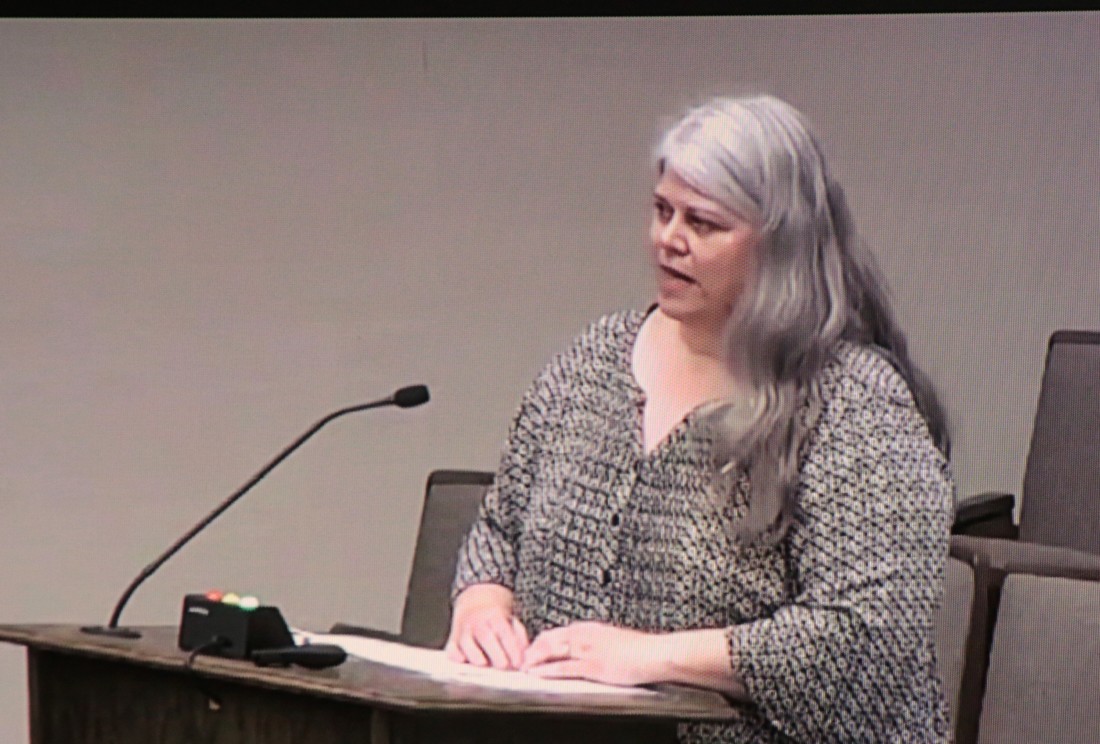 Resident Mia Casey asked why the ordinance was so punitive. Photo by John Chadwell. 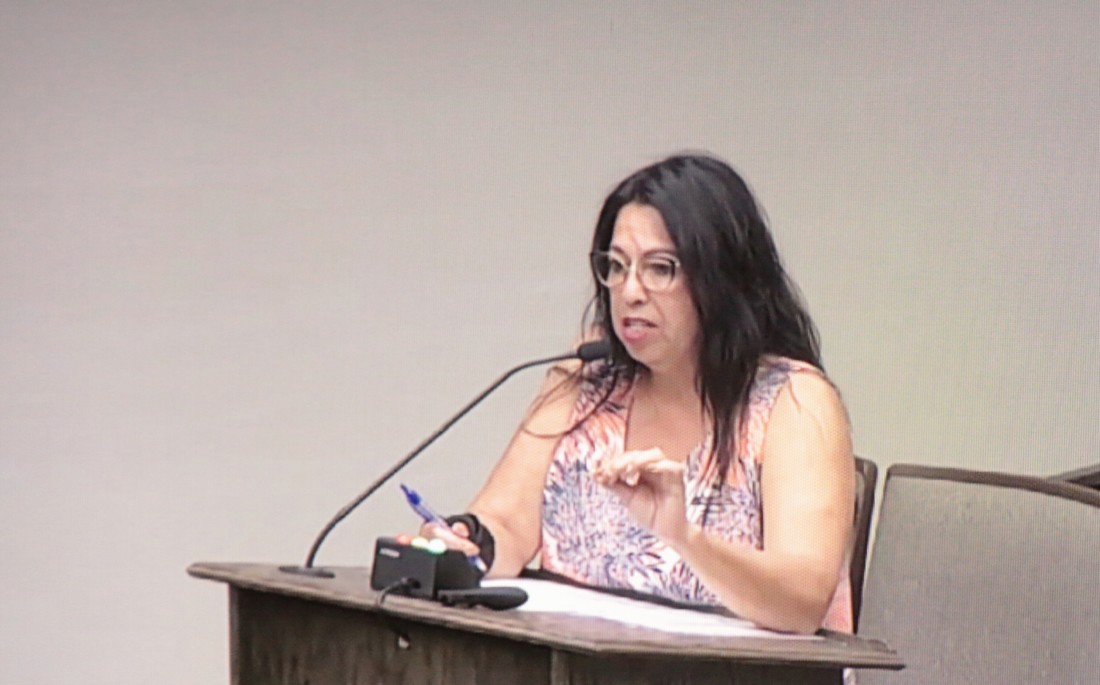 Resident Elia Salinas claimed Mayor Ignacio Velazquez and Councilman Rolan Resendiz wanted to the ordinance so they would know who contributors were in order to attack them. Photo by John Chadwell. 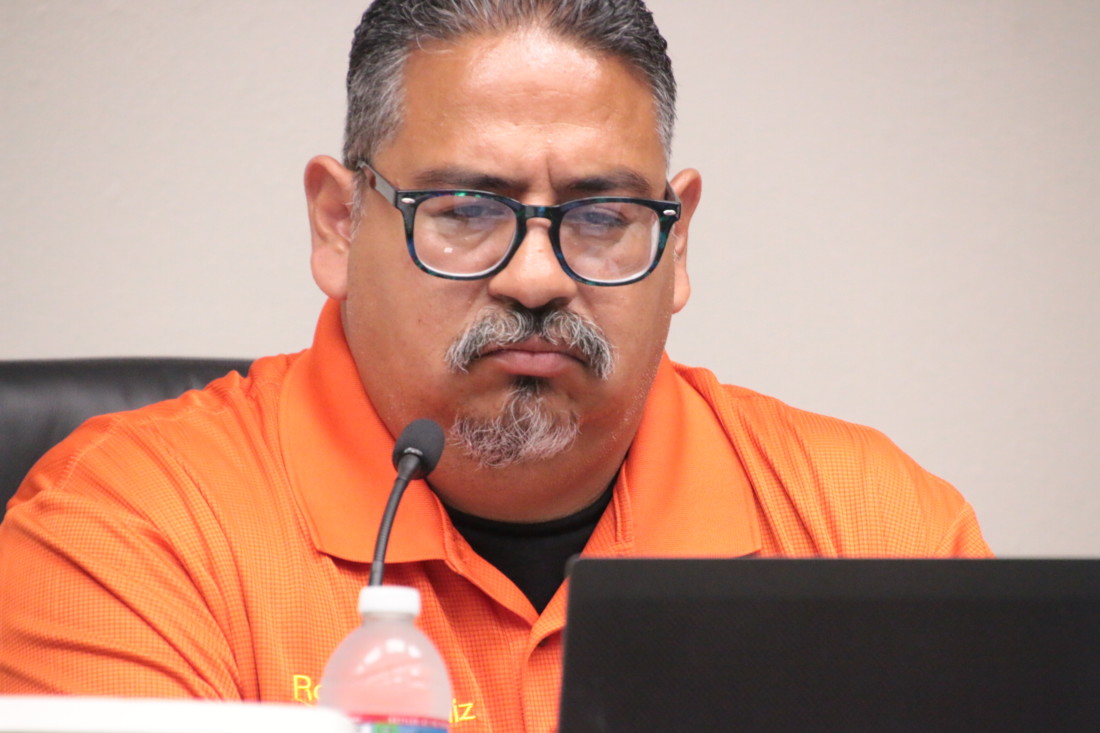 Council members Rick Perez and Dolores Morales voted against the measure. Perez said if it had passed it would mean only wealthy individuals would be able to run for city office because they could contribute as much as they want to their own campaigns, while everyone else would have to account for every contribution up to $250, the maximum a person or entity can donate to Hollister City Council candidates.

“If the council wants to make rules that my constituents can’t support me, there’s something wrong with that,” he said. “I don’t have a lot of money and I can’t loan myself money.”

The stated intent of the ordinance was to “place realistic and constitutionally enforceable limits on the amount which may be contributed to candidates’ political campaigns in city elections, for the purpose of preventing potential improper or undue influence over elected officials by campaign contributions.”

Nova Romero, deputy city clerk, said the council already established its own campaign contribution limits on June 21, 2021, that are stricter than the state’s limit of $4,900. She said the council had requested the requirements be restated to include enhancements, or punishments, to make the ordinance more effective. If the emergency ordinance had been adopted, it would have taken effect immediately.

The proposed ordinance stated that any person found guilty of violating the city’s contributions law could be fined $250 for the first 30 days after the violation, $500 for the next 30 days, and $1,000 for any period in excess of 60 days.

Morales said there were a lot of unanswered questions connected with the ordinance and recommended the council not consider it because “it has a huge negative impact on anybody thinking of running for office.”

Speaking to BenitoLink, Resendiz accused the council members who opposed the ordinance of taking money from developers, particularly from William Lee. Velazquez said the proposed ordinance was all about transparency but pointed out that Political Action Committees (PACs) can get around the rules, which he said has been “standard routine here for every election.” He went on to say that it would have put more teeth into the existing ordinance.

Even though the mayor said PACs get around the rules, it is not illegal to take contributions from PACs, and Morales has been transparent about doing so. PACs raise money to fund their political activities and may make direct contributions to certain campaigns. State PACs are governed by state laws while federal PACs operate under the rules of the Federal Election Commission. As long as candidates report their donations as required, they are not getting around the rules, according to the National Democratic Training Committee.

Resident Mia Casey agreed with the need for campaign finance reform and reporting large contributions, but was disturbed by what she called “unnecessary punitive language, especially the threats of misdemeanors and invalidations of elections.” She added that the Fair Political Practices Commission that oversees the entire state normally only issues warnings. “So, why these draconian measures?” She said the $250 limit creates an “uneven playing field and an artificial socioeconomic divide.”

Elia Salinas of Hollister claimed the reason for the ordinance was that Velazquez and Resendiz “want to know where you’re getting your money so they can attack you and say you’re being supported by special interests or developers. This isn’t about transparency.” She said the other three council members have been transparent all along, but the mayor is self-funded with a budget of over $300,000. “I’ve never accused the mayor of being backhanded, but they’re ready to tell you if you get $1 from Joe Smith who owns ABC company, then you’re going to do a backdoor deal.”

Through the years, Velazquez has been critical of any local politician who he believed accepted contributions from real estate developers, yet his company, American Electric, is an electrical contractor with $3.76 million in revenues, according to Dun & Bradstreet. He also owns Ignacio Velazquez LLC, and The Vault, both of which are listed as commercial real estate companies, according to his Fair Political Practices Commission filing.

“I am disappointed that Mr. Resendiz would suggest a modest contribution from the Lee family would be something negative,” Morales told BenitoLink. “Mr. Lee provides meals to families in need. Mr. Lee is well respected in both San Benito and Santa Clara Counties. I am proud that an outstanding member of our community supports my campaign.”

Perez did not respond to BenitoLink’s request for a comment.