Claiming elected leaders have violated their oath of office, Courtney Evans intends to represent herself in court. 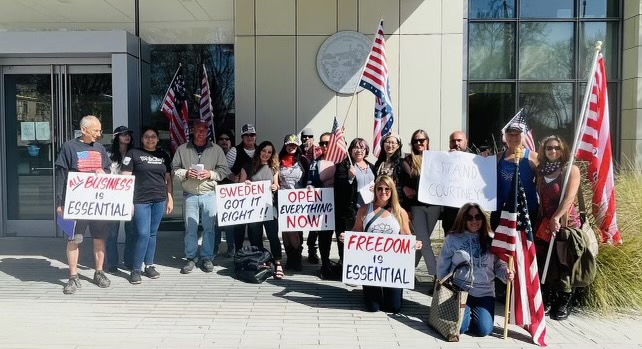 Courtney Evans and a group of supporters outside of the Superior Court of San Benito County on March 30, 2021. Photo courtesy of Courtney Evans. 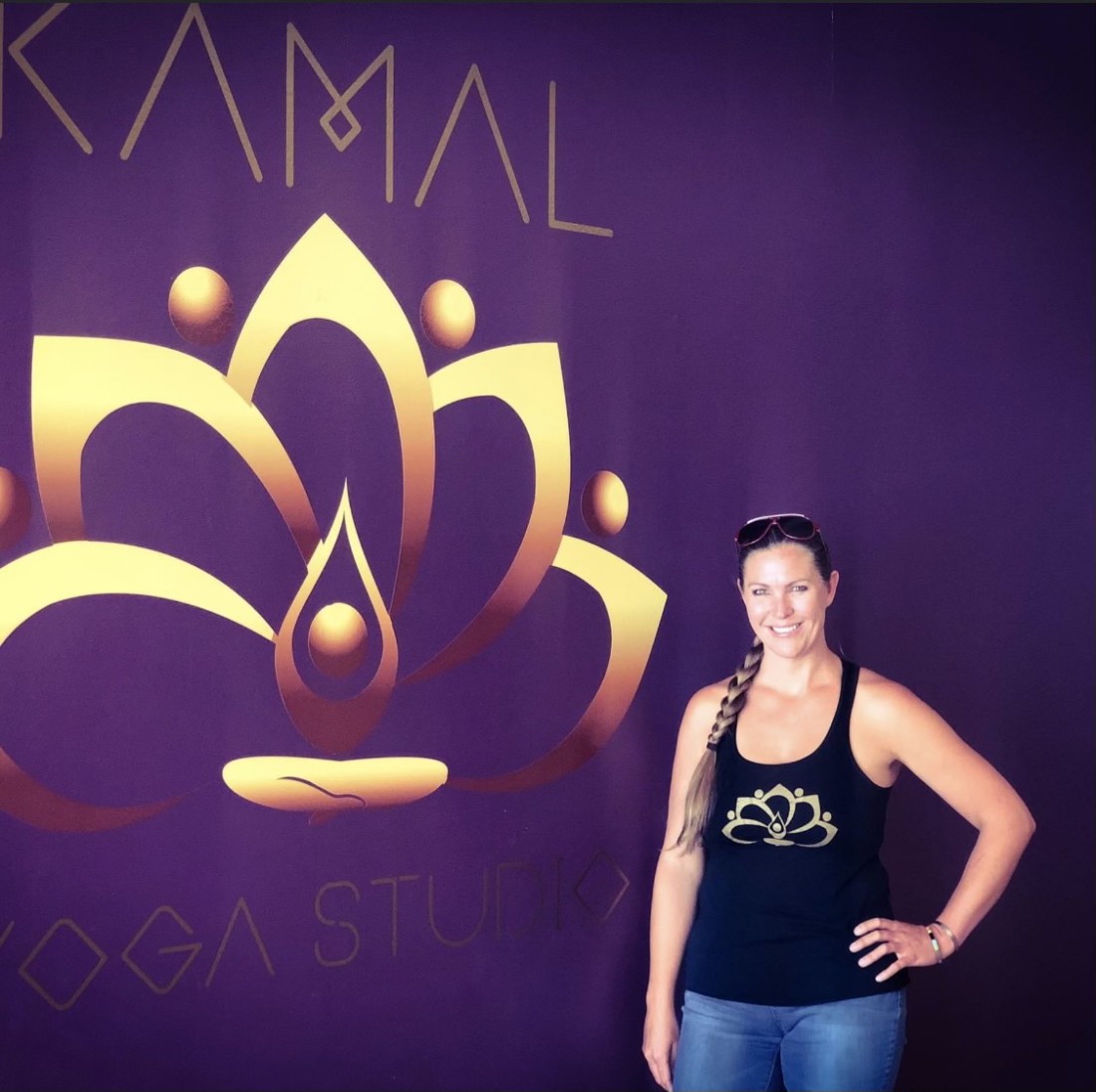 Courtney Evans of Hollister has attended local rallies, protests and government meetings to voice her disapproval of California’s COVID-19 public health protocols including requirements for face coverings, sheltering in place, and ordering businesses to halt operations.

And even though Evans, 38, who owns the Kamal Yoga Studio in Hollister, was arrested in December when she attended a San Benito County Board of Supervisors meeting without a mask, she’s not backing away from her ideals.

But as California reopens, her fight has turned to a legal defense against charges of trespassing and resisting arrest. Despite new legal barriers, she plans to go forward without a lawyer.

Representing herself in court, Evans has not yet made it through the courtroom doors. She has been denied access because she refused to wear a mask. She pointed to spiritual beliefs that she says are based on science.

“I believe that the breath is your lifeline,” Evans said. “That is the body’s number one resource to detox and release the toxins that build up in the body.”

She believes elected leaders have violated their oath of office.

“I have decided to stand to uphold law and order as it stands in the state of California through our California Constitution and hold our elected and our county staff accountable for their actions because I believe they are fraudulent charges based upon lies,” Evans told BenitoLink. “And I believe that our elected officials are acting against their oath to the Constitution.”

Evans has submitted multiple petitions to the courts, such as a demand for a speedy trial and motion for fair and impartial hearing, a demand to review all available evidence and a request to access the public law library. Her library petition was denied.

Evans has previously told BenitoLink that she won’t attend her hearings through Zoom, which the court has made available, because it’s unreliable. She said the judge repeated multiple times on Feb. 16 through zoom that the court could not hear her.

While Evans has not used Zoom to attend the hearings, a group of her supporters who identified themselves as We the People, did so in her March 9 hearing.

BenitoLink requested the transcript of Evans’ Feb. 16 hearing, and was told by a clerk that no transcript was prepared, as the court normally makes a clerk recorder available for felony cases only, not misdemeanors, which is what Evans is facing.

Evans said the courts have ignored a demand to review evidence in her case.

“They [the District Attorney’s Office] refuse to give me the evidence against me,” she said. “They told me they would only release it to a lawyer.”

“Furthermore, as you are not the attorney of record nor have been recognized by the court as acting as a pro per defendant you are not entitled to discovery in this case,” Baird states in a February email to Evans obtained by BenitoLink.

Evans’ refusal to wear a mask to her court hearing or attend it via Zoom resulted in a warrant for her arrest on March 30. She was arrested outside the San Benito County Board of Supervisors chambers on June 8.

Using the honor system, on June 28 the Superior Court of San Benito County began to allow vaccinated persons to enter the court without masks.

Evans’ next hearing is scheduled for Aug. 10. “I intend to continue to fight,” she said.