Public urged not to wear face covering in public and get involved with local government. 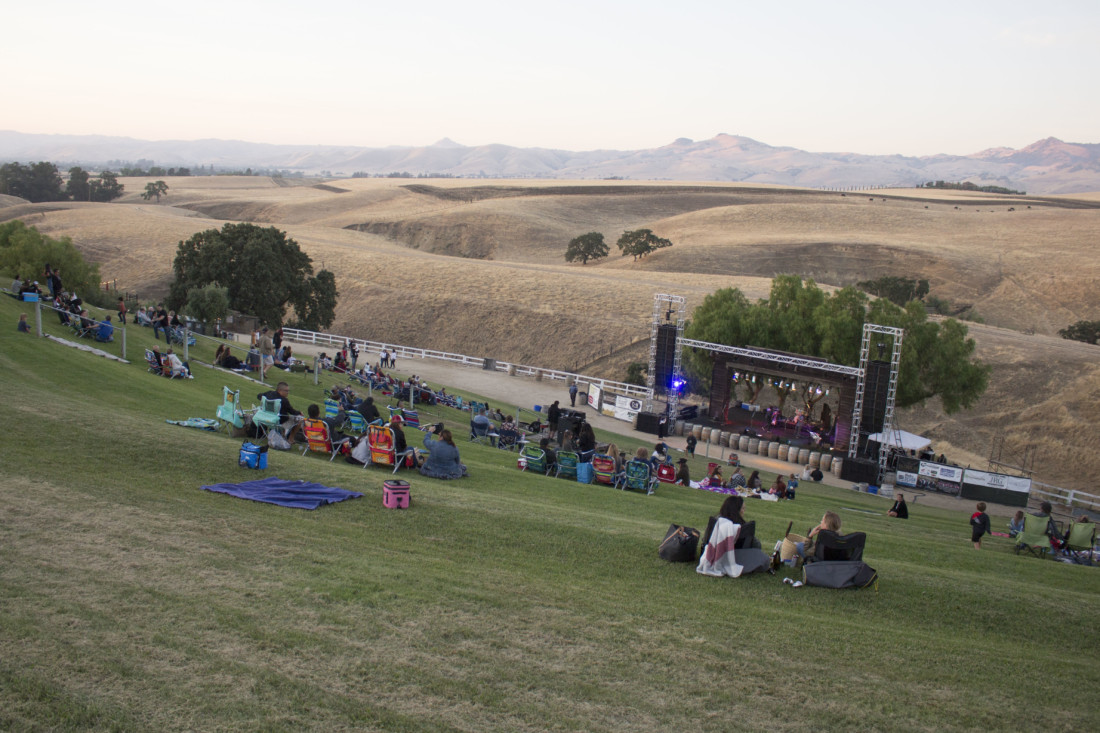 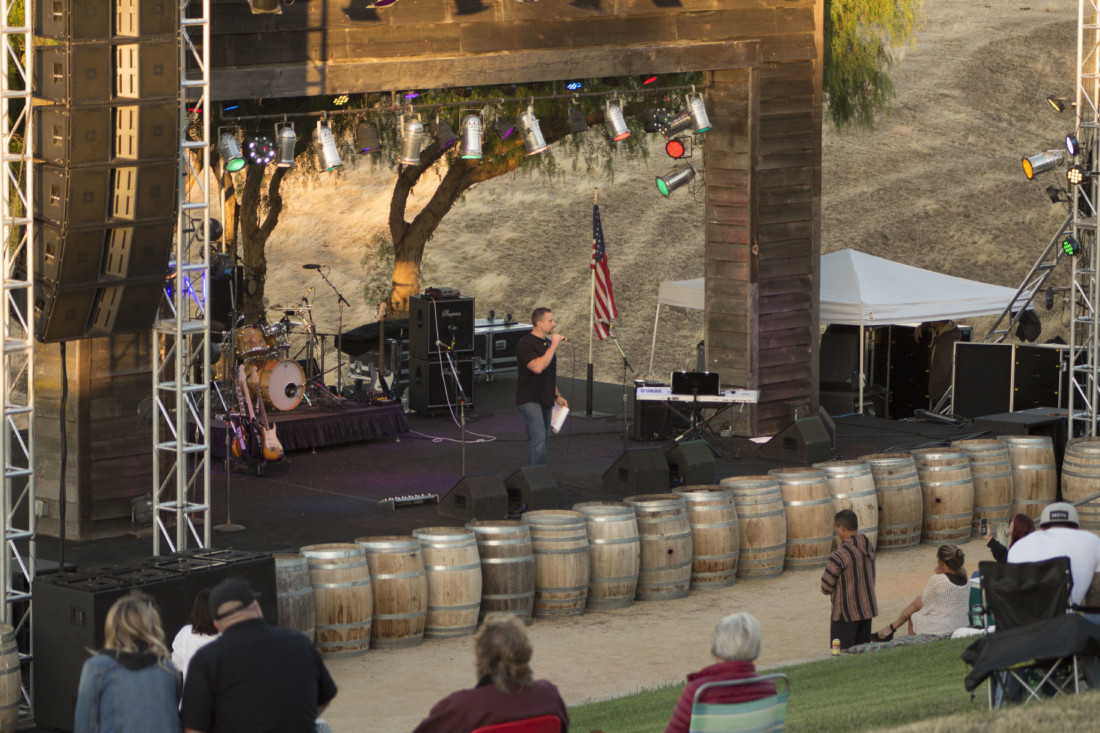 Hunter Cuneo addressing the public during the rally. Photo by Noe Magaña. 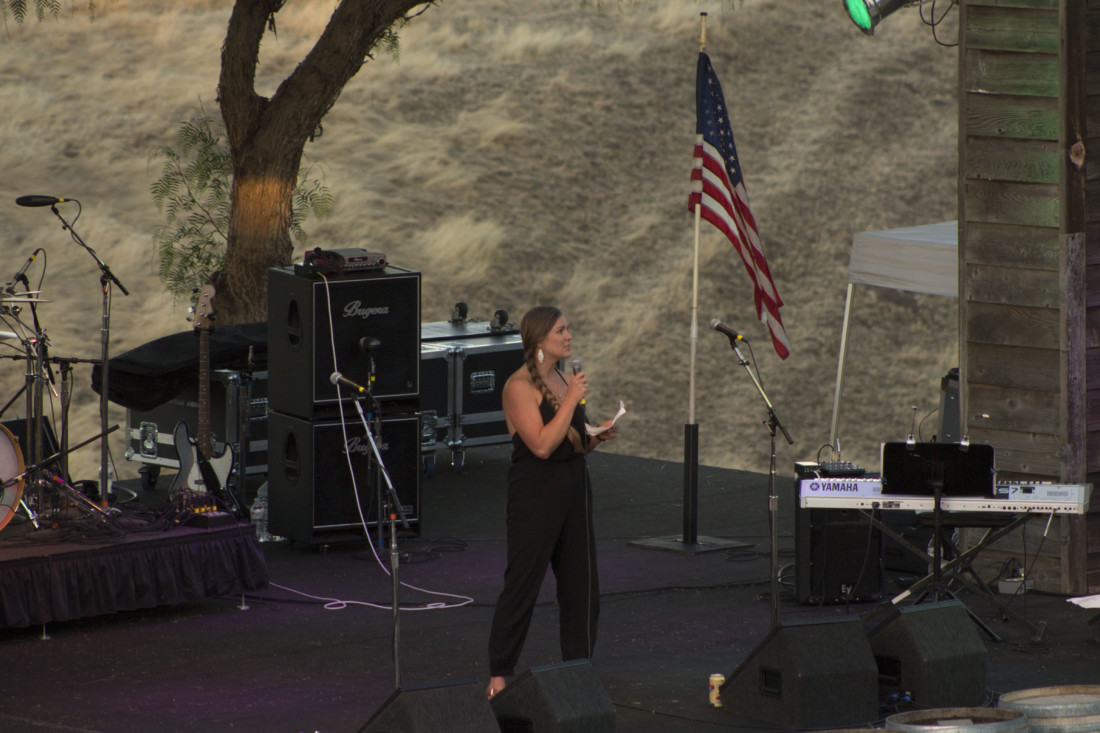 Courtney Evans urging attendees to get involved in local government during the OpenSBC event. Photo by Noe Magaña. 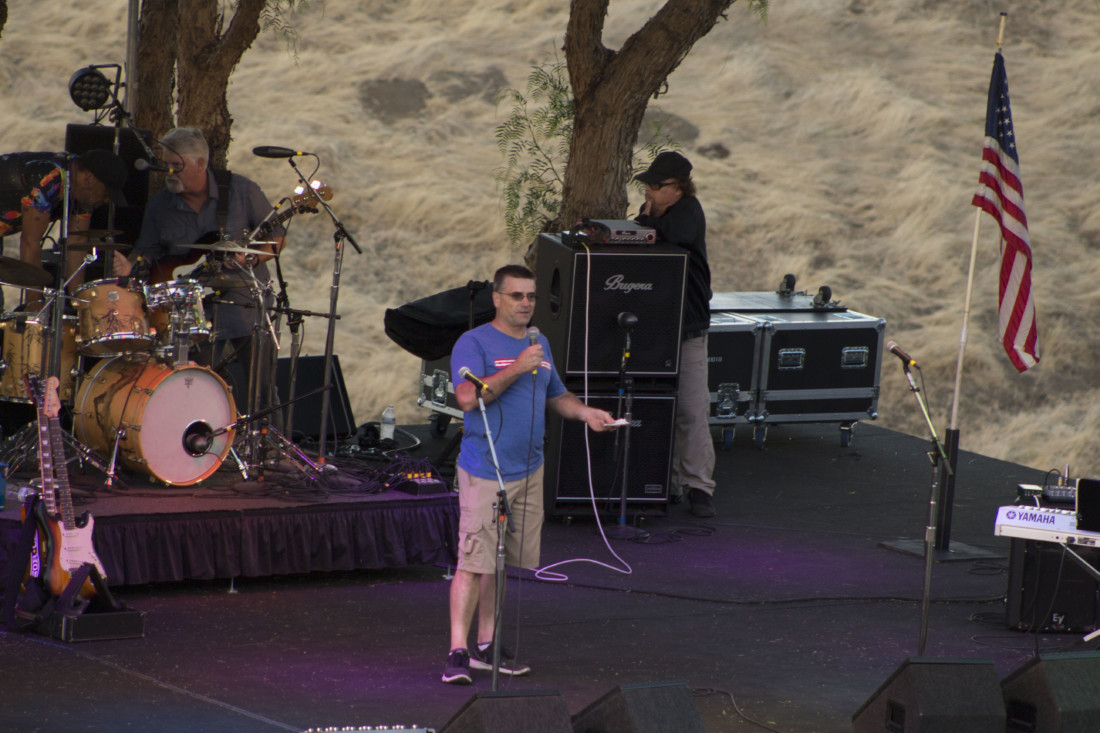 David Patrick used an artichoke analogy to describe how the government has taken away liberties one petal at a time. Photo by Noe Magaña.
×

About 150 people gathered for the June 20 #OpenSBC rally that featured music by Burnin Vernon Davis and Bad Influence, three speakers and a booth where volunteers were collecting signatures to recall Gov. Gavin Newsom. The gathering took place at the Guerra Cellars in Hollister.

While children enjoyed running around the grassy hill in front of the stage which also served as the seating area, most adults sat and enjoyed the music while a few others danced nearby.

As the sun began setting behind the mountains, San Benito County residents Hunter Cuneo, Courtney Evans and David Patrick addressed the public, calling for participation in local government and civil disobedience actions to oppose the face covering order adopted by the county on April 27 and by the entire state on June 18.

Cuneo said while people who oppose the shelter in place order are called selfish, they don’t want to see their neighbors lose the ability to provide for their families and “needlessly suffer.”

“Maybe that was our grievance, not that we all wanted to selfishly get haircuts and tattoos,” Cuneo said.

The county’s shelter in place order took effect on March 18, a day before the state adopted a less restrictive order. The county has been following state guidelines since May 3, when the county’s order expired.

Cuneo claimed that people who support shelter-in-place don’t care about lives but only care about saving their “biological existence.”

“An existence where our elderly are isolated, our kids are yanked from schools, yanked from their sports, their peers,” Cuneo said. “The new normal they call it, of Zoom playdates and drive-by birthday parties. Handshakes and hugs are acts of civil disobedience now.”

Cuneo then focused on the face covering order, which he called “evil, suffocating, diabolic muzzles.”

“It’s become a cult because the mask promoters feel they are in a cause greater than themselves,” Cuneo said. “That by filtering their faces they become heroes. Saving the lives of their fellow citizens. The mask has become the ultimate virtue signal.”

Near the end of his speech, Cuneo challenged the public to come together to disobey the face covering order.

Evans said people need “demand that our elected officials represent the people with dignity, the highest of morals, values and ethics. They work for us. We don’t work for them.”

Patrick, the last speaker, said he has been everything from a paperboy to a chef but never an outlaw.

“On March 19 I became a criminal when I wanted to go to work,” he said. “It was illegal for me to go to the park and play with my kid. If I want to feed my family or pay my bills, that’s illegal.” He went on to say the government has made “breathing illegal.”

Using an artichoke analogy, Patrick said the government has slowly peeled the petals, representing his liberty, and now only the heart remains.

“There’s no more petals of liberty left. Now they are down to my heart,” Patrick said. “But they are not going to get my heart. That’s where our freedom comes from. It’s God-given.”

The attendees mostly cheered and applauded the speakers, except for one woman who walked away from the seating area as Cuneo began his speech. She occasionally yelled at a distance in disapproval of the speakers’ comments.