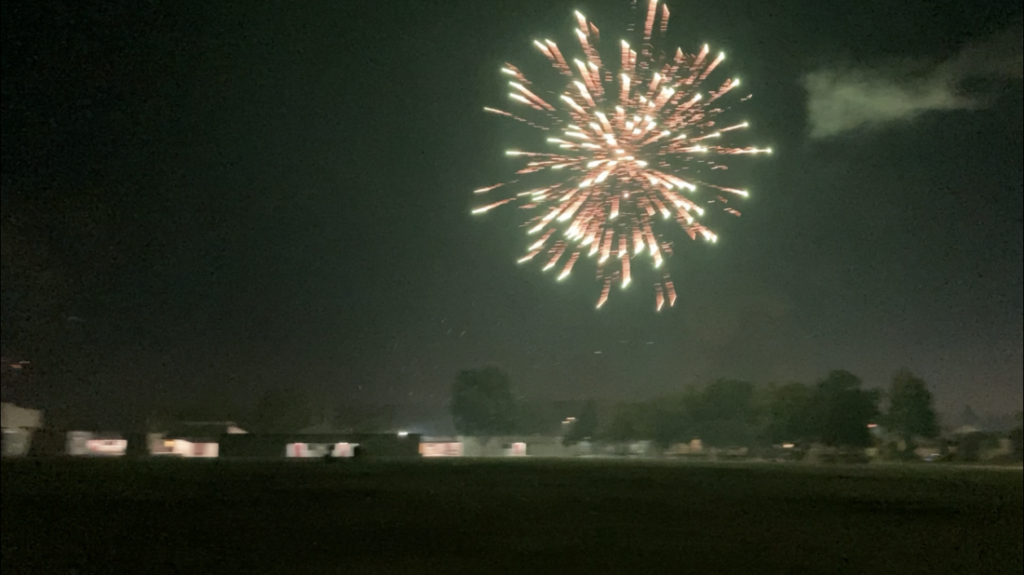 The end of June to the Fourth of July has the booming sound we all know so well: fireworks, legal and illegal.

To avoid being fined, residents are advised to use only “safe and sane” fireworks, those that do not go more than 15 feet in the air, and to use them only within Hollister and San Juan Bautista city limits.

The San Benito County Board of Supervisors banned the use of all fireworks in 2021 in unincorporated areas of the county. The fines go as follows: the first offense is $1,000, the second offense is $2,500, and the third offense is $5,000. Ongoing offenses will cap at $5,000.

Keylon said, “I know in the past there’s been citations issued within the cities to individuals that are caught igniting illegal fireworks, and there’s a potential for the property owners to be cited as well if they’re allowing guests to fire off illegal fireworks.”

A Ridgemark resident who requested that her name not be used said she is concerned about the implications fireworks have on the environment, her pets and the close quarters of her neighborhood. She added she is also concerned about fire hazards because of the drought.

Reflecting on last year, she said her pets were in a panic when the fireworks went off and felt as if they had nowhere to go.

“People should use fireworks in a compatible way to the environment they live in,” she said.

For this reason, Reynoso said there will be no tolerance for the use of illegal fireworks and citations will be given to those caught with them.

Hollister Police Department posted on its Facebook page, “Aerial Fireworks and any fireworks that explode or do not have the seal of the California State Fire Marshall on the package are illegal in Hollister.”

According to the post, there will be at least five officers in unmarked police cars, walking in neighborhoods, and using drones to enforce Hollister’s fireworks ordinances.