Over 2,600 acres to be protected; development is still planned on 60 acres near Highway 101. 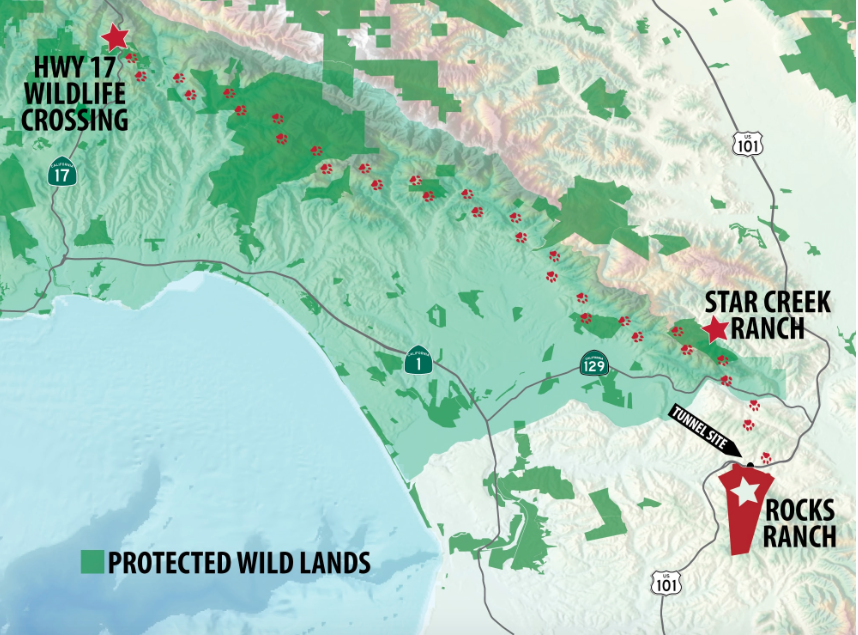 Image from the Land Trust of Santa Cruz County. 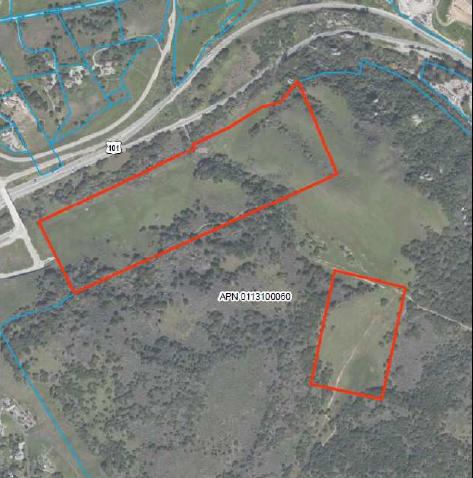 Rocks Ranch. Image from the Sept. 24 SBC Board of Supervisors Meeting Agenda Packet.

The Land Trust of Santa Cruz says it will protect 2,640 acres of Rocks Ranch, according to a Feb. 11 press release.

A portion of Rocks Ranch, owned by the Bingaman family since 1947, is one of four disputed sites in a commercial rezoning effort along Highway 101. On March 3, San Benito County voters will decide if 60 acres of the Rocks Ranch property will be rezoned from agricultural to commercial through Measure K.

“At one time, it was being explored for development, all of us should be so grateful to the Bingaman family and the land trust for preserving these lands forever,” San Benito County Supervisor Anthony Botelho said in the land trust press release.

The ranch has a 4.4-mile-long stretch of intact habitat and is located next to a tunnel system under the highway that could become a wildlife corridor. Stephen Slade, executive director of the Land Trust of Santa Cruz, has spoken with Caltrans about making improvements in the tunnels, according to the release.

“They need to get to the Gabilan Range to the south,” Slade said, referring to the area’s mountain lions. “This is the first critical step.”

While over 2,000 acres are set to be protected, the Bingaman family will still own the adjoining 60-acre property where development is planned. According to county maps, the Rocks Ranch node includes two separate areas with the largest one near Highway 101. Bingaman told BenitoLink that 20 acres of the node was included in the deal with the land trust.

“It’s a win-win for us and for wildlife, and the citizens of the San Benito County, which is desperate for tax revenues,” Bingaman said in the release. “I’m glad not to see it all built up.”

State Senator Anna Caballero congratulated the Land Trust of Santa Cruz for a deal she called a “wise investment and stewardship.” State Assemblyman Robert Rivas also hailed the project as something that will “ensure the preservation of open space and provide wildlife corridor that will benefit the surrounding habitats.”

The land trust did not disclose details of the transaction, which will take several years to complete as they seek private and public funding. The organization expects to close escrow this summer. While it anticipates state funding, the land trust will also launch a fundraising campaign in the fall to cover pre-acquisition costs for attorneys, appraisals and staff time.