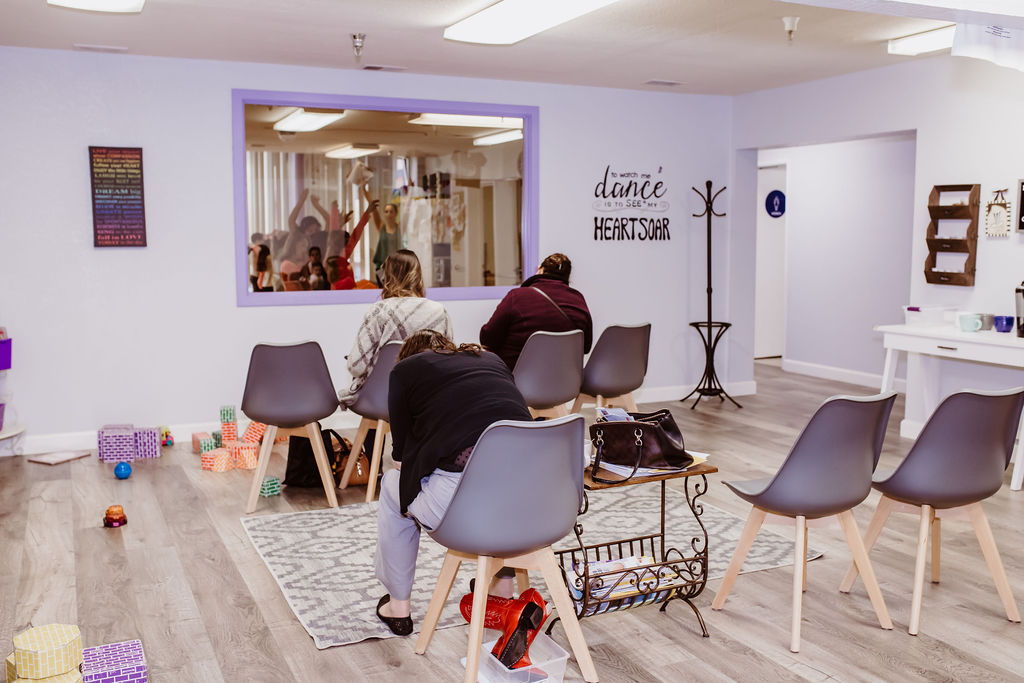 Parents wait in the lobby while dance classes are in session. The toys and puzzles seen on the floor have since been removed. Photo by Janelle Cuilla and provided by Amy Redmond Waran. 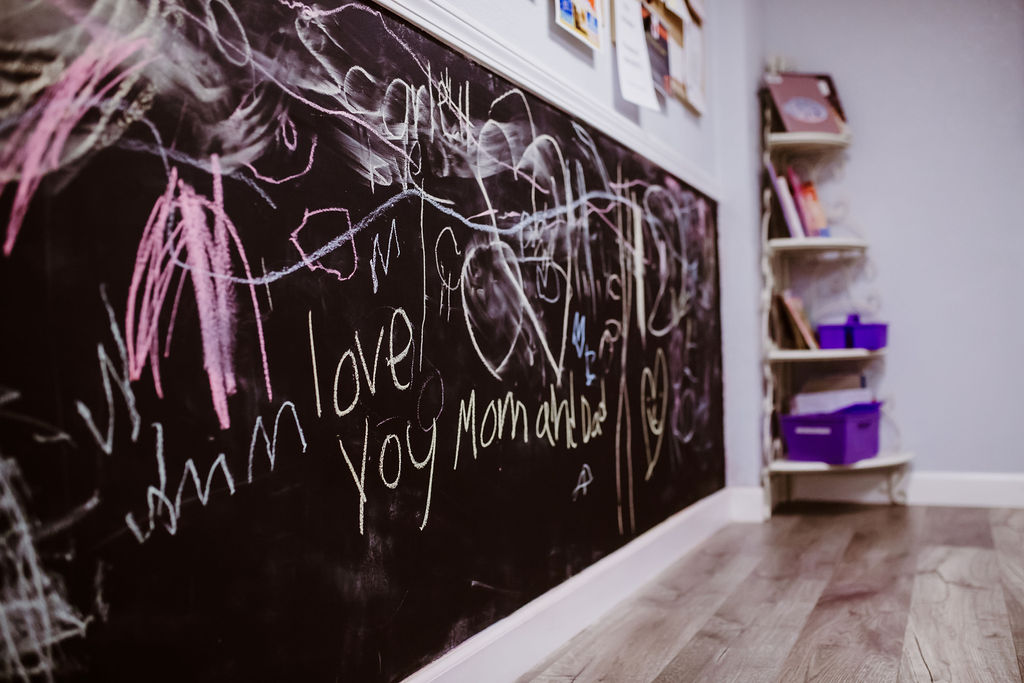 Drawings on the chalk board before Flying Colors implemented preventative steps to limit exposure to COVID-19. Photo by Janelle Cuilla and provided by Amy Redmond Waran. 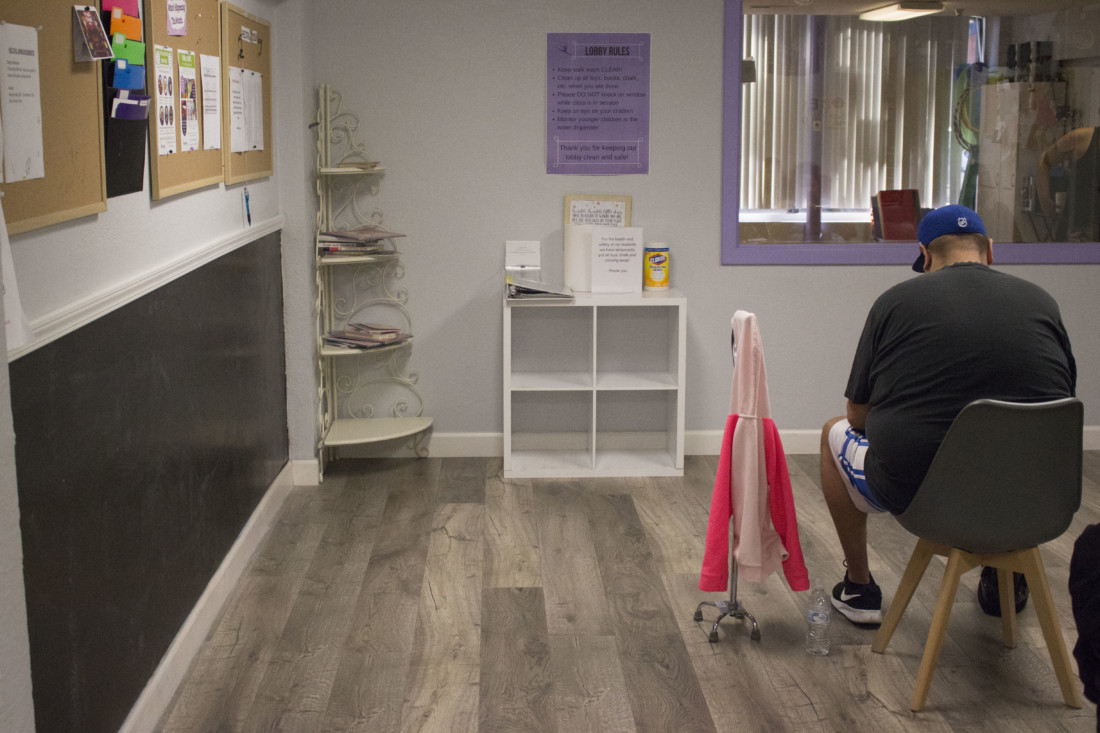 Empty cubbies where toys used to be, and unused chalkboard in the lobby. Photo by Noe Magaña. 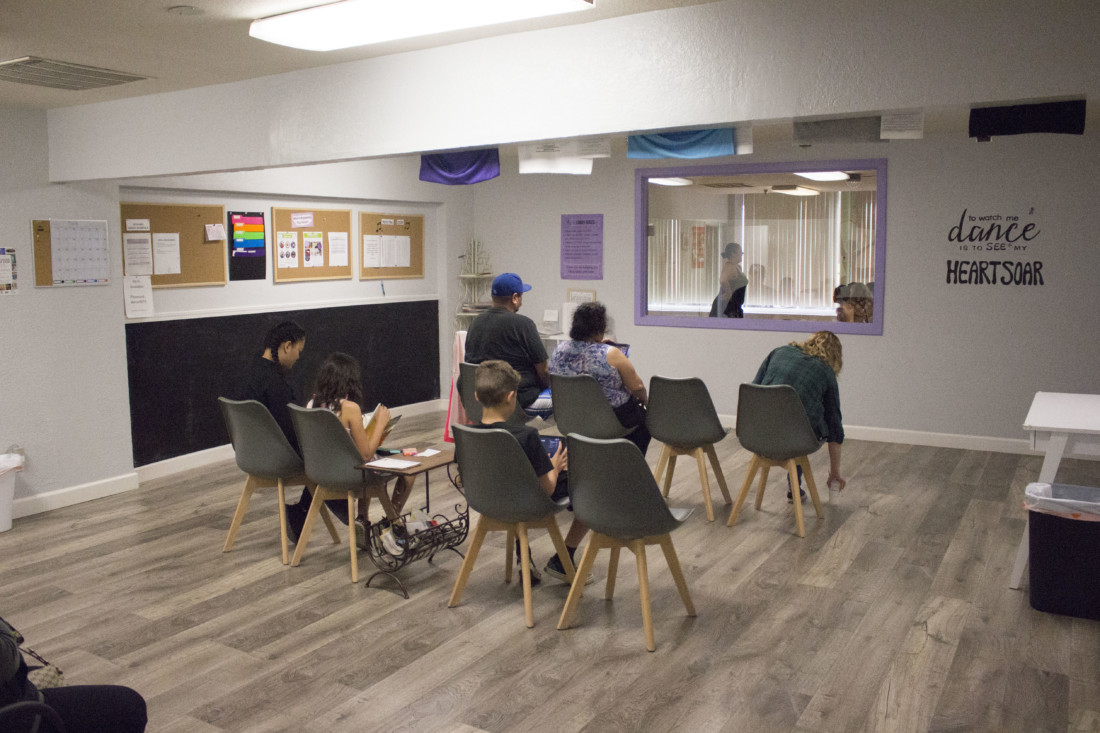 The Flying Colors lobby on March 12. The studio removed toys from the lobby such as blocks, puzzles, chalks, crayons and coloring books to minimize exposure to viruses like COVID-19 and the flu. Photo by Noe Magaña. 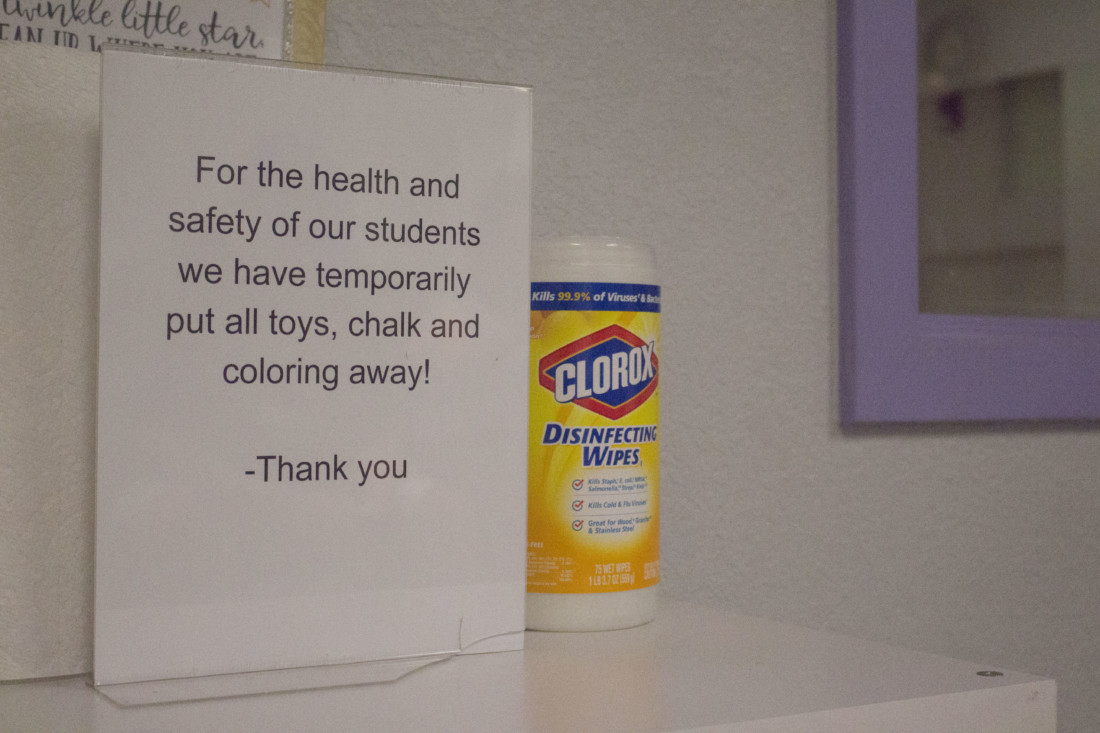 Clorox wipes available to parents and staff in the lobby. Photo by Noe Magaña.
×

With over 1,000 confirmed cases of the novel coronavirus (COVID-19) in the United States, three of which occurred in San Benito County, Hollister dance studio Flying Colors Dance & Fitness is taking preventive steps to deal with the outbreak.

The studio, which has 196 students ranging from toddlers to adults, removed toys from the lobby such as blocks, puzzles, chalks, crayons and coloring books to minimize exposure to viruses like COVID-19 and the flu.

“We’ve gotten a lot of support from parents [saying] ‘That’s a great idea. Thank you for taking those measures and steps to keep everyone safe,’” said Amy Redmond Waran, studio owner and artistic director.

Aside from disinfecting the classes, lobby and equipment more frequently, Redmond Waran is making more sanitizers and disinfecting supplies available to clients and staff.

“If they feel they want to clean something or get something taken care of they can,” Redmond Waran said.

The COVID-19 outbreak coincided with the studio changing cleaning companies to meet Redmond Waran’s standards, she said. Before the outbreak, the studio was deep cleaned twice a week. Now it’s a daily process. And while cleaning was common practice following toddler sessions, it is now standard procedure after all classes.

“I told my teachers if they use the bars in the class they need to take the Clorox wipes and clean down the bars and props that we use for the kiddos,” Redmond Waran said.

While she hopes COVID-19 does not have a severe impact on the community, Redmond Waran is mentally preparing for the worst-case scenario. If she has to cancel in-person classes, she said she may rely on technology to continue instruction. In dance communities affected by COVID-19, such as Italy, they do classes over video using Facebook Live or Zoom webinars, she said.

“For us, as a service business it’s devastating,” Redmond Waran said. “I can’t shut down for months at a time. That would be a huge loss for us. Probably I would have to take out a loan to keep paying my rent and paying my employees.”

The same uncertainty exists with the studio’s dance team performances planned for April, including one at Disneyland and a class recital in May. Redmond Waran said that while she continues to monitor the cancelation of events, she’s also asking for input from parents.

“Within a couple of weeks of that performance we’ll make a decision about whether we feel comfortable, and I’ll be discussing that with our parents as well,” Redmond Waran said. “I want to know what they’re comfort level is. That’s the most important.”

Parents are also doing their part to prevent the spread of illnesses. Redmond Waran said though the studio has a strict attendance policy, there has been a drop in attendance of students who come in with symptoms such as the sniffles or runny nose, common especially in the youngest classes.

“I have noticed that everyone seems to be really healthy who are coming to the studio and people are really respecting the space and calling in,” Redmond Waran said. “They are taking the appropriate steps to make sure they are not spreading anything.”