The Breeze From San Juan: Column by Bob Reid

My first baseball game was the Giants vs the Dodgers at Seal Stadium, According to the photograph, I was a Dodger fan. We all were. Jackie Robinson brought us to the Dodgers. I was not yet born in 1947 when Jackie broke the color barrier in baseball.  I experienced a little of what that meant to the people in my greater family when Joe Louis, or Floyd Patterson would win a fight and somehow it was like he had won it for us.

Jackie Robinson was part of family lore because he had gone on a date with my mother. My grandfather disapproved of him because he was “too black”. My grandparents could certainly be as prejudiced against people of color. I also noticed how conservative they could be about other groups who were outside of their comfort zone.

I was all of 6 years old at that game. That soon changed and the Giants became the only team our family rooted for. One of my dad’s friends had been in the Army with Willie Mays and he took us to his house in San Francisco. He autographed our baseball gloves.

Now I think back at what that was like for my father to take his kids to their first game and to watch Jackie Robinson and Willie Mays play the game he loved. One of the games he loved. My dad had played semi-pro baseball for the Oakland Oaks. He played against Jackie Robinson, who played for the Kansas City Monarchs. My dad also loved football. He had played professional football for the Oakland Giants in the Pacific Coast League which had been a professional league which was integrated unlike the NFL of the 30s and 40s.

A few years ago I found an article on the internet which described my father as one of the players who would have made a mark in the National Football League, had Colored Americans been allowed to play. Mel Reid was listed as a triple offensive threat who could pass, run and kick. He played quarterback for the Oakland Giants and for the Honolulu Warriors and was chosen for the All Star team for the league.

My dad was denied the opportunity to play in the NFL due to a back room agreement among NFL owners not to sign black athletes. Paul Robeson and others had played in the 20's, but during the 30's and 40’s there was a lockout and my father was one of those on the wrong side of the door.

My Father had been the first “black” football player at the University of San Francisco, the Jesuits being a bit bolder than other colleges.

After the attack on Pearl Harbor, my dad enlisted in the Navy. On his arrival at Great Lakes Naval Station, the black enlistees were all told to move to one side of the room and were all to be made cooks. My father objected saying that he hadn't joined the military to be a cook. He challenged the discrimination. They spent several days interviewing him and concluded that since he was accustomed to being a leader he might influence others to his viewpoint and they gave him an honorable discharge. He spent the war working in the shipyards and as a playground director.

In addition to football my dad played semi-pro baseball for the. One of the pitchers on the Oakland Oaks was future Mayor of Oakland, Lionel Wilson, one of my many “uncles”. When my parents discovered that no one would sell land to them out in the Diablo Valley, because they were not white, Lionel's wife, Betty, who was white, bought the land and turned it over to my parents. They built a house on the land.

When I was two, we moved from West Berkeley, which was a darker shade of Berkeley, to Walnut Creek, where we were the only "colored" family in the area. I was aware of what everyone around me was, but only vaguely aware that I wasn't. Mostly when I would need an explanation for what someone had just done to me.  . . . being told to leave a store, or barely noticed whispers. I remember thinking that everyone probably had rocks thrown at their houses in the middle of the night. There was no other explanation available to me until I was older.

Living in San Benito County I usually find a mixture of people around me. All of the brown skin is comforting to me, even though I grew up in a world where 99% of the people I went to school with, played sports with, did everything with were “white”. These days I find it interesting when I am in gatherings in which I am the only person of color. I always wonder what circumstances created that situation. I often find myself skating between worlds, going into the stores which cater to the Spanish speaking members of the community and am always flattered when I am taken to be Latino. Most often, I am in situations where those around me assume I am whatever they are, or at least some version of that. That they are being inclusive warms me. Sometimes I look around and wonder if anyone else is aware that everyone in the room is “white” and how that came to be. What filters caused that to happen? Am I the only one in the room who is aware, or concerned about it.

I ask you to join the game and notice when you are in a room full of people, “Who is here?” and “Who is not here?” I would be interested in what you come up with. 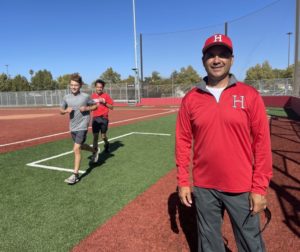 Work starts on building a competitive team for the future. 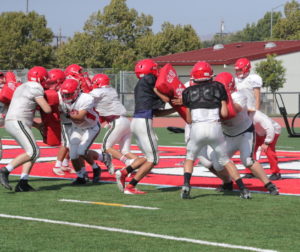 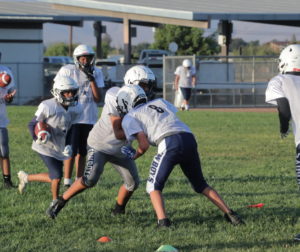 Scrimmage games begin a week prior to the Aug. 28 season opener.