Preliminary results expected by the end of August 2021. 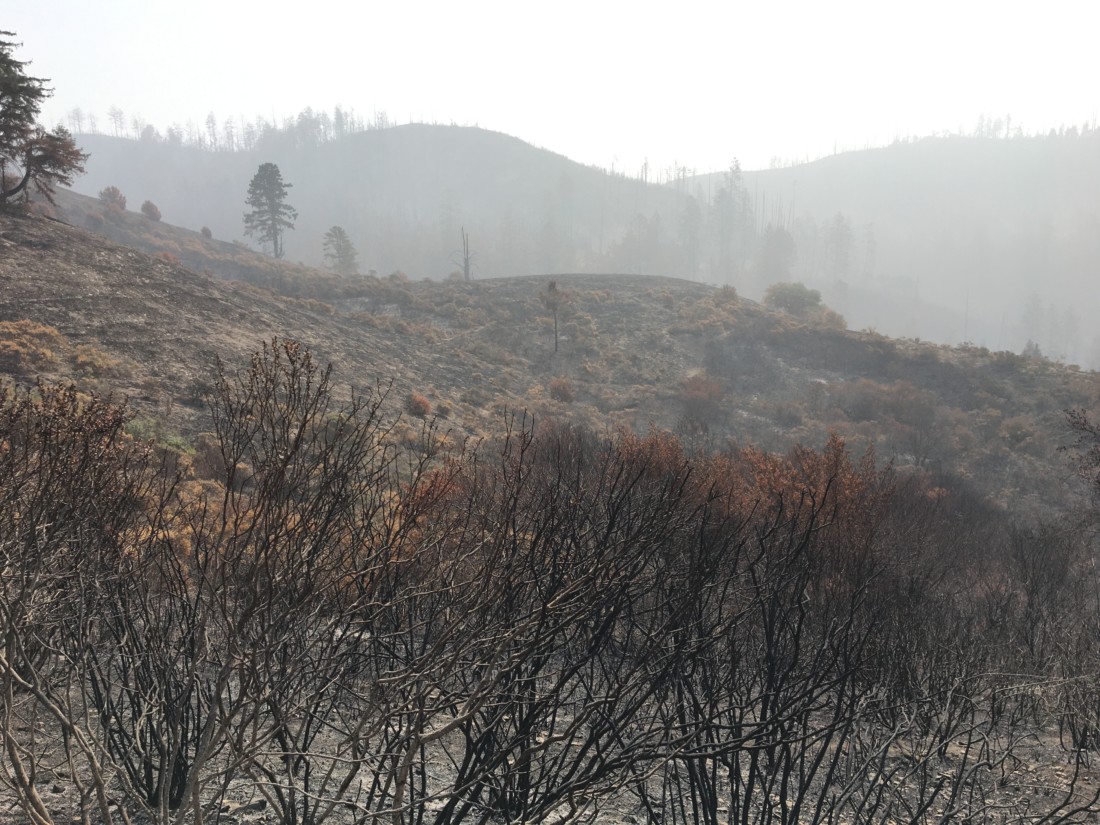 Haze and burned shrubs from the CZU fire. Photo taken on Sept. 14, provided by Devii Rao.
×

This article was contributed by Devii Rao, livestock and natural resources advisor for the UC Cooperative Extension.

UC Cooperative recently wrapped up a grant that explored the benefits of livestock for fire fuels reduction and fire safety. The next phase of this study has just been initiated. The research team will build on their prior work to calculate the particulate matter (PM) and greenhouse gas (GHG) emissions that result from herbaceous vegetation (fine fuels) consumed by livestock, compared to those produced if the same forage/fuels were instead burned in a wildfire. They will also consider the potential PM and GHG emissions from the same quantity of decaying vegetation.

In order to understand the influence of grazing on PM and GHG emissions from wildfire, the researchers will use these estimates and model results in a statewide context by:

Preliminary results are expected to be presented at a workshop or conference by the end of August 2021.

This research project is funded by the California Cattle Council.