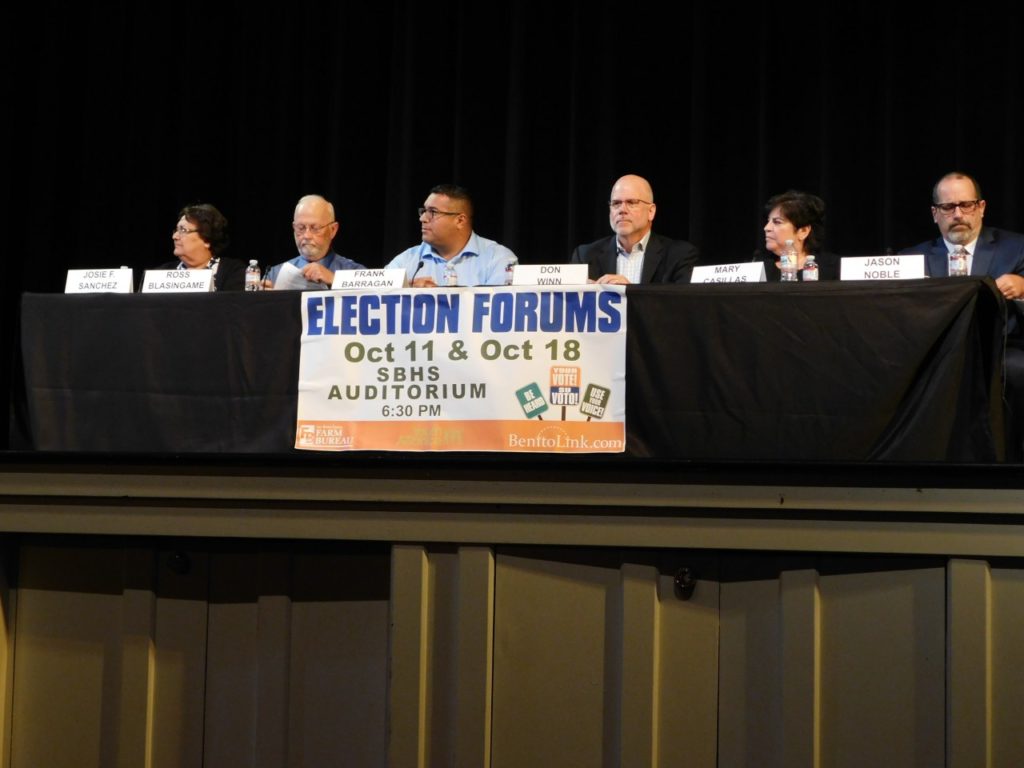 About 200 people attended the Oct. 18 event. There was an informal survey taken from those who attended and 140 were turned in to the BenitoLink team that evening. Please note that this is a very small sampling that was only taken on-site.

Question:  Do you support the following Measures?

Question:  Which Candidate impressed you the most?

(Muenzer did not attend)

(Ross did not attend)

Special thank you to BenitoLink team members and board members for their help during both forums: Laura Romero, Nicholas Preciado. Carmel De Bertaut, Blaire Strohn, John Chadwell, Noe Magaña, Lois Locci and Rohit Sharma. BenitoLink also wants to show its appreciation for the San Benito County Farm Bureau, the Youth Alliance, CTV and CMAP-TV.  Because the event outgrew the Hollister City Hall meeting room, election forums were held this fall at San Benito High School auditorium. The Farm Bureau, Youth Alliance and BenitoLink appreciate the opportunity to use the auditorium and thank San Benito High for the opportunity.