A herd of longhorns leads dozens of parade participants. 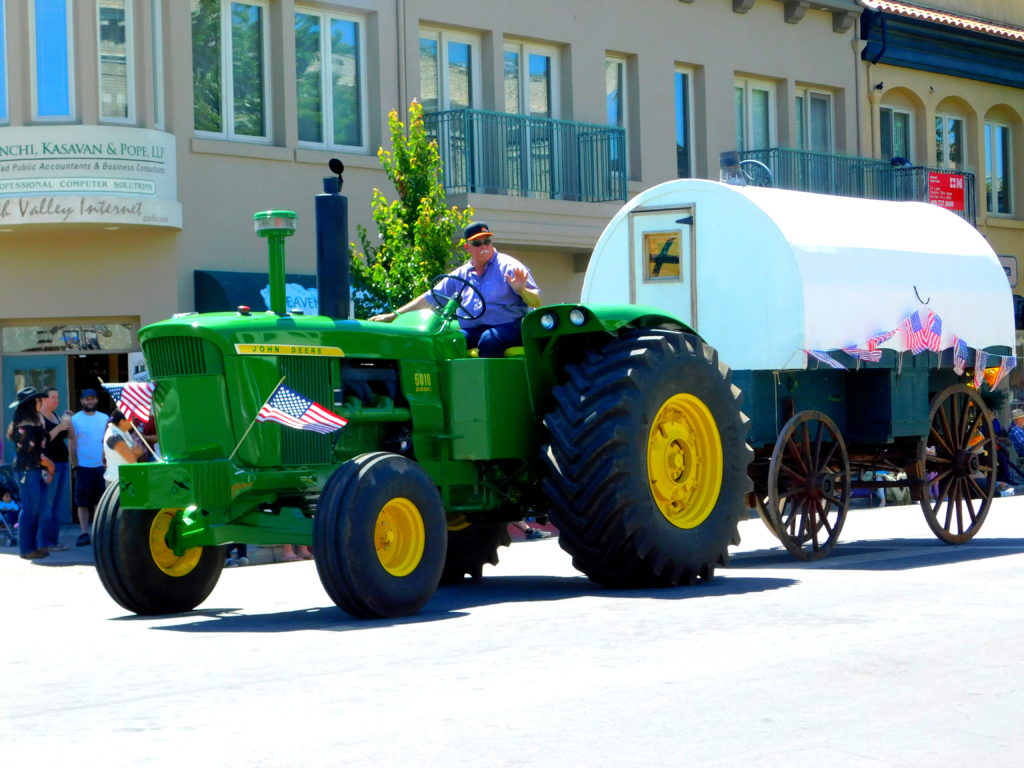 100 plus old sheepherder's wagon was restored by Dave Wright for the Downtown Parade. Photo courtesy of Blaire Strohn.

Derek Lacasa and Pat Ricotti entertain the crowd on their bucking tractor. Photo by Blaire Strohn.

The parade kicked-off a week of festivities leading up to the 86th Annual Saddle Horse & Rodeo, a three-day event starting June 28 at Bolado Park in Tres Pinos. The parade has been part of the San Benito Saddle Horse Show and Rodeo since the 1920s.

Hundreds of people lined the streets as elaborate floats, horsemen and horsewomen passed by on their trusty steeds. The parade celebrated local Western heritage by traveling the one-mile route on San Benito Street between Haydon and Fifth streets.

It was led by local ranchers Frank O’Connell (of Rancher’s Feed), along with Wyatt, Lacy, Braydee and Emett Bourdet, who drove a herd of longhorn cattle through downtown Hollister.

Before livestock was transported directly to cattle ranches on large trucks, stockyards located near where the San Benito Foods tomato cannery is today were used as shipping points where ranchers could send and receive animals.

And the crowd roared on as local cowboys Pat Ricotti and Derek Lacasa showcased their bucking tractor. Lacasa was the saddle-bronc buckaroo as Ricotti made the tractor buck.