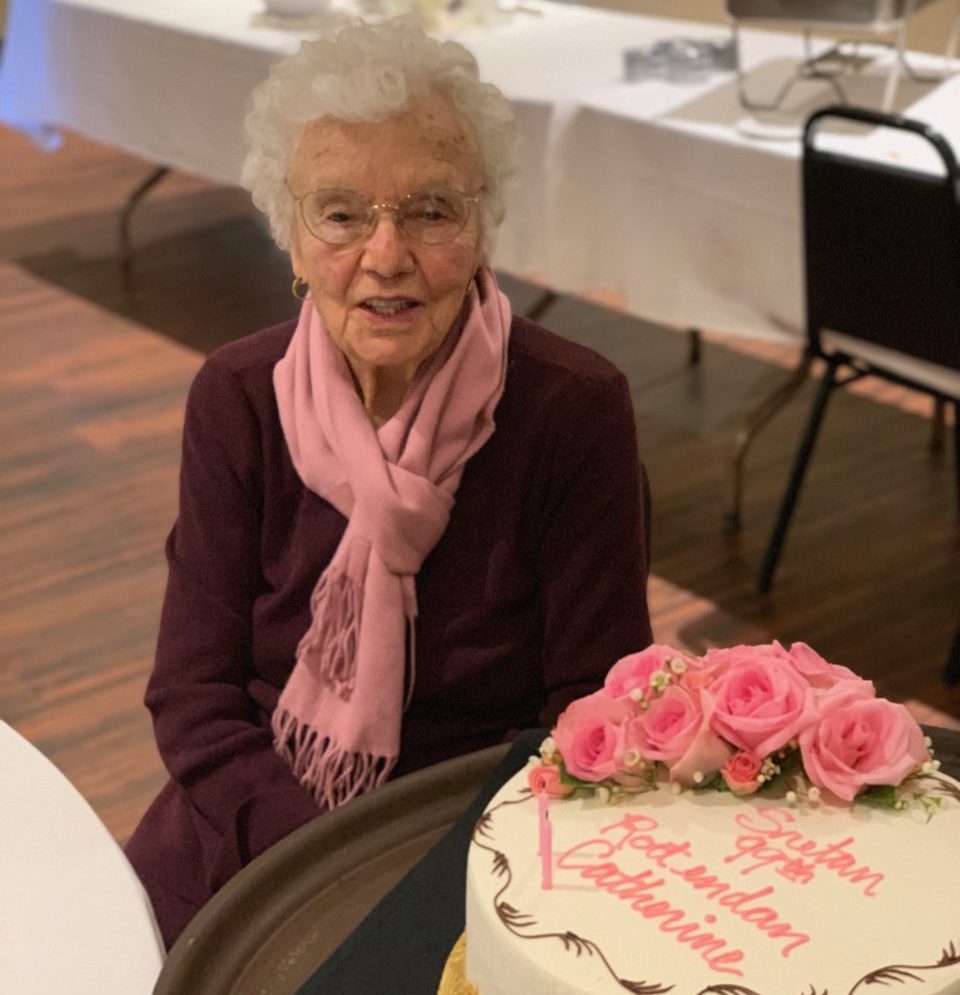 Not wanting to let the coronavirus pandemic get in the way of a centennial party, the Mifsud family of Hollister is planning a vehicle parade to celebrate resident Catherine Dabo’s birthday. The parade will pass by Dabo’s residence on April 9 at 1 p.m.

According to Dabo’s granddaughter Catherine Mifsud Heller, the plan is to have community members, including the Fire and Police Department representatives join the parade by driving their cars decorated with balloons and signs, and honking as they pass Dabo sitting on her porch at 830 Fifth Street.

“It sounds like there are a lot of wonderful people in town that want to celebrate her and despite the difference in how we’re going to do that, they still want to be part of it,” Mifsud Heller said.

The family is asking any community members who want to participate to stage near the Sacred Heart parking lot.

Dabo’s four children will be out on the lawn, adhering to six-foot social distancing recommendations. Though several of Dabo’s 11 grandchildren won’t be able to participate—one lives in Italy and others live out of state—six who live nearby will take part in the celebration. Nine of Dabo’s 27 great-grandchildren will also be attending.

Before the initial birthday plans were upended by COVID-19, the family was going to celebrate its baba—an endearing name used for grandmothers in parts of Croatia—in a big way. Mifsud Heller said they looked at renting the Veterans Memorial Building and inviting the entire town, but that can’t happen now, as large gatherings have been prohibited.

When the brick building was demolished following the 1961 earthquake, Dabo continued to manage different properties in town such as the former Dabo Liquor on the corner of South and San Benito streets.

“She is a pretty remarkable woman,” Mifsud Heller said. “I wish she was in a place to be able to be fully interviewed because she has lived an incredible life and she has taught herself so many things.”

Since her husband’s death in 1972, Dabo continued to be an active, devoted member of the Catholic church. She was regularly involved with the Sacred Heart Parish through its school and bingo nights.

“There are so many different ways that people know my grandmother, whether it is from the hotel and restaurant, the liquor store, Sacred Heart, and I think it shows that our community is still small and it still can be small,” Mifsud Heller said. “And I think she is a real symbol of that kind of unique community we have here that goes generation upon generation.”

Bill Mifsud, owner of Bill’s Bullpen, said his grandmother had an amazing life that touched many people in Hollister, from coming to America without knowing English to experiencing women’s suffrage, advancing technology and raising a family.

“Her work ethic was amazing,” Bill said. “I’ve learned so much from her. She worked to keep her business going while raising her family.”

While some days are better than others for her, Dabo maintains the ability to pull someone’s arm off if they lack a firm handshake.

“She still has the strongest handshake and anyone who’s ever shaken her hand will attest to that,” Mifsud Heller said.