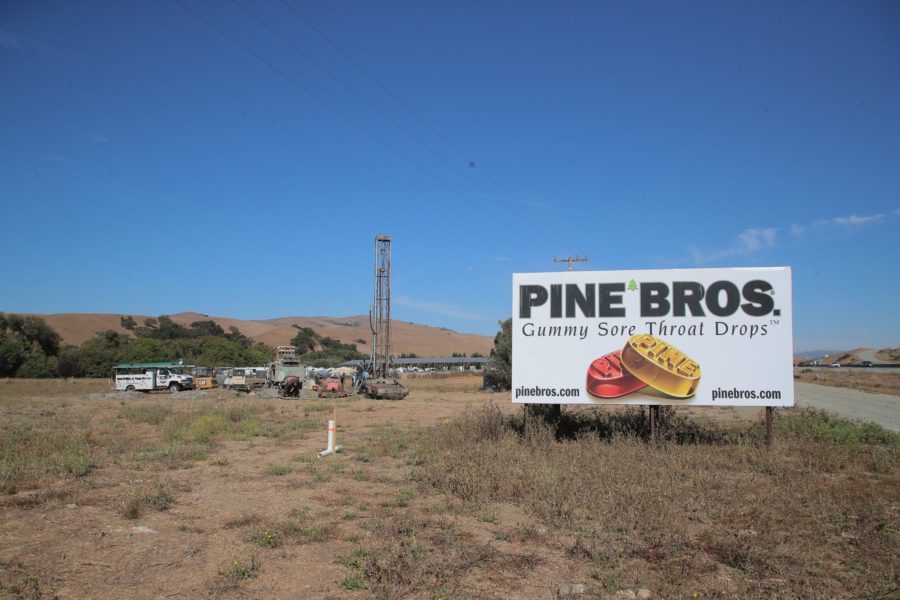 The Betabel node off Highway 101. File photo by Robert Eliason.
×

Following multiple delays, the rezoning of the Betabel node off Highway 101 to commercial thoroughfare (C-1) became effective July 7 after Preserve Our Rural Communities (PORC) failed to submit a referendum petition by the July 6 deadline. The San Benito County Board of Supervisors previously voted 4-1 on April 7 to rezone 29 acres of the 114 acre-property to C-1 from an agricultural rangeland-flood plain combining district, but the action was put on hold with a court order the following month.

“The Betabel Road Charity Project is grateful to the community for their support,” Betabel property owner Rider McDowell said. “I think PORC’s inability to field the signatures speaks for itself. The people chose jobs and a brighter future over negativity and misinformation. We’re looking forward to getting started as soon as possible. We want to be good neighbors and to bring new attention to this great community and everything it offers.”

On May 19, San Benito Superior Court Judge Thomas Breen ruled in favor of PORC to halt the rezoning until 30 days after the health order related to the COVID-19 pandemic was “lifted, modified, or clarified to allow for the collection of signatures on referendum petitions,” according to the court order. That modification came on June 4 when San Benito County Public Health Services released its guidance for the collection of referendum signatures.

Since last year, PORC has been at odds with property owners over the rezoning of four sites along Highway 101—Betabel, Highway 129/Searle Rd, Livestock 101 and Rocks Ranch— referred to as nodes. The attempt by the property owners to rezone the sites to regional commercial (C-3) was first blocked on Oct. 23 by PORC through a referendum petition on Ordinance 991 for which they gathered 3,284 valid signatures. It required 2,060 valid signatures to qualify as a referendum.

Hoping to win support on its rezoning decision from voters, supervisors unanimously voted to move the challenge to the ordinance, known as Measure K, to the November election ballot, rather than repeal the ordinance. After the defeat of Measure K—which encompassed the rules and guidelines for development of any C-3 zoned property—with 59.8% of voters opposing the measure, the county rezoned the Betabel property back to agricultural rangeland before approving the C-1 designation.

PORC also filed a lawsuit against the county on Oct. 23 alleging the county failed to disclose or evaluate environmental impacts from foreseeable commercial development projects planned for the node areas, and that an updated environmental impact report should have been prepared before rezoning the four nodes. The county relied on the EIR prepared for the 2015 General Plan update.

PORC is also spearheading two initiatives. The countywide Preserve Our Agricultural and Rural Lands Initiative was submitted on Feb. 5. It seeks to eliminate numerous commercial node designations throughout the county and require voter approval for zoning changes.

The Hollister Urban Growth Boundary and Democracy Initiative aims to make the city’s sphere of influence, an area surrounding a jurisdiction marked for potential growth, into an urban growth boundary. It was submitted on March 2.

Francisco Diaz with the San Benito County Elections Office said circulators have 180 days to collect the required signatures (2,060 and 1,768 respectively). However, in order to have the initiatives be part of the November election, the elections office needs 30 days to review and verify the signatures before requesting to have the initiatives be added to the county or Hollister’s agenda.

“The August meeting is the last opportunity that the elections office would have to request the board to add the initiative to the agenda,” Diaz said.

The deadlines to submit signatures for the initiatives is Aug. 3 and Aug. 29, respectively. Deadlines can be extended through a court order.

PORC representatives did not respond to requests for comment.