Members deployed to provide shelter, food and medical services to those affected by regional wildfires. 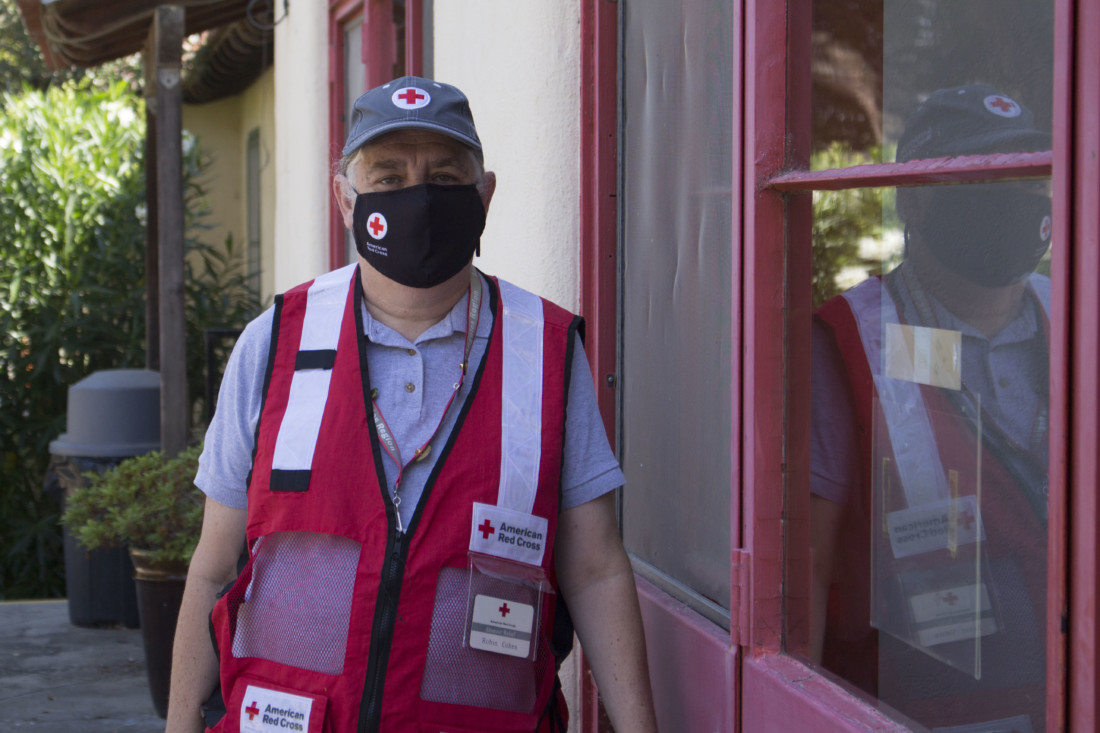 Though it’s mostly been empty since COVID-19 began to spread in the community in March, St. Francis Retreat in San Juan Bautista opened its doors to about 40 Red Cross staff and trained volunteers from around the country who are assisting with wildfire support efforts.

Edward DeGroot, director of operations at St. Francis Retreat, said the Red Cross arrived on Aug. 23. Sanitizing the rooms and areas used by Red Cross workers was a challenge for the retreat, as 18 people have been laid off due to the pandemic. DeGroot said the retreat has five part-time employees and two volunteers available.

St. Francis Retreat is a ministry of the Franciscan Friars of the Providence of St. Barbara. It offers different retreats for addiction support groups and spiritual guidance for individuals, married couples and religious organizations.

With Red Cross workers’ staggered schedules and the retreat’s staffing challenges, the facility did not offer food services, leaving volunteers to patronize local businesses. The Red Cross was scheduled to be in San Juan Bautista for two weeks, but were relocated to San Jose on Aug. 28.

“It’s too chaotic trying to organize food service for them out of our kitchen because they are not all here at the same time,” DeGroot said.

Los Angeles resident Robyn Cohen, a Red Cross volunteer and acting shelter supervisor, said being housed at the St. Francis Retreat was a big contrast to the cots and gym settings he has grown accustomed to over the years. The change is a result of the new health precautions the organization takes during the pandemic. This also includes maintaining six feet of social distance and the mandatory wearing of face masks when in public.

“The Red Cross is very serious about safety, about ourselves, about our clients, people who are in the media coming to do things, the police, the fire,” Cohen said. “We’re really strictly following CDC guidelines.”

According to the Red Cross website, as of Aug. 31 the organization has placed 4,500 residents in emergency lodgings, provided more than 46,000 meals and snacks, distributed more than 10,700 relief items, and provided 5,400 individual emotional and spiritual support to people with medical and disability needs. Open shelters include the Santa Cruz Fairgrounds in Watsonville, the Cabrillo College gymnasium and Harbor High School in Santa Cruz.

Cohen has volunteered with the Red Cross since 1975 when he was in middle school. He said the organization builds a database during down time—what volunteers call “blue sky”—of places it can use to house volunteers in case of emergencies. Those places include hotels, shelters and gyms.

Though Red Cross operations have changed to adapt to the pandemic, the organization’s mission has not.