Supervisor Anthony Botelho also called out for filming candidate endorsement with county seal in the background. 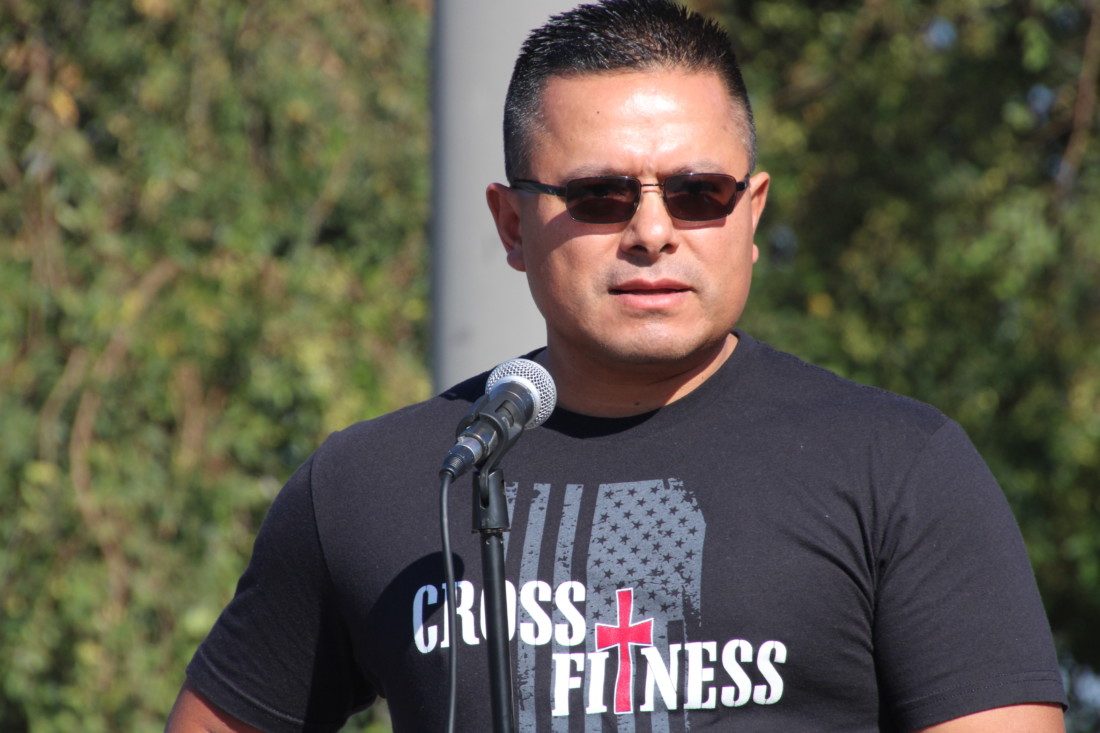 Residents spoke out against Supervisor Peter Hernandez on Nov. 3 for allegedly violating the city of Hollister’s face mask ordinance while participating in a political rally, as well as Election Code 18730 related to electioneering.

Hollister Councilwoman Carol Lenoir called out Hernandez at the Nov. 3 Board of Supervisors meeting for his involvement in an Oct. 31 Donald Trump rally within city limits where he did not wear a face covering.

“I expect an elected official to follow the law,” Lenoir said. “When we were sworn in, Supervisor Hernandez, we swore in stating we would obey all laws. So I wasn’t quite sure what you were doing there without your mask on. It’s hard enough to pass a difficult law. And it was tough on me.”

“We have a right to support whoever or whatever we want, but when you tread on those waters, I think people need to be held accountable,” Morris-Lopez said. “And when there is a supervisor, an elected official that you can link to that group, that’s a bad look.”

Morris-Lopez also objected to Botelho’s decision to record his endorsement of Wayne Norton, a candidate running for his District 2 seat, with the county’s seal in the background. The recording aired days after the county issued a press release addressing complaints about public employee political activity.

Botelho said his endorsement did not break any Fair Political Practices Commission rules or laws.

Hollister resident Elia Salinas requested the board censure Hernandez, though she believed he unknowingly violated Election Code 18730 during the rally. The code states that no person, on election day or when a voter is casting a ballot, can display a candidate’s name or logo within 100 feet of a polling place.

Salinas said while Hernandez was acting as an individual in the rally, he represented the entire Board of Supervisors when he violated the election code.

“He could have been arrested. There may be a possibility that charges may go forward,” Salinas said. “Supervisor Peter Hernandez, there were barriers there, and Peter Hernandez went around the barriers and was stopped because he had signs with him for a candidate.”

Hernandez defended himself on both accounts. He admitted there was confusion when the caravan passed near the elections office, but said that it was resolved in a timely manner.

“It was actually reconciled really fast because the elections department redirected that traffic,” Hernandez said. He added that because the rally was a caravan using public roads and because participants were not getting out of vehicles, especially within 100 feet of the elections office, there was no intention of violating the law.

As for not wearing a face mask during the rally, he said the Hollister ordinance allows residents to not wear masks when they are outside and can be six feet apart from other individuals.

“I think miss Lenoir should understand her own policies better, the guidelines themselves,” Hernandez said, and lamented that both Salinas and Lenoir framed their complaints out of context.