Thanks to its success, La Jerezana cookie production is moving out of La Catrina restaurant. 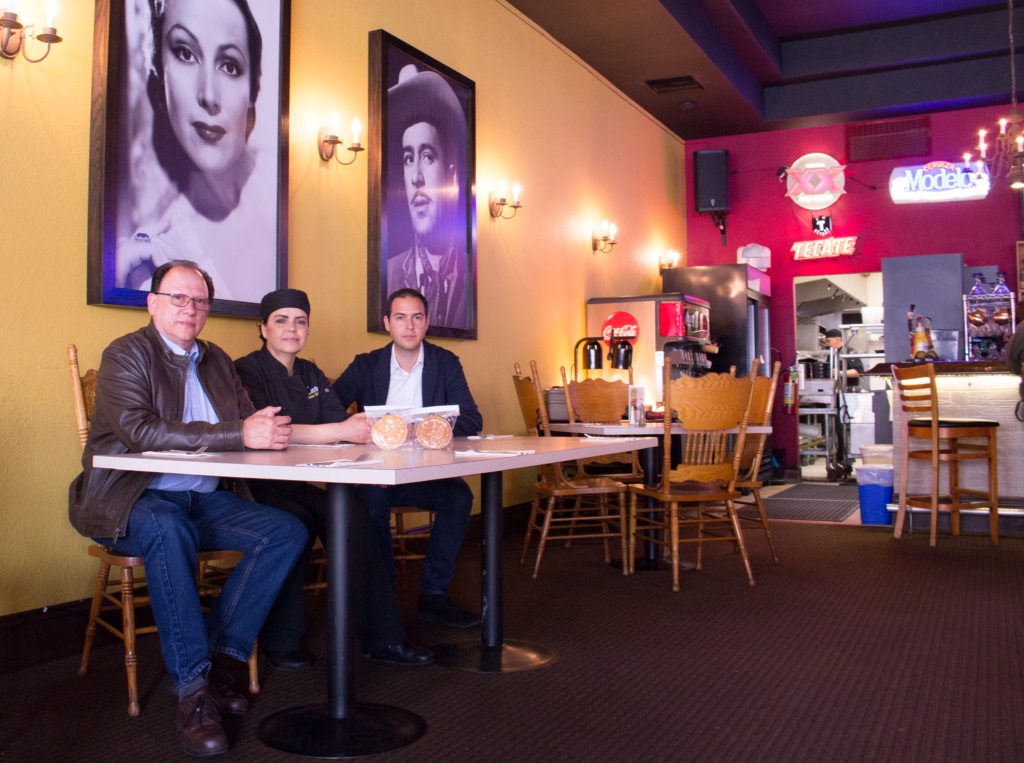 With his two daughters and son in mind, Gustavo Gonzalez decided to leave his business behind and try his luck in the United States. He migrated north from Aguascalientes, Mexico, in September 2011.

Gonzalez didn’t speak English or have a job lined up. All he had were a few relatives and a family recipe for cookies.

His sister Margarita invited him to take over her coconut and whole wheat cookie-baking operation and bring samples to Hispanic stores with hopes that they would carry their brand La Jerezana.

(I needed to begin to do something and to begin to generate money to achieve the objective, which was to better the quality of life of my family.)

Margarita had a base of two clients before Gonzalez took over. He saw that the cookies were well received and, with the help of a translator, he approached the San Benito County Health Department to learn about food service regulations.

(These cookies are made in an artisan manner. They are not made with production machines. This is done by hand and one by one. And that is part of what the clients like.)

While his cookie business continues to operate inside La Catrina Mexican Grill with two employees baking in the restaurant at night, Gonzalez envisions growing La Jerezana to having 12 workers, enabling him to expand the variety of cookies and try new recipes and new products.

Gonzalez has secured a new location on Shelton Drive in which to operate La Jerezana and is remodeling to meet the health department’s requirements. If everything goes according to plan, the new location will be ready in two months.

After a day of visiting clients, Gonzalez returned to his kitchen in the vacant building where Las Palmas Restaurant once operated. He found himself cleaning the entire place.

(I began to imagine if it was possible to open the restaurant.)

Gonzalez shared his vision with his son, also named Gustavo, who had joined his parents in Hollister in April 2012 after studying marketing in Mexico. He then sought permits, a loan from the Small Business Administration, maxed out credit cards and received support from the Hispanic Chamber of Commerce Silicon Valley and Central Coast in order to open La Catrina Mexican Grill on San Benito Street in June 2014.

With little to no prior experience in the restaurant industry, Gonzalez found it difficult to get established. The entire family was contributing: his wife Alejandra handled cooking and his three children, Gustavo, Paulina and Alejandra, took orders and cleaned tables.

(We had to unlearn all we knew how to do and relearn how things are done here.)

Nonetheless, the pieces fell into place. Alejandra did not know how to cook when she first married Gonzalez, but the cooking courses she took in Mexico as a hobby were put into practice when La Catrina opened.

After operating for two years, Gonzalez was ready to throw in the towel, but he agreed to give it six more months after his son asked him to be patient.

(I’m very impatient. I like for things to move fast.)

In 2017, the restaurant’s third year, the Gonzalez family’s patience and hard work began to reward them.

Staffing increased from four to 24 employees.

Erika Andrade, born in Mexico City, lives about three blocks from La Catrina and has worked most of her life in food service. Her first job was as a hostess and worked at several chain restaurants in Mexico and U.S.

The difference between those restaurants and La Catrina is the environment, Andrade said.

(It’s very cold—you don’t have direct contact with the owners because they are executives. This is a family place. The owners are hard-working. They are willing to listen and I feel like they are family.)

Andrade said that though La Catrina’s alcoholic beverage license helps bring more people into the restaurant, she has also seen improvements in the menu, customer service and marketing.

Working in the kitchen, Maria Del Rosario Perez also feels the family vibe of the restaurant. She said her favorite part of working at La Catrina is the owner-employee relations. She enjoys the work environment enough that she may pass on taking two months of seasonal work with the San Benito Foods tomato cannery as she has done in previous years.

The decision to migrate for a better quality of life for his family was hard for Gonzalez to make, as his 11- and 16-year-old daughters and 21 year-old son already had established lives for themselves. Though Mexican culture is of course present in the United States, it can still feel different, making it at times difficult to adapt, Gonzalez said. He relied on his family’s support to make the transition easier. They all understood they were making a leap of faith in order to have a better life.

Eight years later, Gonzalez is in the process of growing La Jerezana and monitoring La Catrina, with son Gustavo his right hand man. Paulina, the eldest of the daughters, is pursuing an industrial design degree at CSU-Long Beach, while daughter Alejandra is attending Gavilan College to finish her general education coursework before transferring to a four-year university.

(Whoever has a dream, they can make it happen. Of that I am convinced. It’s not easy. Sometimes you suffer and cry, but if you believe you can make it, you will achieve it.)