He will direct onion operations at the company's Hollister packing facility 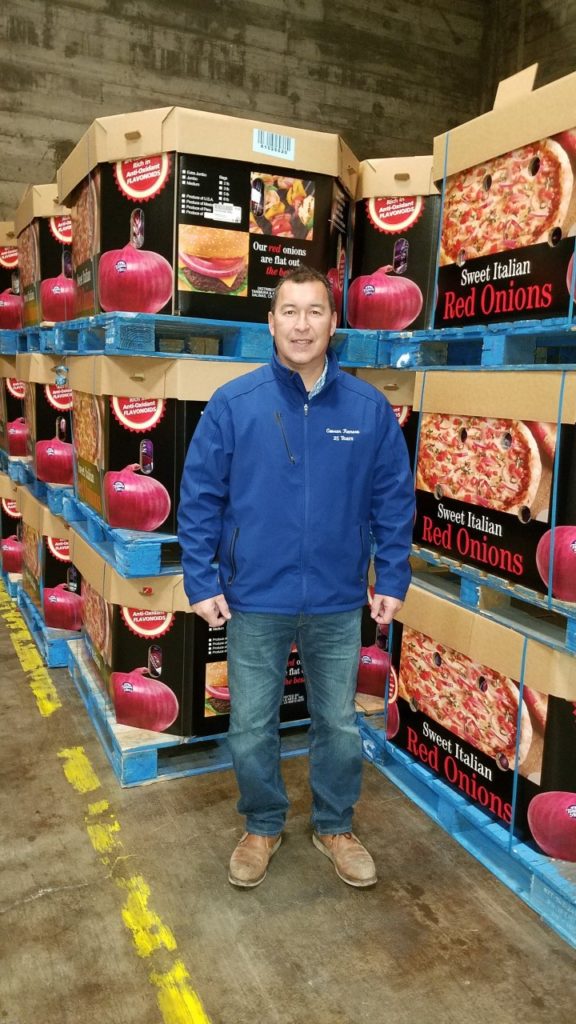 Tanimura and Antle, a major produce company that operates in San Benito County, recently announced Caesar Romero’s promotion as director of onion operations at the Hollister packing facility.  Romero has been with the company since 1987, holding a variety of roles with the company, most recently as manager of the artisan red onion shed operation.

The Salinas native took his first job with the company as a fork lift driver. After about five years, he was moved into a supervisor/foreman position. Five years later, he became a manager, a position he kept for about 20 years.

“The company has always rewarded those who want to advance and are motivated to take control of their area of expertise and be leaders,” he wrote in an email correspondence with BenitoLink. When asked about his specific job, Romero wrote about the job he is leaving, “My former position was everything post-harvest, so once the onions were received at the shed, I took over, basically. I oversee the receiving, packing, storage and shipping of the onions.”

Romero explained his responsibilities as the new director of operations, saying the position “expands to cover the entire process from the start —which includes setting up ranches, planting schedules, seed varieties and monitoring the growth of the onions right up to harvest.”

Tanimura and Antle grows about 1,000 acres of reds a year in Salinas, San Joaquin Valley and Yuma Valley and they cold store about 8,500 tons during the months of August to April. “We pack onions out of our Hollister facility from June to mid-April, then we shift our operations to Yuma for about six weeks. All of this amounts to approximately 50,000 tons of red onions a year,” Romero said.

Tanimura and Antle supplies red onions year-round to most of the major grocery chains and big box stores throughout America.