From modular homes for homeless families, to an encampment for people transitioning from life in the riverbed, the county wants everyone sheltered. 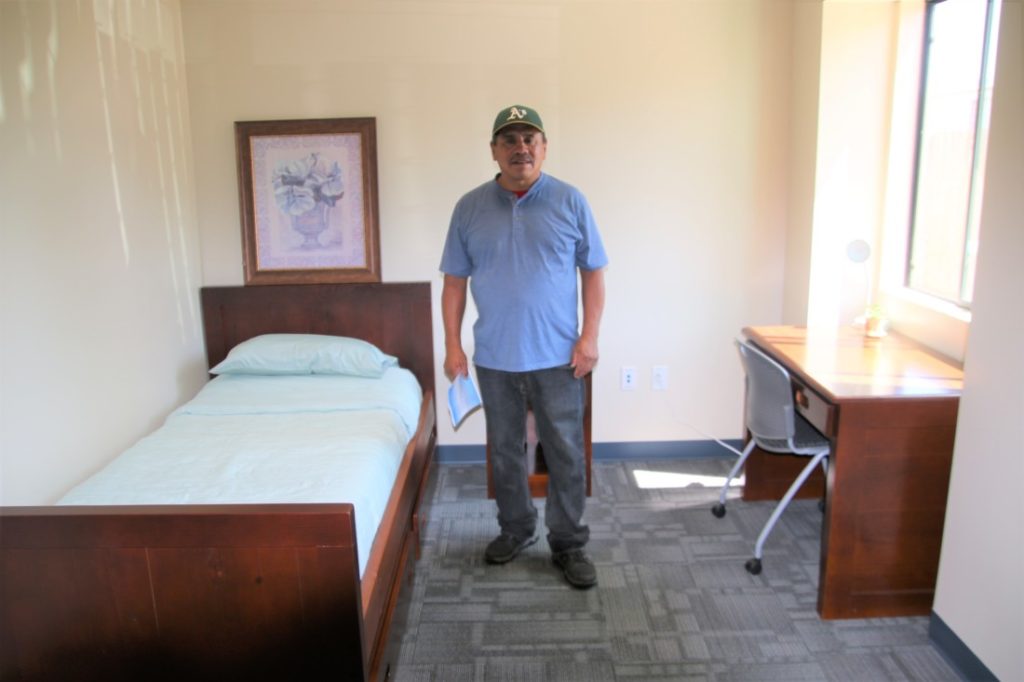 Last January, Larry Avira was using drugs and alcohol, and was homeless living near the railroad tracks on the north side of Hollister. On July 8 he was sober, and one of the first to inhabit one of the six transition units just opened. He hopes to apply for a job at the new Amazon facility being built just down the street. Photo by John Chadwell. 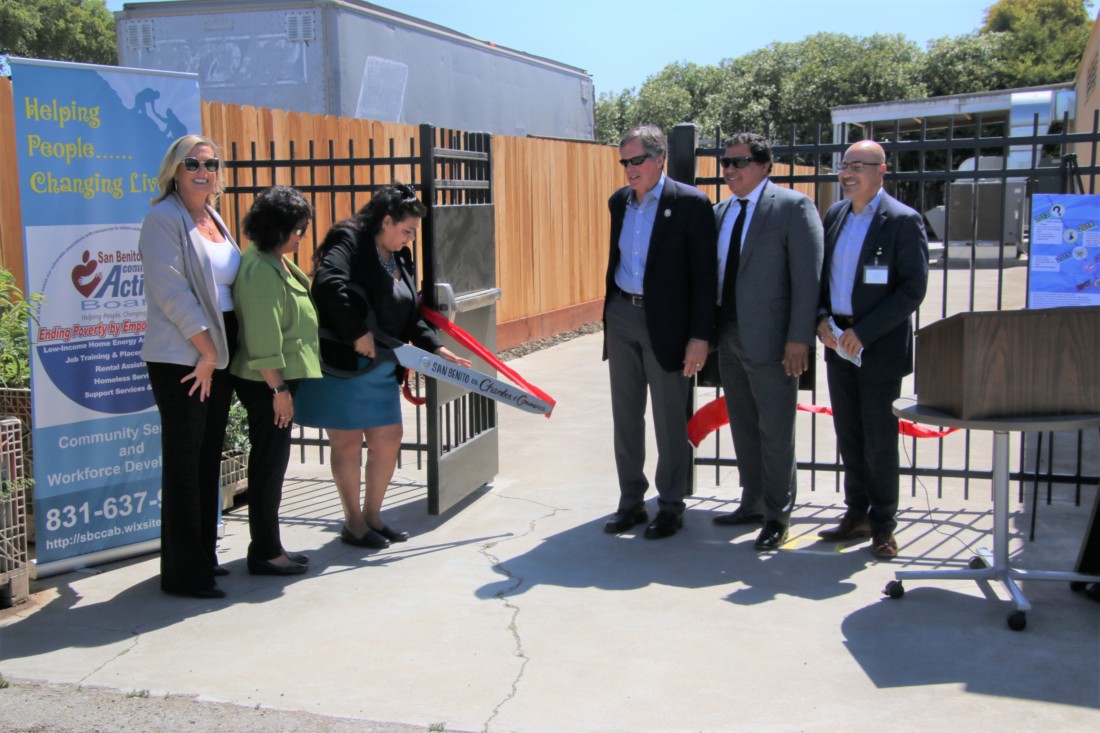 Supervisor Bea Gonzales on July 8 cuts the ribbon for the new transition units, part of a program that aims to help individuals find jobs and eventually move to permanent housing. Photo by John Chadwell. 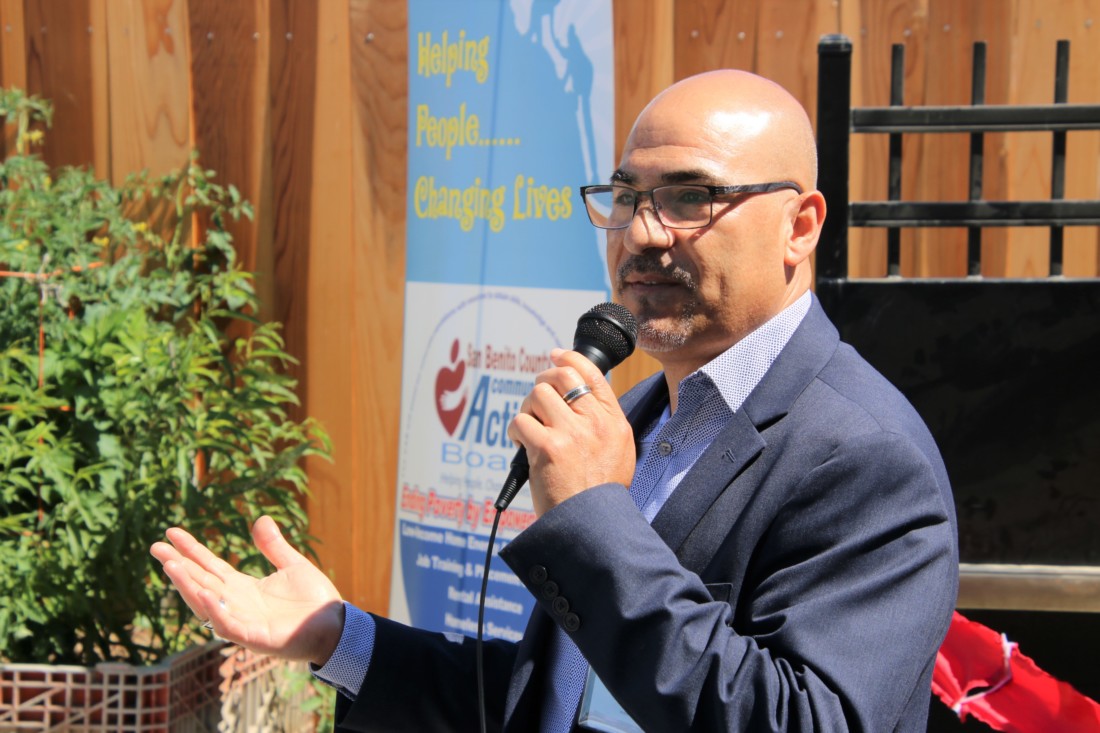 Enrique Arreola said the county will continue to apply for grants to help pay for more transitional housing until one day, he hoped, there would be no homeless people in the county. Photo by John Chadwell. 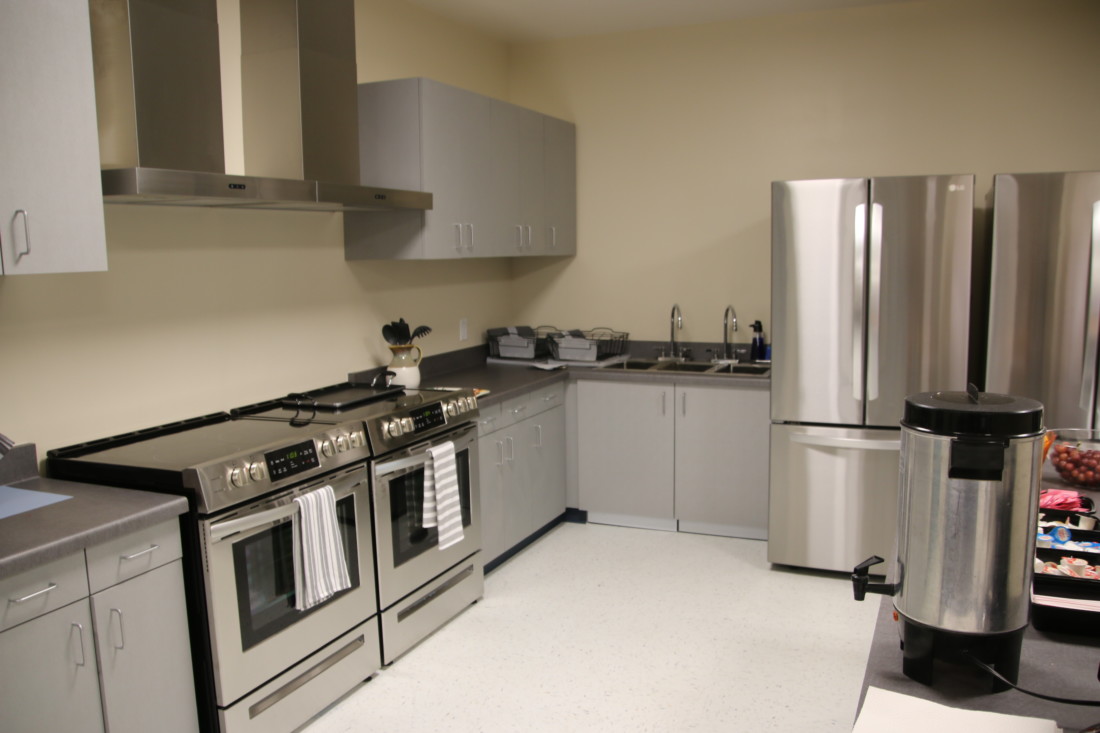 Six people who live in the transition units will share a kitchen and laundry room. Photo by John Chadwell. 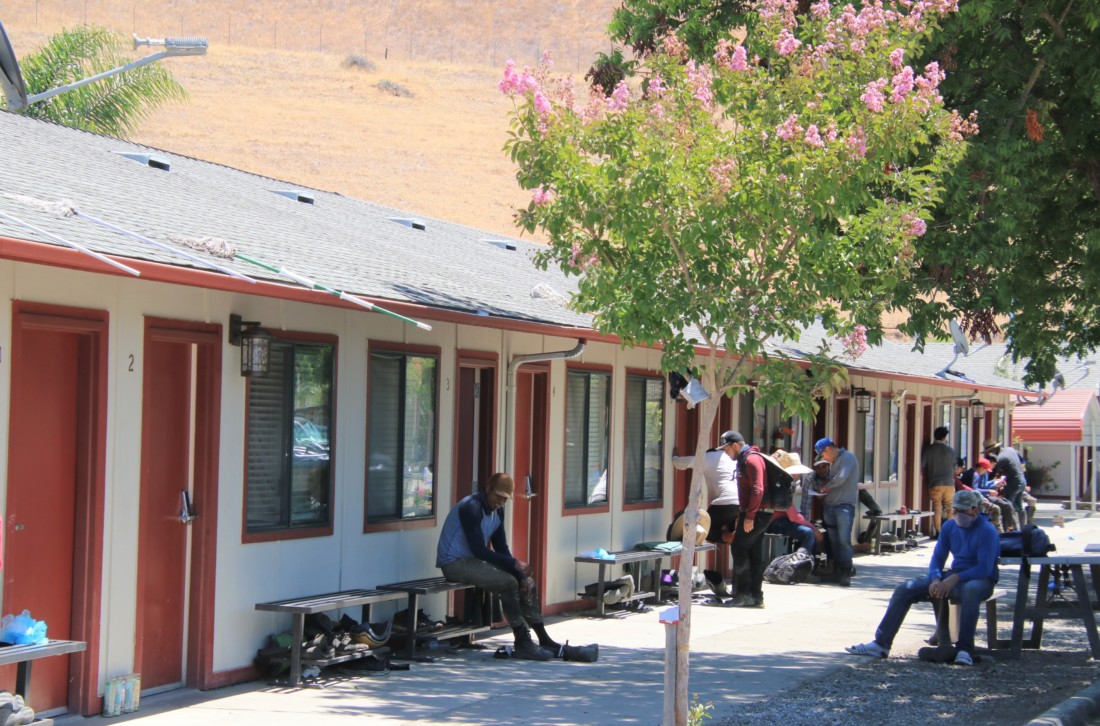 At the migrant camp, single men live in a hotel-like facility for 180 days during harvest season. Photo by John Chadwell. 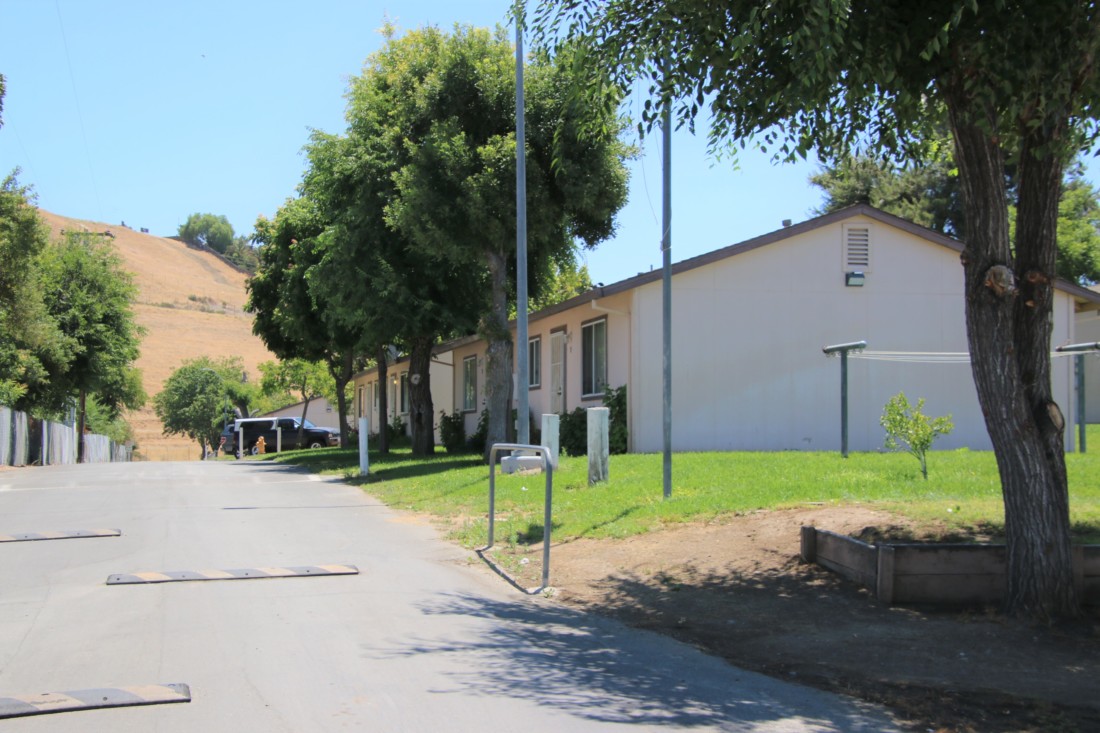 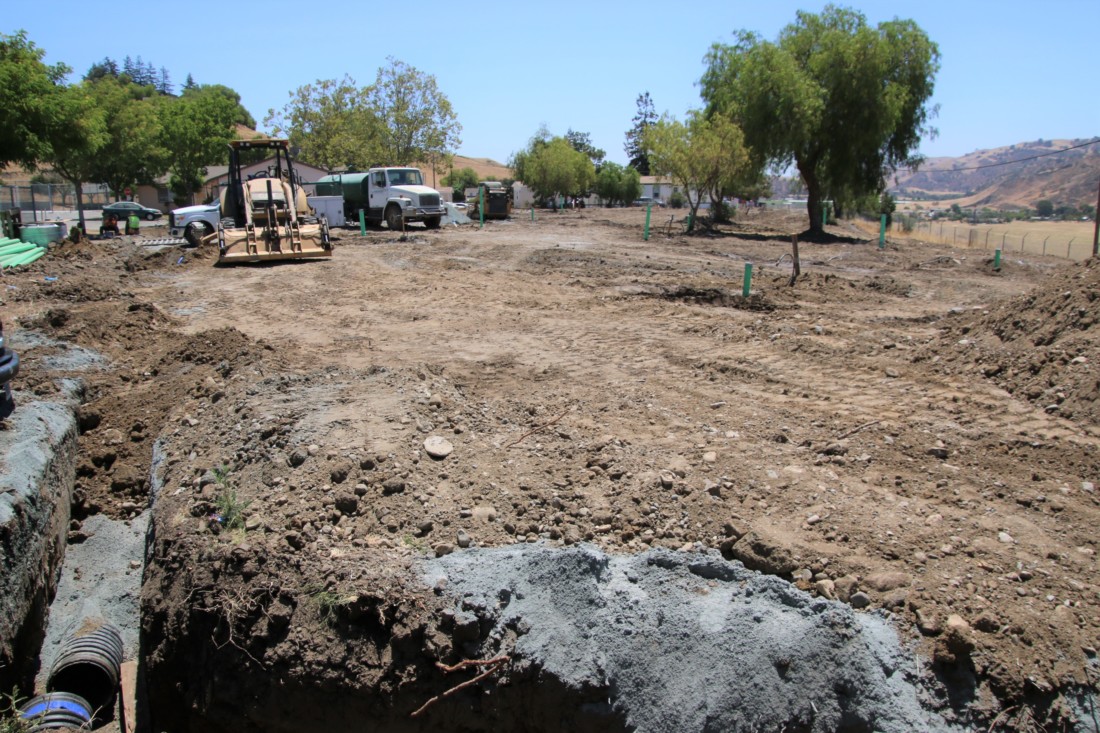 Infrastructure is now being built at the migrant center for five modular homes for homeless families. When funding is secured, 10 more homes will be brought to the area. Photo by John Chadwell.
×

California has the largest homeless population in the nation due in part to a disjointed approach among policymakers. But some counties have a clear shot at managing these outdoor populations and San Benito is one.

Its solution is a concentrated approach to securing funds for temporary and long-term housing.

“San Benito County has been proactive to fund development efforts by chasing down state, federal and local funding to bring viable solutions for our homeless community members,” said Enrique Arreola, deputy director of the county’s Health and Human Services Agency. The $6 million secured over the past two years is “impressive for San Benito’s size,” Arreola said.

Here are the homes coming online for the homeless:

On July 8 San Benito County Health and Human Services Agency opened six transition units behind an existing 4,500 square-foot shelter at 1161 San Felipe Road with its 50 beds. A Community Based Transitional Housing $1.45 million grant will pay for the new units. Individuals can live there up to 18 months while counselors help them find jobs and permanent housing.

Last January, Larry Avira was homeless and living near the railroad tracks not too far from the homeless shelter. On July 8, the day the transition units officially opened, he was one of the first to move in and was already planning to apply for a job at Amazon.

The county is also having five small modular units built in Salinas for eventual shipment to Hollister at the migrant camp on Southside Road. Arreola said the five units will be for homeless families. They will supplement mobile units already there for migrant families and a hotel-style building for migrant men.

The latest project, approved by the Board of Supervisors on June 8, will be located next to the county jail to house people who live along the San Benito River. Supervisors approved $850,000 to pay for construction and management of the facility for up to a year that will support 50 tents, shade structures, toilets, showers and possibly cooking facilities.

“It needs to be set up in a way that is well organized and there is an operator to facilitate and manage this encampment,” Arreola said. “And there needs to be staff to assist them with their basic needs, to provide support services.”

Supervisor Kollin Kosmicki described as an immediate priority the removal of as many as 200 homeless people from the riverbed. He cited environmental and public safety impacts of the encampments. He said, though, that even though he supports the project he doubts many of those in the river will take advantage of the encampment because they historically do not want to obey rules that keep them from bringing drugs, alcohol or weapons with them.

Arreola said the county, along with Hollister and San Juan Bautista, continues in its efforts to help homeless people acquire temporary and permanent housing.

“We have applied for some funds and if we get it, we will have funding to operate the shelter and the encampment for one year,” he said. “Permanent housing is the solution and is the ultimate goal with every program, but it’s complicated.”

Every homeless person has a unique set of issues, and it’s important to offer them the help of social workers, Arreola said. He said his agency is working with Monterey and Santa Cruz county housing authorities to secure housing vouchers.

For those who can afford to pay some rent, Arreola said the county can offer subsidies. Building relationships with potential landlords will help open properties as rentals.

A particular success, he said, is the Helping Hands program that has placed a number of chronically homeless people in permanent homes. The county received funding through Helping hands in 2018 and will be submitting for another grant in the second round of funding.

One source of possible funding, he said, is the state-sponsored program Home Key, which is managed by the California Department of Housing and Community Development. Last year it provided $600 million in grants to cities, counties, or other local public entities.

“In the time being, we do have a shelter and this encampment will be short-term,” he said. “The easy thing would be to do nothing and that’s what we’ve been doing for years. The goal is to no longer need a homeless shelter.”