Smaller pool, which the school closed after receiving a cease-and-desist order from the city over concerns over discharge of backwashed water into storm drains, will be permanently closed 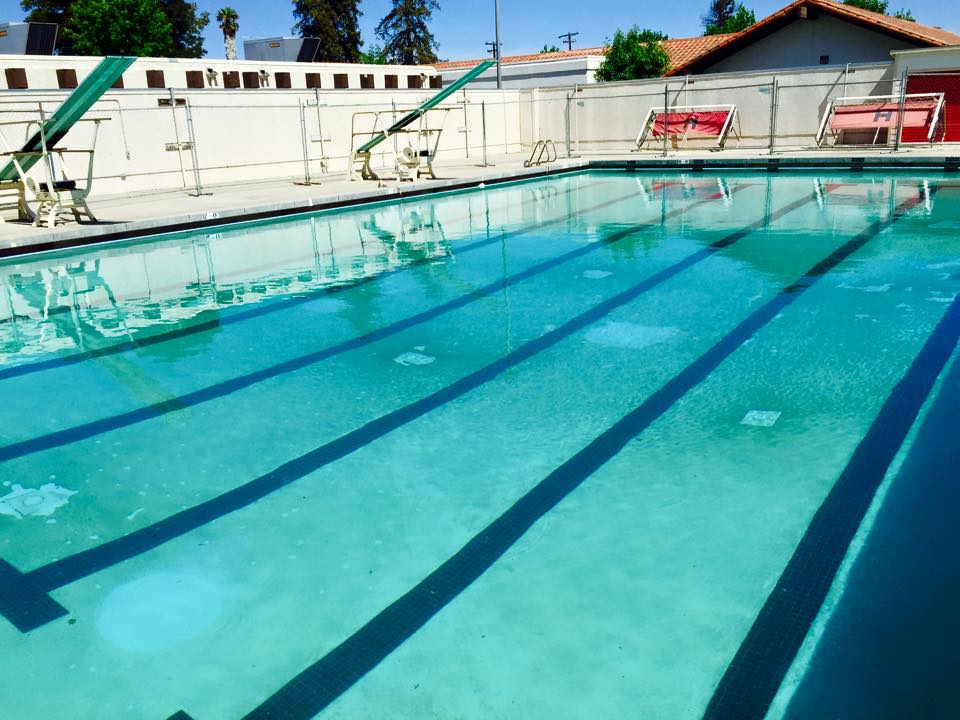 Following a cease-and-desist order that forced the closure of both San Benito High School pools and prompted the cancelation of the City of Hollister's summer aquatics program there, school officials have announced that the deeper pool could reopen in as soon as a week after it was determined that it is possible to operate the larger pool without discharging backwashed water from the pool into the city's storm drain system. While it is too late to hold the summer swim program for the public, the reopening of the deep pool will mean that the high school's water polo teams will get to practice and compete on campus in the fall.

The closure of the pools prompted concern among residents who had expected to enroll their children in the summer swim or lifeguard training programs at the school pools, as well as from parents of SBHS water polo players and swimmers, who were concerned that a permanent closure of the facilities could leave them without a place to practice or compete.

District Superintendent John Perales on July 14 sent a letter to Danny Hillstock, Hollister's utility engineer — as well as city officials and the Regional Water Quality Control Board — announcing that after consulting with a land use specialist who is familiar with water quality control board standards, the district has determined that the large pool can operate because its filter system is housed in a large, underground concrete pit that has holding capacity "well in excess of the backwash flows." No such system is in place for the shallow pool, so it will not be reopened.

In his letter, Perales said the district has contracted with Al's Septic to rework the system with a connector that will allow the discharged water to be pumped directly into a water-handling truck that will haul the water directly to the sewer plant.

"With this new system in place, the school will be able to continue use of the pool with no impermissible discharges, until such time as the new pool facilities are designed and built," he wrote, thanking the city for its cooperation on the matter.

In a July 17 email to city and school staff, Perales included the letter with a message noting that the discharge of backwashed water from the pools directly into storm drains was an acceptable practice in the 1960s and 70s, when the pools were constructed. Both pools operated until late in the spring, when the city's code enforcement department issued a cease-and-desist order that forced the immediate closure of the pools until or unless an alternative to the water discharge into city sewers could be found.

Perales said the district "will not be reopening the shallow pool given the extensive and costly repairs this pool needs." The shallow pool was used by physical education classes, swimmers and water polo players to get warmed up for competition, and by the recreation department for the public aquatics program.