City Manager Don Reynolds asks Hollister Council to collaborate on moving water to and from SJB. 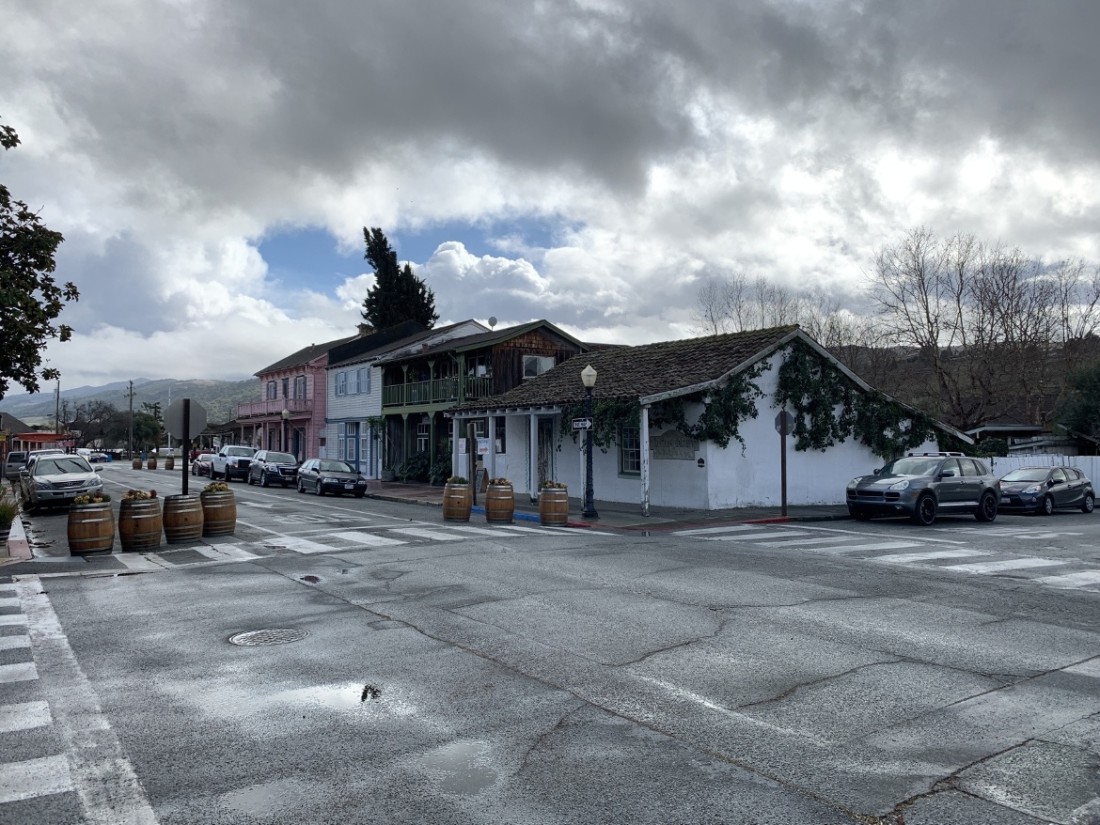 San Juan Bautista City Manager Don Reynolds appeared before the Hollister City Council on Feb. 1 to present a report on a regional water and wastewater solution for his city. Reynolds noted that a partnership with Hollister is critical as the next step in resolving San Juan Bautista’s ongoing water quality problems.

San Juan Bautista Mayor Leslie Jordan and Councilman John Freeman—both members of the city’s water sub-committee—joined Reynolds along with Steve Beck from Stantec, an engineering firm hired by the city to study the situation.

Reynolds spoke on the history of water problems in San Juan Bautista, starting with the first Environmental Protection Agency (EPA) fines and penalties issued in June 2006 for excessive chlorides in its wastewater, the result of the city’s naturally hard water being treated with water softeners by residents. The EPA underlined its continued displeasure by issuing a warning letter to the city in July 2019. A fine was also levied, which BenitoLink estimates at $820,000, and the city was given until December 2023 to comply with state and federal regulations.

San Juan Bautista submitted its compliance plan to the EPA in October and is now seeking cooperation with the city of Hollister to put it into action.

“Our solution to reducing the amount of salt in the discharged water is to improve our source water,” said Beck, the consultant from Stantec. “The recommended project is to import water from the San Benito County Water District and blend that water with our well water, which is similar to what Hollister does with its water source.”

As part of the plan, San Juan would also institute a water softener buyback program for city residents and businesses. The salt in water softeners contributes to chlorides in waste, which the EPA considers a major pollutant. Hollister banned installation of water softeners in new developments in 2014 and has asked residents with water softeners to use replaceable or “on-demand” cartridge systems to reduce the amount of salt discharged into wastewater.

The next part of the plan requires an alternative to using the underperforming wastewater treatment plant in San Juan Bautista.

The potable water pipe would start at the Hollister West Hills Water Treatment Plant on Union Road and run south of Highway 156 to San Juan Bautista. The wastewater pipe would run north of Highway 156 from San Juan to the Hollister Wastewater Treatment Plant on San Juan-Hollister Road. It would cross three miles of county right of way and run another three miles on private farmland. The use of farmland would require permission and easements.

Beck dismissed a second option—running the pipe directly along Highway 156—as this would involve bringing in Caltrans, which he characterized as “impractical.” However, he noted that the city was leaving all options open to take into account the use of private land.

Reynolds proposed creating a memorandum of understanding with Hollister that would begin with a feasibility study which, if found to be acceptable to both cities, would move to a formal agreement. He mentioned that the work would be paid for by the city of San Juan Bautista with no cost to Hollister residents, and that the terms for services would be fixed for the first 10 years.

Freeman pointed out that the benefits to the city of Hollister would include 800 new paying customers at no additional cost to its existing infrastructure.

In a unanimous vote, the Hollister City Council approved the creation of a memorandum of understanding with San Juan.