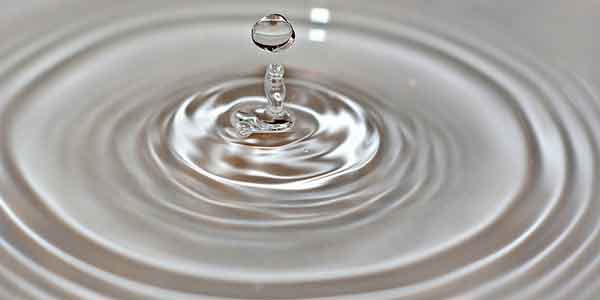 Earlier this month, the City of San Juan Bautista officially notified residents that in December, state regulators lifted a local ban of potable water use.

Results of water tests showed in December 2014 that levels of nitrates in city water had dropped below the state's maximum level of 45 milligrams per liter (mg/L), which prompted a letter Feb. 3 from City Manager Roger Grimsley to residents, confirming that the state had called off the ban.

"At the beginning of May 2014, the city issued a notice to residents and business owners to halt the use of potable water due to elevated nitrate levels in city water that exceeded the maximum contaminant level of 45 (mg/L)," said Grimsley in a letter to residents. "During the month of December, the State of California lifted the ban on the use of potable water as the water test results showed nitrate levels have decreased to the state's standard level of below 45 (mg/L)."

Grimsley told BenitoLink in a telephone interview Feb. 17 that the the State Water Resources Control Board Division of Drinking Water has worked with the city to try to identify and correct problems.

"Right now, we're pumping water whose nitrate level meets the potable standards of fewer than 45 milligrams per liter," said Grimsley, who noted that the delay of notification was the result of confirmation in writing from a high-ranking official with the state's water board. "Everything is coming along well. We still have several objectives, including the drilling of a new well."

The water board, a division of the California Environmental Protection Agency, confirmed in a statement to BenitoLink Feb. 17 that its division of drinking water had lifted the ban Dec. 19, 2014.

"The State Water Resources Control Board Division of Drinking Water was involved with the ban on potable water due to high nitrate levels," said a spokesperson with the state's water board Feb. 17 in a statement to BenitoLink. "The city of San Juan Bautista repaired a broken sewer line located near the city’s well in May of 2014. By July 2014, nitrate concentrations dropped from 80 parts per million down to around 20 ppm. After a five-month sampling period it was apparent that the cause of the high nitrate level had been mitigated and the well became compliant to the nitrate drinking water standard."

Besst Inc., an environmental services provider that teamed under a contract with the city last year in a study of nitrate levels in local drinking water, did not immediately have a spokesperson available to comment on the matter.

In May and June 2014, according a previous report by BenitoLink, water sample test results showed nitrate levels in local tap water above the maximum contaminant level. Since July, local levels of nitrate fell below 45 mg/L and subsequently signaled safe drinking water. Months later, the city continued warning locals that infants and pregnant women should not drink local tap water: "Nitrates in drinking water are a serious health concern for infants less than six months old and pregnant women."

High nitrate levels can affect the oxygen-carrying ability of blood in pregnant women and infants, according to the State Water Resources Control Board.

Tod Dubois, a resident of San Juan Bautista and the founder of Sangha Energy, said in a telephone interview with BenitoLink Feb. 17 that hard water — water that contains a high concentration of mineral — remains a concern.

"I see pure, clean and soft water not only as a benefit to the community, but really a strategic investment," said Dubois. "Hard water is a long-term drag on the economy."

Marcus Edwards, the owner of Jardine's restaurant in San Juan, told BenitoLink on Feb. 17 that the concern over nitrate levels appears to have an impact that extends far beyond San Juan Bautista.

"I think that the issue over nitrate levels is a sign of the times. We get less and less rain, and the drought continues. I know that San Juan Bautista is not the only town that has faced the issue, and we're probably not going to be the last that had to address the problem."

The State Water Resources Control Board recently launched a map on its website that plots the locations of wells detected since 2000 above regulators' maximum level of nitrate contamination, according to a report by the water board in December 2014. On the map, blue dots that represent such nitrate contamination across the state number in the thousands, at least.