Community wellness program asks locals to put cards in their windows—yellow if okay and red if they need non-emergency assistance. 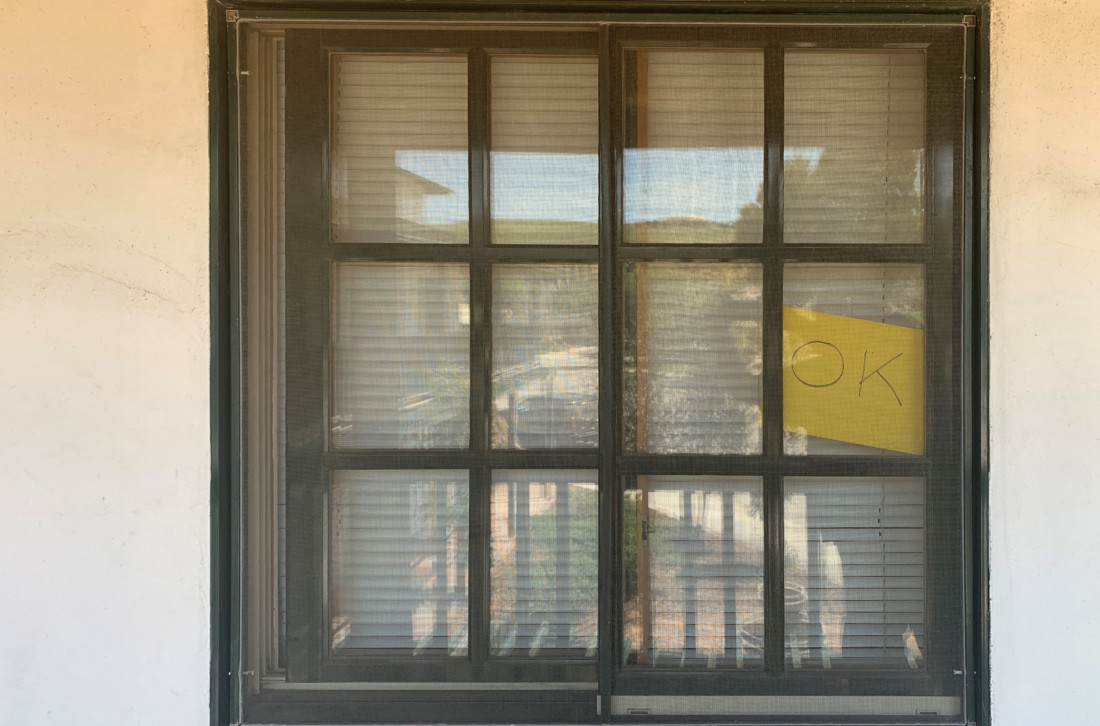 A yellow "OK" sign hangs in the window of a San Juan Bautista home. The sign is part of a community wellness program that allows neighbors to communicate without using electronic devices. Photo by Robert Eliason. 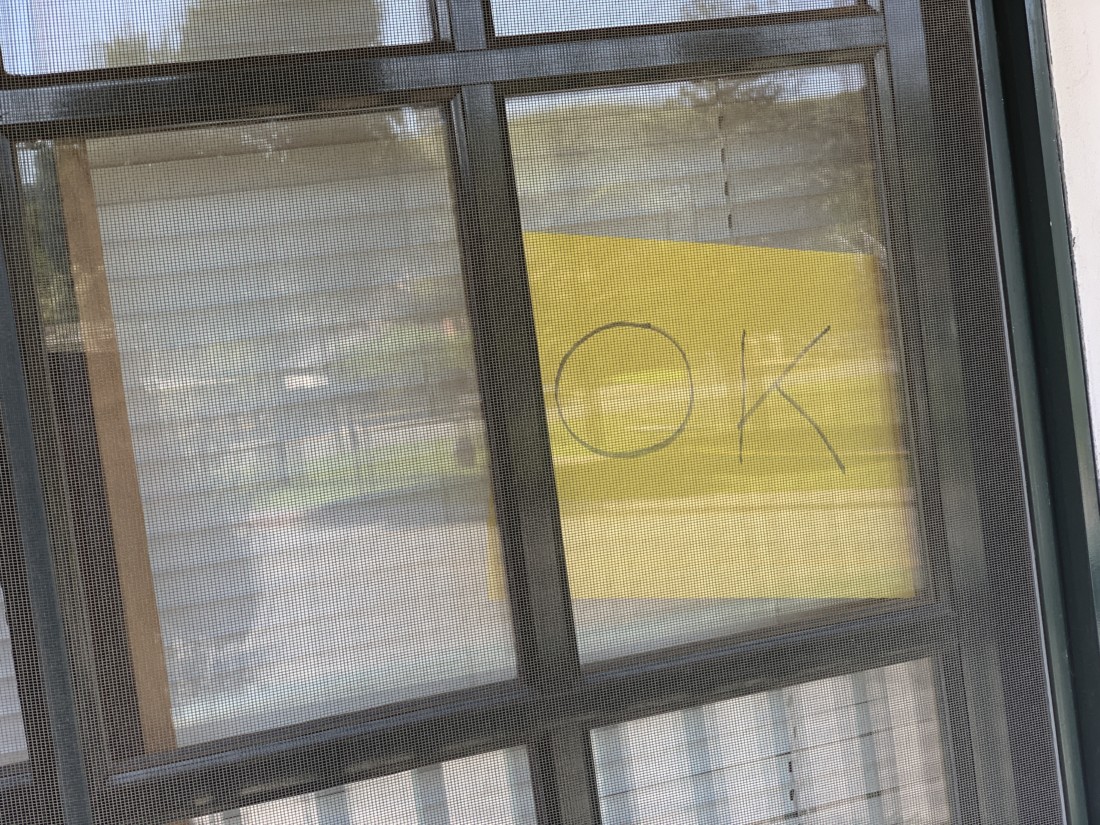 When San Benito County began sheltering in place in mid-March in response to the coronavirus, San Juan Bautista implemented a community wellness program to allow neighbors to communicate without using electronic devices.

Staying true to its historical image, the city leaned toward the basics and asked residents to place colored paper cards in their windows to report if they were okay or if they needed assistance. The city handed out two colors: yellow to indicate a household is doing fine, and red for those in need of non-emergency assistance.

“It’s kind of a retro program, but it’s so appropriate for our community,” City Manager Don Reynolds said at the May 5 San Juan Bautista City Council meeting.

Because not all residents are technologically savvy, the city settled on using the two-color paper card system in an effort to reach the majority of residents, code enforcement officer Rich Brown said. The program focused on helping the populations most at risk, such as seniors and those with pre-existing health conditions. Recent data shows that 23.2% of San Juan Bautista’s population is 60 years or older, and 12.4% of households don’t have internet access.

Brown said the city distributed packets of colored cards to about 75% of residents, quickly turning the wellness program into a community-wide collective.

“That came to fruition today where a citizen was needing assistance with the groceries,” Brown said. “Something that simple that we take for granted.”

The code enforcement officer and Rochelle Eagen, technician lead for the Carl Martin Luck Memorial Library, are spearheading the program. They sent out postcards to city residents last week with information and different resources, including phone numbers. Brown said the city hoped to expand the program into the unincorporated areas near San Juan.

As an extension of the community wellness program, Brown and Eagen created a website for those with internet access to seek assistance. They also plan to install banners around town to promote the program and website. Eagen said the website is user-friendly on any device and can be used to send out alerts. About 20 people have signed up since going live one week ago, she said.

As San Juan Buatista prepares its next fiscal year budget and analyzes the economic impact the COVID-19 pandemic will have on the city’s general fund, Reynolds updated council members on what cuts the city is looking to make to cover a revenue loss of $190,000 per quarter.

He said the city will keep one part-time public works position rather than eliminate both. He also said there are other cost-saving actions the city can take to keep a balanced budget, which would allow the city to keep its three-year contract with Level 1 Private Security without changes. The city budgeted $110,000 in the current fiscal year for the company’s services.

At the council’s April 28 meeting, Reynolds said one option was to use the security company on weekends, but the city council directed him to look for other options. Councilwoman Leslie Jordan said reducing Level 1’s services made her “nervous” because the company has reduced crime in San Juan Bautista. Rather than cutting their hours, she recommended extending services to help with code enforcement.

A community member raised a concern on Facebook that Jordan should recuse herself from any item involving Level 1 Private Security because her son works for the company.

While Jordan did not respond to BenitoLink for comment, City Attorney Deborah Mall said Jordan does not have “a technical conflict of interest” because Jordan’s son is not a dependent. She cited regulations of the Fair Political Practices Commission that state a conflict of interest exists if there is a foreseeable financial effect to “the public official’s personal finances, or those of a member of his or her immediate family.”  Immediate family is defined by state law as spouse or dependent children.