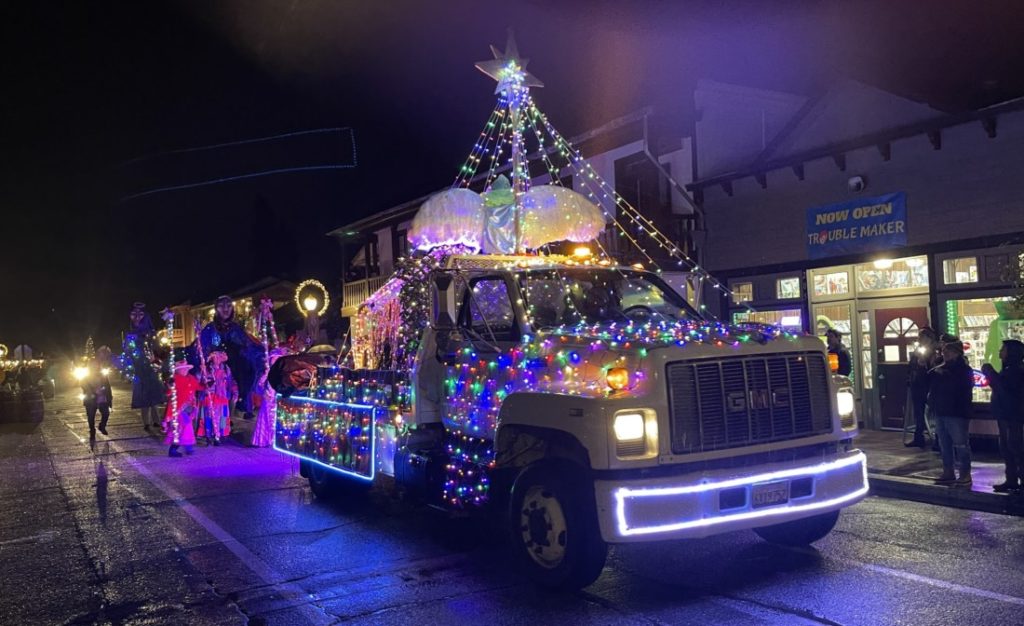 In the days leading up to San Juan Bautista’s annual Holiday of Lights Parade on Dec. 4, everyone in town was talking about the prospects of another big rainstorm like the one that soaked the crowd at last year’s event. And perhaps the person who was most concerned was Santa Claus himself, Max Martinez.

“Last year, I was in the old fire truck, which does not have a canopy or cover,” he said. “As soon as we pulled out of San Juan School’s driveway, it started to pour and just got harder and harder. It was cold, and I got soaked. Afterward, they wanted me to take pictures with the kids, but instead, I went home, changed my clothes, and turned on the heater.”

Luckily for Santa, there was not only just the lightest of sprinkles this year, but he was also ensconced in the relative comfort of a San Juan Bautista Public Works truck. And the threatening weather did not keep around 200 people from showing up on Third Street, where most merchants had extended their hours until after the parade.

“Today is a beautiful day, compared to last year,” said San Juan resident Rosetta Alafaci. “I like the rain but I got really wet last year and ended up sick. But I love the parade, and it’s nice to see Santa Claus and the kids. I would always bring my daughter, but she is a big girl now and had to work.”

Before the event, five-year-old Rosie Wysoph drew considerable attention from parade-goers with a special holiday outfit that was decked with flickering lights.

“I am probably going to be the only one dressed as a Christmas tree,” she said. “My mom surprised me with this costume—I really like it.”

The parade kicked off at 6 p.m. sharp with the Anzar High School Interact Club, followed by the VFW Color Guard. City Council member Mary Edge, who has been instrumental in creating the San Juan Bautista Senior Citizens Center, was the Grand Marshall, riding in a red Corvette. Hollister High School sent their award-winning marching band, the Scarlet Regiment, and El Teatro Campesino offered a musical performance drawn from their bi-annual play, “La Pastorela,” complete with larger-than-life puppets of the Three Wise Men. And Santa, safe and dry, was the final entry in the parade. 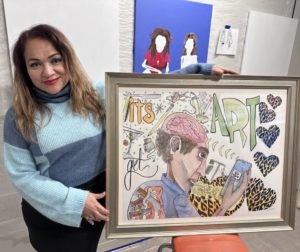 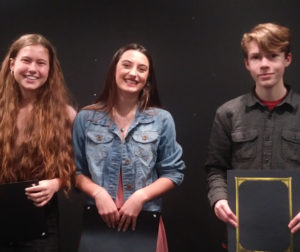 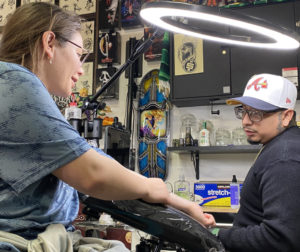