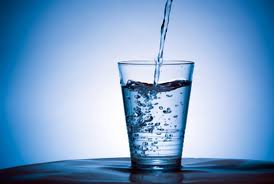 Hoping they've found the solution to the city's high nitrate levels in its drinking water, San Juan Bautista City Councilmembers on Tuesday unanimously approved a plan to install an ion exchange system at the local water treatment plant so residents and businesses can once again use tap water more than a month-and-a-half after being told to avoid it.

The decision to approve spending $726,000 intially and another $110,000 each year on the system was made after the council considered other options, such as digging a new well or using some of the Aromas-San Juan School District's water, which has issues of its own, with high levels of iron and manganese. The vote allows City Manager Roger Grimsley to seek final approval for the plan from the state Department of Public Health. Grimsley has said any treatment option would likely still mean resumption of the use of the city water supply for drinking and cooking could still be a couple months away.

San Juan officials in May told residents in a letter to immediately stop using tap water after water sample results in April and May showed nitrate levels ranging from 29 to 48, above the maximum contaminant level of 45 milligrams per liter. Nitrate in drinking water is a serious health concern for infants less than six months old as well as pregnant women. Visitors to the tourist destination have noticed the ban in restaurants such as Jardine's, which has been selling canned soda and serving iced tea made with bottled water brought into the restaurant, rather than the supply from the tap.

Grimsley told Salinas television station KSBW on Tuesday that the nitrate readings in city wells fluctuate on a daily basis.

"Sometimes it goes up and sometimes we're down below the 45 milligrams per liter," he said, noting that a reading on June 5 showed the nitrate levels at 39 and another on June 13 that showed the levels were near 80.