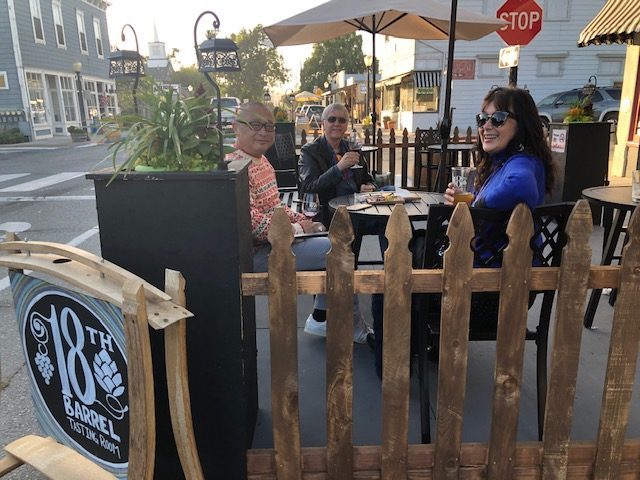 Diners at the parklet outside 18th Barrel. Photo courtesy of Rebecca Pearson. 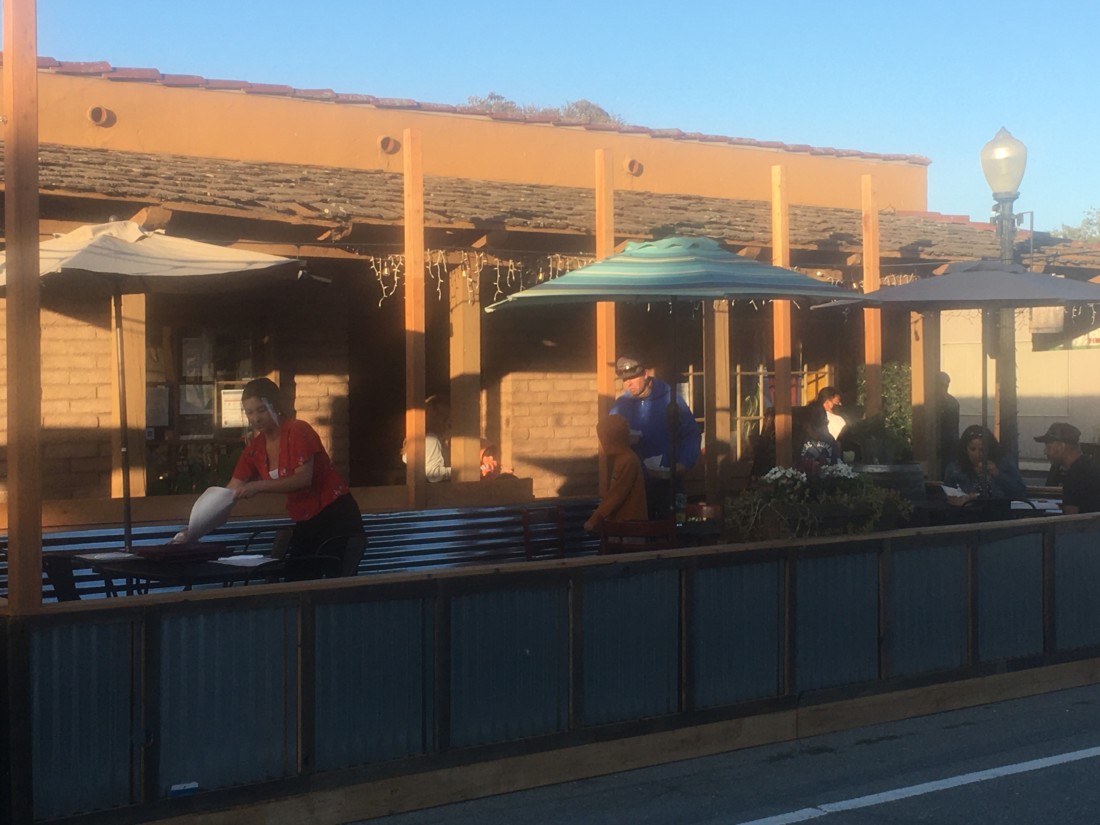 The parklet shared by Brewery 25 and Doña Esther's. Photo by Andrew Pearson. 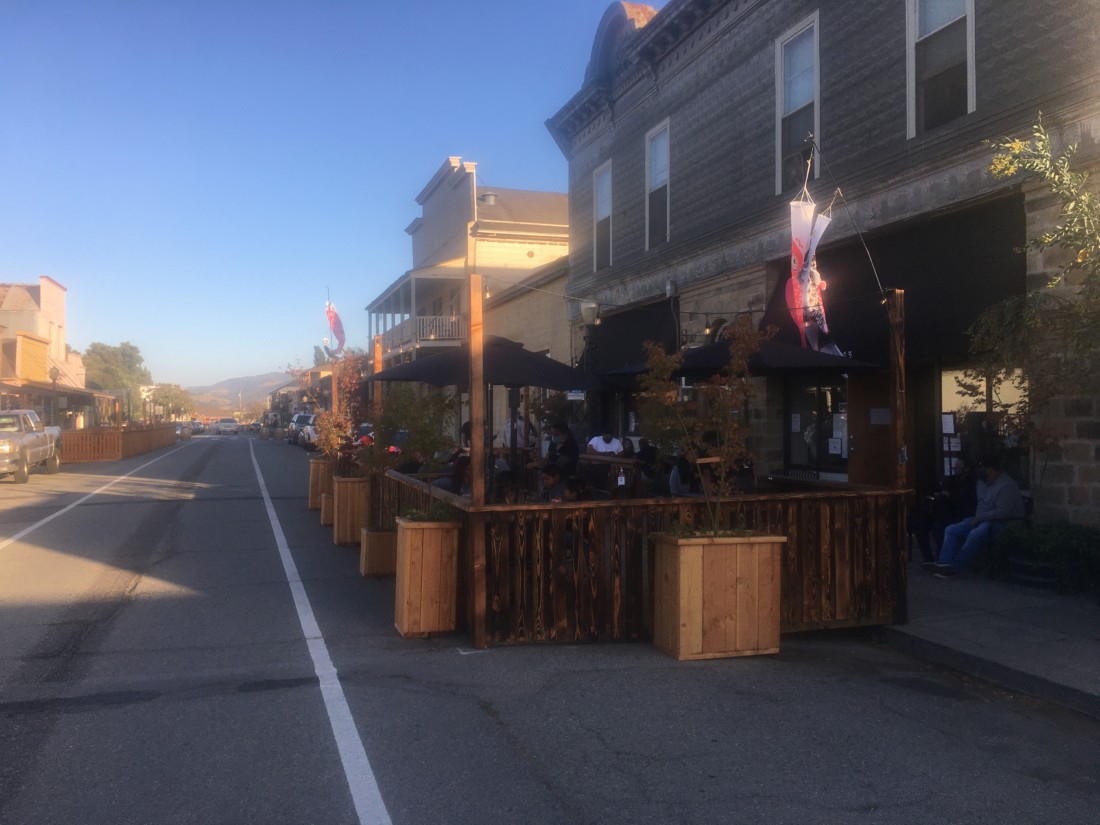 The parklet outside Inaka Sushi. Photo by Andrew Pearson.
×

The San Juan Bautista Historic Resources Board met on Aug. 4 to discuss development of the Third Street parklets, which allow local businesses to offer outdoor retail services and dining in compliance with California’s COVID-19 guidelines.

The parklet system, which City Manager Don Reynolds calls “the Transformation of Third Street,” has restored 360 square feet of business space to establishments which were ordered on July 10 to close their shops. Under the current restrictions, dining and retail can take place outdoors.

“Restaurants have waiting lists on weekends,” Reynolds said at the Aug. 4 meeting, and “demand for seating in the parklets is high. Overall I would say the program has been successful.”

The city of Hollister has also established parklets on San Benito Street so that restaurants can move tables outside. However, Hollister’s parklets are more temporary, surrounded by fencing and barricades. San Juan Bautista, which has kept up many of its historic buildings and façades, aims to preserve the historical integrity of Third Street. The Historic Resources Board asked business owners to refrain from making temporary changes to their establishments.

The board also discussed safety and access laws related to the parklets. Foremost among them is American Disabilities Act (ADA) compliance, which requires that wheelchair-bound customers be able to access all areas where food is being served. The board said it wants the ramps and other accommodations to be sightly and harmonious with the rest of the area. Reynolds said building official Greg Johnson has already worked with some San Juan businesses to help install such ramps, and that Johnson will collaborate with any business owners who reach out to him for inspection or related guidance.

At the July 28 City Council meeting, the ADA requirement was mentioned, but not followed up with a full discussion. Memories of a 2017 series of lawsuits prompted some San Juan business owners to demand clarification. The board reassured merchants, citing Johnson, that after being informed of noncompliance by the building inspector, each business has 180 days to make its parklets and additions ADA-compliant. Reynolds told BenitoLink that bringing a parklet into compliance usually only takes three or four hours.

The city of Hollister, reported board vice chairman David Medeiros, is watching the development of San Juan Bautista’s parklet system for knowledge which they could use to build their own, more permanent parklets.

Board members Scott Freels and Yolanda Delgado said they enjoy the new downtown, and board member Shirley Brewer praised the resilience and work ethic of the business owners on Third Street.

During public comment, brewery owner Fran Fitzharris said that she expected that the future for establishments like her Brewery Twenty Five “is gonna be all outdoors.” She and husband Sean have invested $3,000 in their parklet so far. 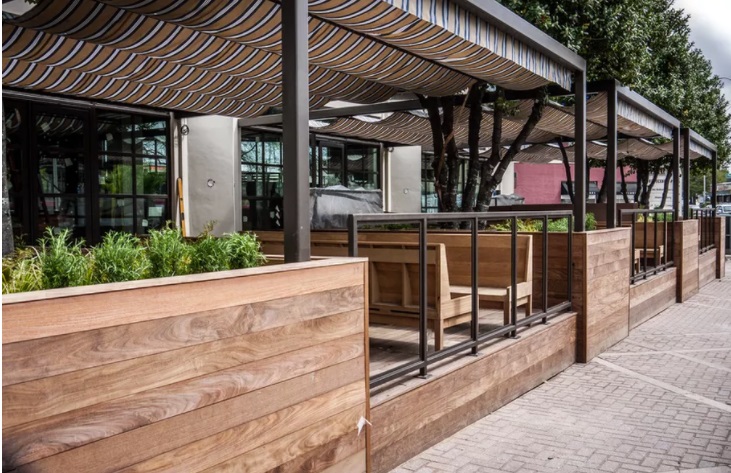 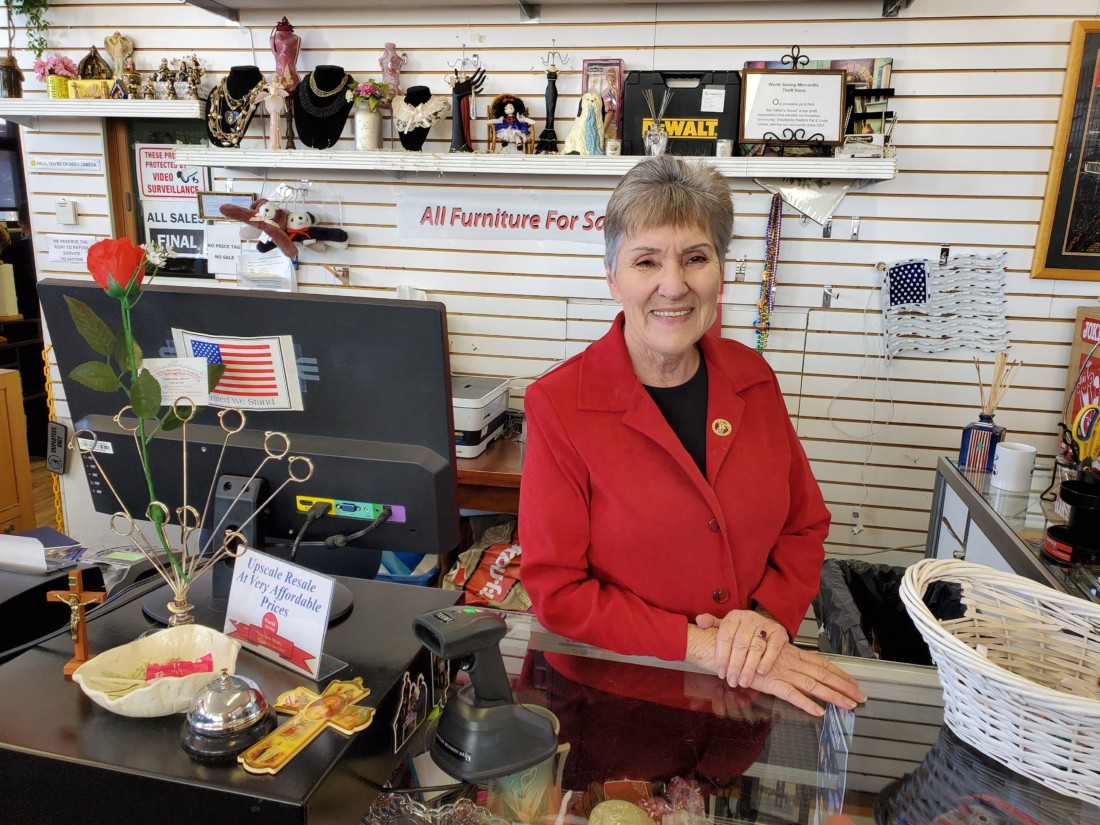 Presentation on Strada Verde proposal to be followed by Q&A session.