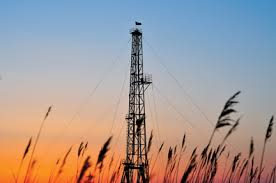 Saying hydraulic fracturing isn't a threat in San Luis Obispo County, that county's Board of Supervisors unanimously agreed recently to not pursue new regulations that would ban the practice used by the oil and gas industry, according to a recent article in the Santa Maria Times.

"I don't want to spend a lot of time to craft a solution in search of a problem," said 3rd District Supervisor Adam Hill, according to the Times. "We could deal with it should there ever come a time a fracking proposal comes before us. I'm more of the mindset of staying with the status quo. I don't see a serious problem that exists for us to dedicate the resources."

There are no oil or natural gas production sites in the county that use hydraulic fracturing, commonly called fracking, to extract the resources from the ground, and county officials said they haven't received any applications for fracking projects. Voters in neighboring Santa Barbara County will decide in November whether to ban high-intensity petroleum operations that include fracking.

"At this point, we don't have a problem that we're trying to solve," 1st District Supervisor Frank Mecham said about why he rejected moving toward a ban or moratorium on fracking within SLO County borders, according to the Times.

He hinted that he wouldn't be against fracking projects in the county in the future if they are guaranteed safe, as he believes the country needs to stop relying on foreign sources for its energy needs, such as oil.

Because current land use regulations allow the supervisors to put restrictions on locally proposed drilling projects, coupled with no foreseeable fracking projects on the horizon, the board opted to see how final revisions to Senate Bill 4, Oil & Gas: Well Stimulation, which passed the Legislature in 2013, play out next year before considering a possible revision to regulations in the county. The new SB4 regulations are expected to be finalized by Jan. 1, 2015, while a scientific study evaluating the impacts of existing and future well stimulation treatments around the state is not due until July.

To read the complete story from the Santa Maria Times, click here.