Attorney De Vries says C-1 overlay application for Betabel is a backstop in case C-3 rezoning is repealed by voters. 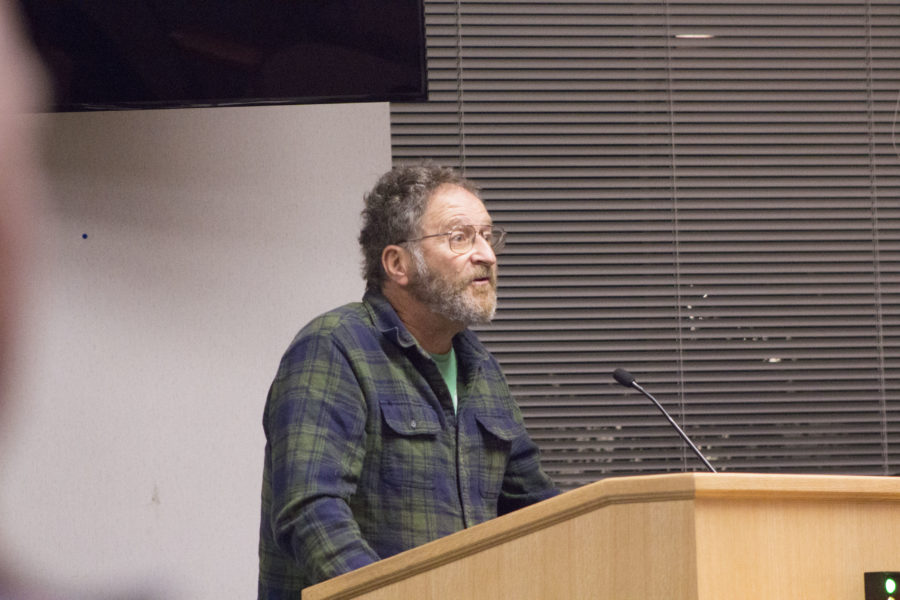 PORC President Andy Hsia-Coron asked the SBC Planning Commission to hold off on a decision regarding a commercial overlay application until after the March primary election. Photo by Noe Magaña.
×

With the fate of the rezoning of four commercial nodes along Highway 101 put in the hands of voters, the San Benito County Planning Commission approved a commercial overlay application for one node at its Nov. 20 meeting. The vote was 3-2, with commissioners Valerie Egland, Robert Gibson, and Robert Rodriguez in favor, and commissioners Eduardo Navarro and Robert Eggers opposed. The application now moves to the Board of Supervisors for final approval.

San Juan Bautista Councilman Dan De Vries, representing Betabel node property owner Rider McDowell, spoke at the meeting and said the C-1 commercial overlay application was a backstop in case voters repeal the C-3 rezoning in the March 3 primary election. The owners of the other three nodes—SR129/Searle Road, Rocks Ranch and Livestock 101—are also looking at C-1 zoning as a backup, De Vries said. He told commissioners and node opponents that they couldn’t stop development.

“Highway 101 is going to be developed. It’s just a matter of what rules are going to apply to that.”

Despite numerous attempts by Eggers to obtain a timeline of when the county should expect C-1 applications from the other property owners, De Vries said “sequentially.”

Under C-1 zoning there are 11 requirements that projects must meet, including permitted uses, building sites and special conditions. Compare that to C-3 zoning’s 18 requirements including theme and tourism marketing plans, grading and landscaping, signs and lighting. Under C-3 zoning, there are also special regulations that the Betabel node project would be required to meet, such as a mid-century roadside theme, post-modern styles of architecture with the less intense development located nearest the San Benito River, and sign regulations.

Michael Groves, president of EMC Planning Group, gave a presentation at the meeting. He said that if the C-3 designation remains in place after the March 3 election, that it would serve as the base. However, if there are any conflicting standards between C-3 and C-1, he said the latter requirements would be enforced.

According to county code, the intent of C-1 zoning is to “provide establishments offering accommodation, supplies or services especially to motorists, and for certain uses such as commercial amusement and specialized automotive and related sales and service establishments which serve persons coming to them from large trading areas by automobile.”

Preserve Our Rural Communities secretary Mary Hsia-Coron, the community group that led the petition effort in response to the C-3 rezoning of the four nodes, spoke against the overlay. She said it was an “end run” to the referendum and that voters would be upset if it was approved.

“I’m sure the supervisors who appointed you or any one of you who are running for office should care about what the voters think of this effort to circumvent the will of the people,” Hsia-Coron said. “I think [it’s] political suicide for anyone that is going to be supporting this C-1 rezoning.”

“I can tell you the sentiment is overwhelmingly opposed to further changing, transforming that area,” Andy said.

He urged the commissioners to hold the item until voters decide on the C-3 rezoning in March.

“I don’t think our issues of development need to be resolved before the people have a chance to speak in March,” he said.