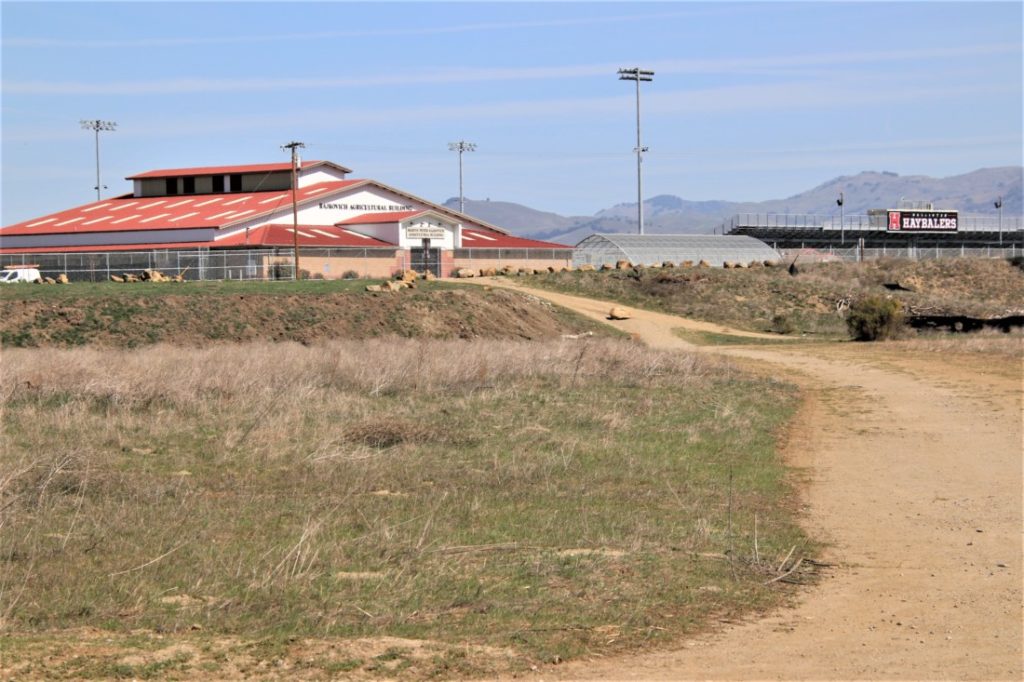 The county plans to transform over 46 acres of weeds and dirt trails into a regional park. Photo by John Chadwell.
×

Editor’s note: This article was updated as it incorrectly stated the San Benito County Board of Supervisors had tabled the approval of the lease agreement. Last updated 3:39 p.m.

At its April 27 meeting the San Benito High School District Board of Trustees unanimously and without discussion approved a 99-year lease and shared use agreement and property exchange between the district and San Benito County.

The move is part of an overall land exchange of 46.9 acres as an interagency cooperation agreement between the district, the county and Hollister that would turn over the unimproved district property located at 1220 Monterey Street between the south campus and the San Benito River, where the county intends to construct a regional park.

The agreement spells out that within 60 days of the first notice that the county intends to begin construction of the park, a shared use agreement will be developed that will allow students and faculty to schedule access to the facilities for sports practices and special events.

This lease is part of the district’s push to permanently close Nash Street, which is partially owned by the city and county. Despite the district’s approval, the agreement will not move forward until the county and city also sign on to the deal, which failed to happen when county supervisors decided to wait until the Hollister City Council made the first move.

The high school maintains that permanently closing Nash Street will protect students and staff. The City Council discussed the closing on March 15, but did not take any action, nor did it provide city staff with any direction. Mayor Ignacio Velazquez said the council had a consensus that they supported keeping the road partially closed. Councilmembers Rick Perez and Rolan Resendiz told BenitoLink they did not support the permanent closure. The mayor told BenitoLink on May 3 that the road would only be closed from 7 a.m. to 7 p.m. on school days only. The agenda for the May 3 council meeting did not include a resolution concerning the road.

On April 27 the San  Benito County Board of Supervisors also unanimously approved the lease agreement.

“As part of the interagency agreement that was executed in the fall of 2016 we’re continuing to work towards the permanent closure as well as the potential extension of hours,” Shawn Tennenbaum, district superintendent told the board. “There is a provision of the interagency agreement to work on a calendar to look at the events that we offer for the 180 instruction days and prior to and after school.” 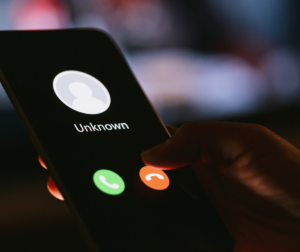 PG&E says it has received 97 reports of scams by its customers in San Benito County between January and October. 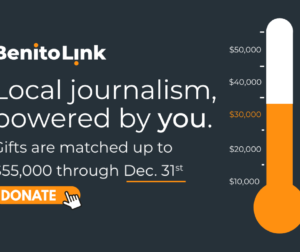 A Poynter Institute article suggests that truth can win ...if we are willing to change course and focus on local news. 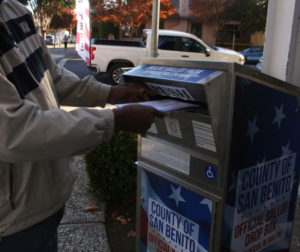