City Manager looks to gain support from City Council before budgeting for it. 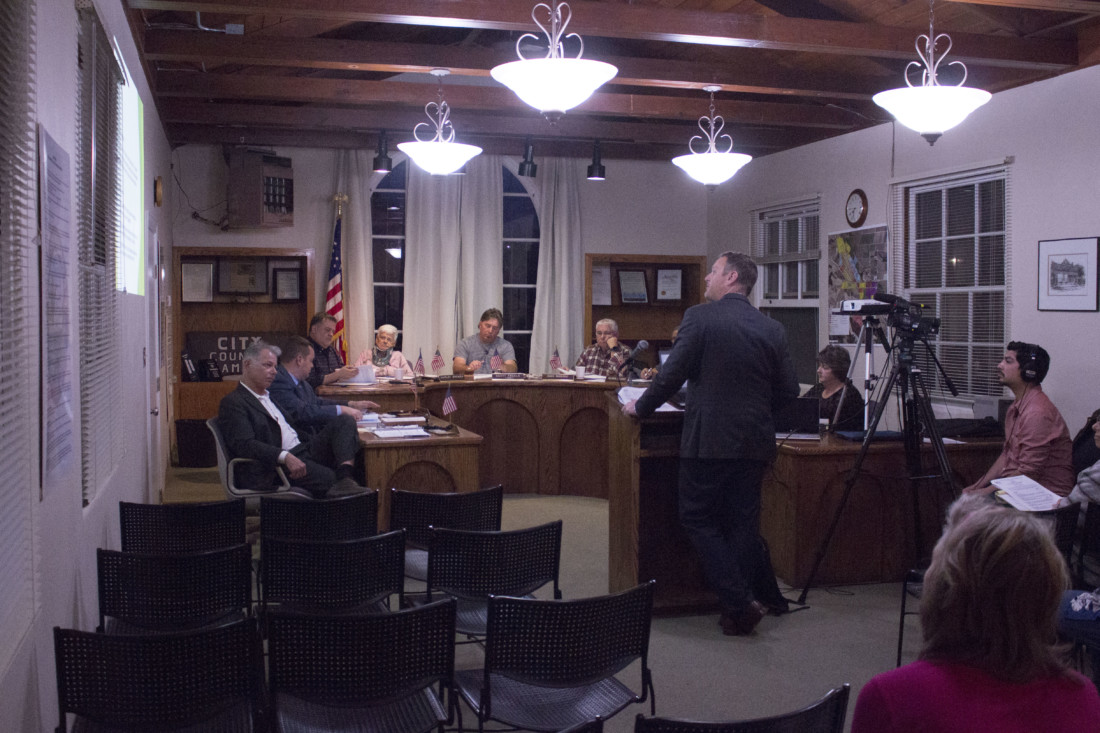 The San Juan Bautista Planning Commission held discussion and voiced its support to reestablish an urban growth boundary in the city at its March 10 meeting. If established, the boundary would limit where new development could take place within the city.

City Manager Don Reynolds said the City Council, and Councilman Dan De Vries in particular, was interested in the urban growth boundary as a tool to deal with the city’s vulnerability to developers. Reynolds said he was looking for the commission’s input before hearing from the City Council to decide whether he needs to budget for it in the next fiscal year.

Acting as city engineer, David Mack with Harris and Associates presented commissioners with background and said San Juan Bautista has not had a sphere of influence or urban growth boundary since adopting its General Plan in 2015.

While an urban growth boundary limits where a city can develop, a sphere of influence requires a city to be notified of any applications submitted to the county that fall within its scope.

Mack added that without a sphere of influence, San Benito County could potentially approve projects up to San Juan Bautista’s city limits, though that would be unlikely.

Resident Cara Vonk said she was shocked the city did not have an urban growth boundary and supported adopting one with the same scope as city limits; she said the housing element adopted last year showed there were sufficient properties to meet housing requirements within San Juan Bautista. She also asked if it would be more economical to do the process through an initiative (Preserve Our Rural Communities is undertaking this in Hollister).

Mack said it was not advisable to do zoning with referendums because the process would not skip any steps and the city would not have the ability to change mistakes in a proposal adopted by vote without an election.

“Just a small example of that: when I was with Marina the residents did their cannabis ordinance for a referendum; there are substantial errors in it and the city cannot change those errors or correct those without bringing it back to a vote,” Mack said. “And the cost was about $700,000.”

He said the process is better accomplished with the city doing the heavy lifting in collaboration with stakeholders, adding that when it’s done out in the open, the California Environmental Quality Act process can go smoothly.

Commissioner Scott Freels said he thought people might be shocked that the city did not have an urban growth boundary, but he was not.

“[Councilman] Dan De Vries has been screaming this for the last four or five years, that we’re leaving our butts hanging out in the wind and no one has been listening to him,” Freels said. “So for the record he has been telling everybody that there are massive holes in the General Plan.”

While San Juan Bautista has followed water state regulations since 2015 and completed necessary reports required under an executive order intended to conserve water, the Planning Commission approved a local water conservation ordinance on March 10. Final approval will be left to the City Council.

According to the meeting agenda packet, the city previously attempted to adopt its own ordinance, but was unsuccessful. City planner Todd Kennedy said then-Gov. Jerry Brown’s executive order B-29-15 was in response to the drought to “beef up current state statutes,” including requiring new developments 500 square feet or larger to have landscape systems that are water efficient.

“Our landscaping section of our city code needs a lot of work and I think that would be the next step,” Reynolds said.

Freels was the lone “no” vote after he jokingly said he didn’t know why the city had a planning commission since it’s being told what to do by California legislators.

Participants will help each other build houses with onsite supervision and guidance of CSDC construction staff.