Opponents have out-raised proponents 17-to-1 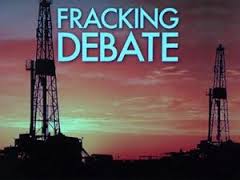 Supporters of a local San Benito County ballot measure that would outlaw “high-intensity petroleum operations” have been outpaced 17-to-1 on fundraising by a political action committee that has so far raised $7.6 million from oil and energy companies to defeat Measure J and other local initiatives in California that would put restrictions on oil and gas drilling, based on the most recent campaign finance reports filed Oct. 6 and 7.

According to the San Benito county counsel’s analysis of Measure J, it would prohibit land uses in support of “high-intensity petroleum operations” including well stimulation treatments such as hydraulic fracturing, acid well stimulation treatments and enhanced recovery wells such as cyclic steam injection, waterflood injection and steamflood injection. The ballot measure would also prohibit all petroleum operations in county residential general plan land use designations and rural and residential zoning districts.

“What you are observing is typical of these kinds of issues on hydraulic drilling that are happening all over the country – in New York and Colorado,” said Terry Christensen, a political science professor emeritus at San Jose State University. “You see big outside spending and pretty small-scale, grassroots on the side of any kinds of restrictions. It’s pretty typical and it’s really hard when you are outspent 10 to 1. It’s hard to overcome the dominance in the campaign.”

A supporter of Measure J, Mary Hsia-Coron, said she educated herself on the issue of drilling and that the group is fighting for the future of San Benito County. The supporter’s platform says they want to “protect our community from risky oil extraction processes like fracking which endanger our water, our families and our health.”

Their website, www.protectsanbenito.org, has a list of more than 100 individuals or organizations that they say have endorsed Measure J. The list includes teachers and retired teachers, ranchers, vinters, local politicians and other community members.

No on J spokeswoman Kristina Chavez-Wyatt, a paid consultant with Farmhouse Communications, said local opponents of Measure J are concerned about the economic impact of the measure. According to opponents, future petroleum growth in the county could add 1,250 jobs over the next few decades.

“Hydraulic fracturing is not being used, proposed or planned in San Benito County,” Chavez-Wyatt said.

The opponents have said the supporters of Measure J are being driven by out-of-the-county environmental groups, though the only monetary contribution as of the last filing date included a $100 donation from a Sierra Club chapter based in Fresno.

Top contributions to California For Energy Independence, Including Energy Producers include a $2 million donation from AERA Energy, LLC, $2 million from Occidental Petroleum Corporation and $1.3 million from Chevron Corporation, among smaller donations from other corporations, in the most recent filing period from July 1 to Sept. 30. The group has donated money in other counties with ballot measures to restrict oil drilling such as Santa Barbara, where Measure P is on the ballot in November, and Butte County, where a measure was proposed for the general election, but was delayed. Spending in the three counties totaled $6.4 million.

Chavez-Wyatt said the campaign efforts in San Benito County have been focused on presentations in the community, one-on-one communication and social media.  According to campaign finance reports, No on J has spent $1.15 million on efforts to defeat the measure that also includes television commercials, direct mailers, voter guides, consultants and legal services.

The majority of donations to San Benito Rising and the Coalition to Protect San Benito have been collected from individual donors, with the largest single contributor donation at $5,000, but with most donations coming in at $200 or less.

Supporters of Measure J have spent $71,000 on items including legal services, consulting, direct mail brochures, lawn signs and on-screen advertising. The group has received some of its legal services and consulting as in-kind donations.

Christensen said he predicted that opponents to the measure would kick direct mailers into high gear in the coming week since ballots went out this week due to a high vote-by-mail ratio locally. In the June primary, 24 percent of registered voters in San Benito County cast their ballots by mail while under 8 percent voted in person on Election Day.

In cases where much of the campaign contributions come from outside a county, Christensen said the best defense for proponents is to focus on their grassroots efforts and turn voters against big-spending organizations.

“It sounds like these folks who oppose the measure are being pretty smart,” he said. “The money is coming from outside, but they are trying to draw in as many locals so they have a base of support.”

Chavez-Wyatt said opponents have been upfront about the funding for the opposition campaign.

“We’ve been very transparent about where they money from our campaign is coming,” she said. “It’s from energy companies that produce oil and gas, jobs and pay taxes. It is from big guys and small guys – and gals.”

She said the campaign has purposefully not solicited money from local contributors.

“One of the reasons why is that we want our businesses, ag and cattlemen, and our working families to continue using their restrained resources to benefit their business and their employees,” she said. “We are barely making it out of a very severe recession.”

Hsia-Coron said her group is the true grassroots group that has the support of locals.

Christensen said local measures that face opposition from well-funded outside interests such as builders or energy producers face an uphill battle.

“For PACs, there is no limit on contributions that applies for initiative measures,” Christensen said.

See the full lists of contributions and expenditures

For a full list of donations to Californians for Energy Independence, Including Energy Producers, visit: http://cal-access.sos.ca.gov/Campaign/Committees/Detail.aspx?id=1365619&view=received

For a full list of donations made by Californians for Energy Independence, Including Energy Producers, to opponents of local ballot measures, visit:

For a full list of donations and expenditures from San Benito Rising, the Coalition to Protect San Benito and San Benito For Energy Independence, visit: https://care.cosb.us/eRetrieval/Search/SearchByBallotItem.aspx?y=0

*Note: all campaign finance documents for San Benito County can be viewed online at:

Read a summary of Measure J: