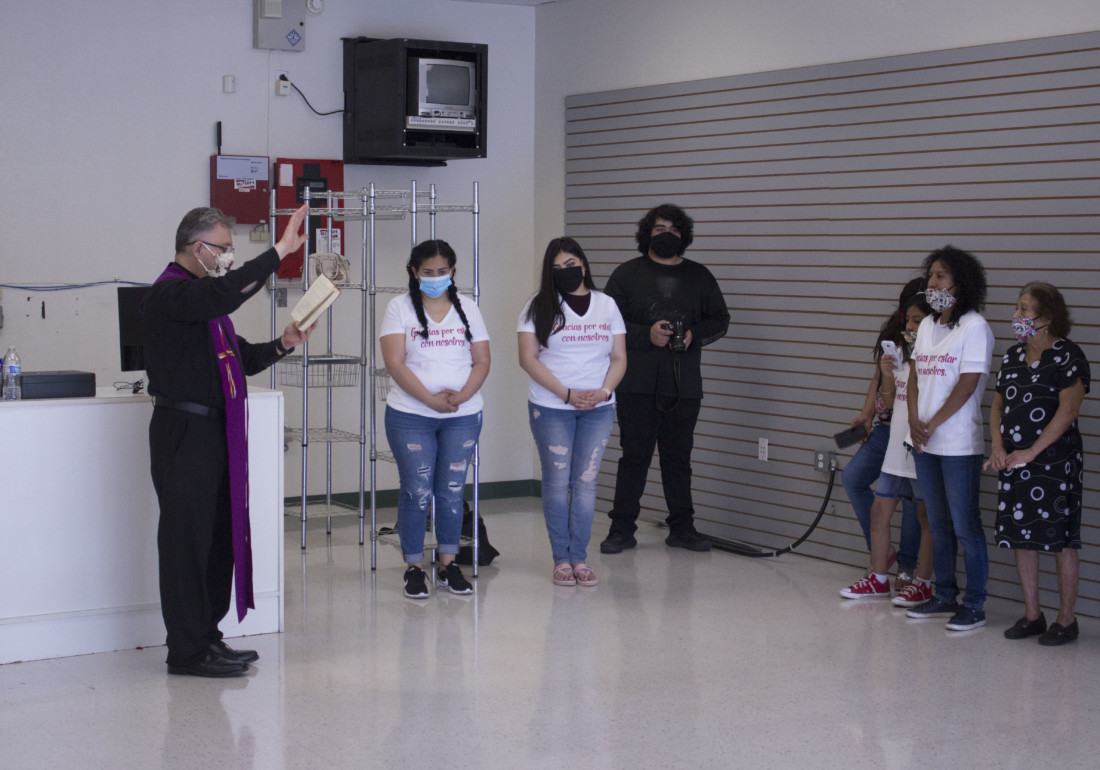 Father Heibar Castañeda blesses the new location and all who attended the ribbon-cutting ceremony. Photo by Noe Magaña. 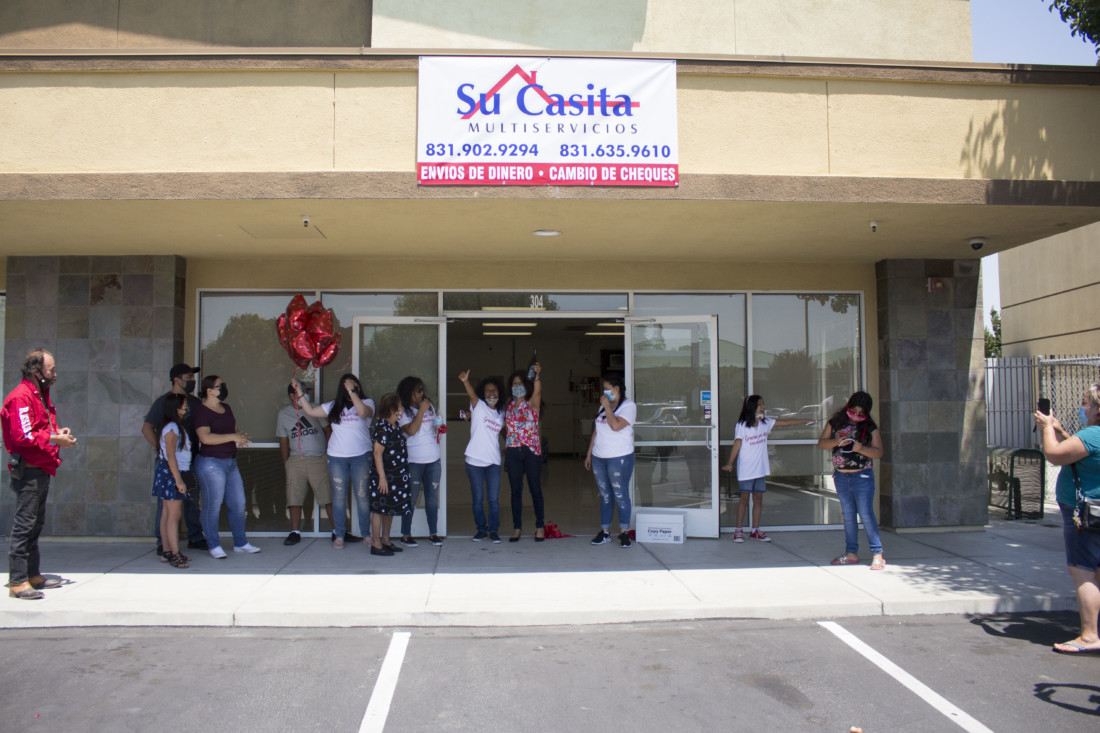 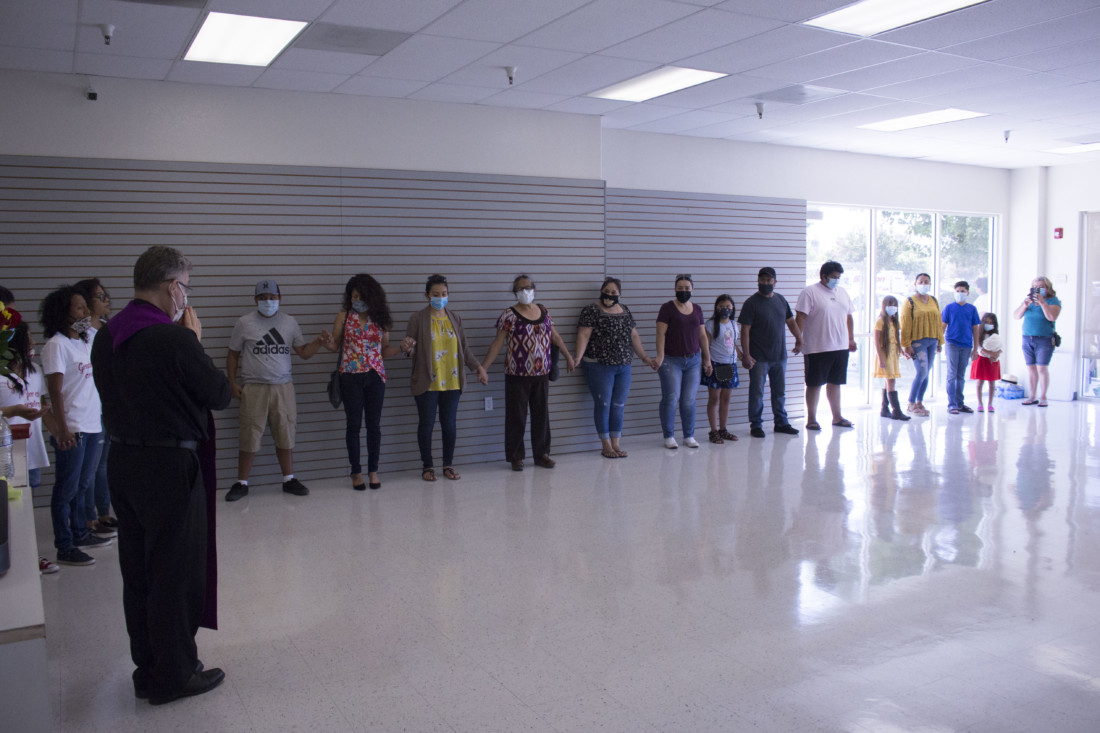 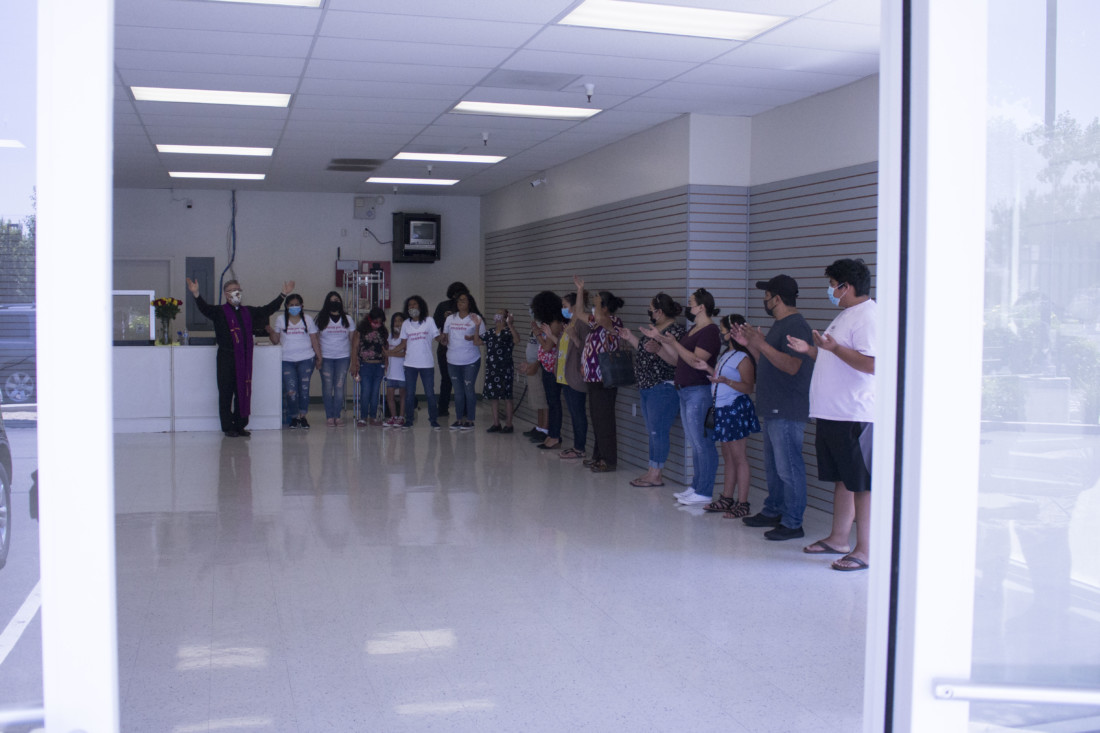 Owner Patricia Castro plans to reopen on July 20, eight days after her previous shop burned in a downtown Hollister fire. 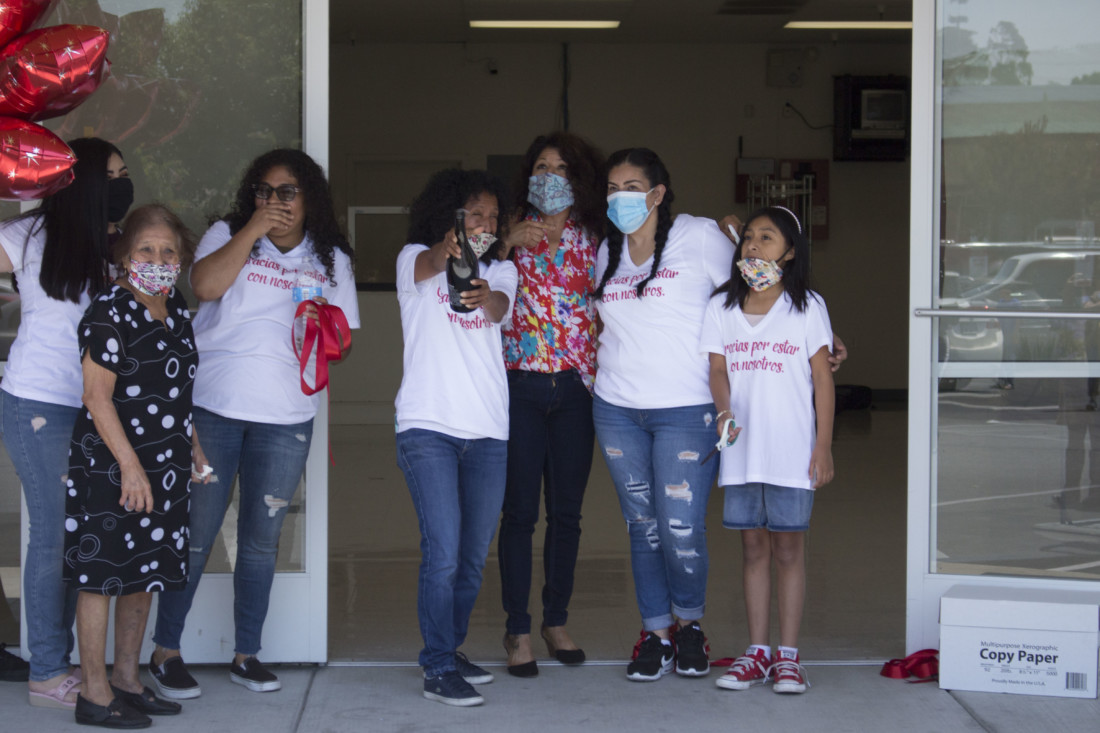 Four days after Su Casita Multiservicios burned down in a July 12 fire on San Benito Street in Hollister, owner Patricia Castro is set to reopen next week at a new location. She held a blessing and ribbon-cutting ceremony at the new location on July 16.

Su Casita’s new site is at 193 McCray Street, Suite 304, and will open on July 20. Castro said she is working on installing internet access and waiting for the city to process her business license before she can operate again.

With over 20 people attending the ceremony, Father Heibar Castañeda led the group in prayer before blessing the building space and attendees. Castro then cut the ribbon and opened a bottle of champagne celebrating the new phase of her business.

Shortly after cutting the ribbon two clients approached Castro asking if she was open. After learning they had to wait until Monday, they briefly joked and talked with Castro about needing her services.

Castro said it was luck that she was able to find a new site just days after the fire. She said she was chosen from about four other parties who were interested in the space. She inquired about it on Monday, met with the owner the following day and signed the contract that afternoon.

This is not the first time Castro has been forced to change locations. Su Casita was originally located inside Brother’s Market on the corner of South and San Benito streets, where Country Rose Cafe is now located. When the market shut down four months after she opened, she continued to use the building even without electricity or water. A generator that she rented was enough for her to continue to operate until the city closed the building. She said she was afraid to leave that space because she believed she would lose clients.

“Estaba aferrada a ese lugarcito sin embargo la jugada del destino era de que me tenía que salir,” Castro said. (I was clinging to that little place, but it was destiny that I had to get out.)

Knowing that day would eventually come, she had already rented the space downtown which would be Su Casita’s home for the next 12 years.

“Empezamos con una mesa nada más y una calculadora manual,” Castro said. “Ahí no tenía luz, aquí siquiera ya tengo luz.” (We began with a table and a manual calculator. There we didn’t have electricity, here at least we have light.)

Castro said her new location on McCray Street resolves complaints from her customers about needing more space and more parking. At the downtown location, employees could help only one customer at a time.

Castro said she had a hard time leaving the fire-damaged space at 439 San Benito Street.

Despite all the challenges, Castro continues to smile and look at the brighter side. Maria Diosdado, a Su Casita employee of 12 years, described Castro as a strong woman whom she considers her sister.

One of five employees, Diosdado broke down in tears when she saw Su Casita burned down. But when she saw a composed Castro full of faith, she knew everything was going to be okay.

“Cuando yo trabajo con ella, es una seguridad que transmite,” Diosdado said. “Y ese día que la mire ahí pasó lo mismo.” (When I work with her, there is a security that she transmits. That day that I saw her there, the same thing happened.)

Castro, a native of Acapulco, Mexico, knew she would eventually find a new location but was surprised it happened so quickly.

“Una amiga me dijo ‘conociéndote como eres sabía que ibas abrir rápido pero nunca me imaginé que tan rápido,’” Castro said. (A friend told me ‘knowing you, I knew you were going to open fast, but I never imagined it would be this fast.’)