A Salinas-based recovery center opens its second home in Hollister, this one for women 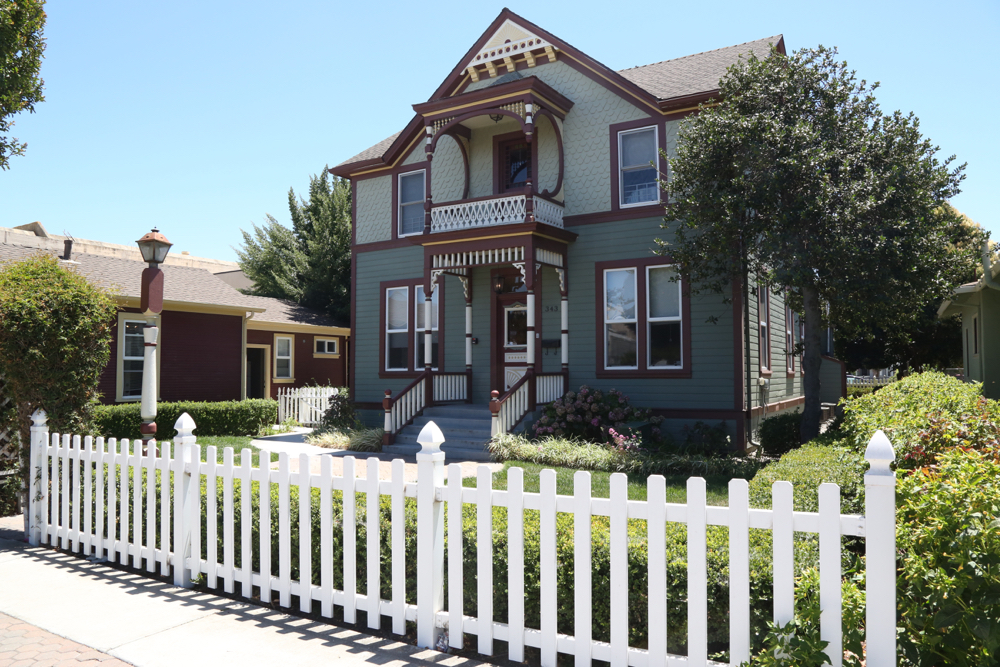 Sun Street Center is a few doors down from Mars Hill on 6th Street. "It's not really a program," says Anna Foglia, chief executive officer of Sun Street Centers, which recently opened in Hollister. “It’s more that they live under a model where women agree to a covenant.”  Sitting in the new living room with tall ceilings and quality furniture, Foglia and CFO Jim Barnes are explaining how Sun Street Centers works. The nonprofit already has a track record in Salinas for brightening up the difficult route to sobriety.

“It’s called a sober living environment,” Foglia explains. “Some people feel sorry for the women who are in our program, but they shouldn’t. These women are feeling good. They are pulling their lives together. They’re involved in their children and thinking about the future. It’s a positive time,” she says.

Foglia and Barnes are having a literal “open house” to show the community their new facility on Sixth Street. The first thing a visitor notices is the house itself. It is a house anyone would love to live in. The beautiful Victorian is impeccably remodeled. Out back, there are mature roses literally overflowing with white blooms all over the patio and it’s in a convenient location downtown.

Women are referred to the program from other nonprofits or personal contacts. They move in to this sober living environment — sharing with weekly duties, handling errands around the house and supporting each other in their common goal of sobriety. “A lot of people are here to get back on their feet and change their lives,” Foglia says.  Sun Street Centers also has a men’s residence that also recently opened in Hollister.

"It's great to have a men's and women's sober living environment of this quality in our area for people who have gone through addiction," says Esther Curtiss, executive director of  CASA (Court Appointed Special Advocates) of San Benito County. When asked if she is familiar with the nonprofit, Curtiss told BenitoLink, "They have a successful reputation in Monterey County and I have heard nothing but positive reports on Sun Street Centers. We're lucky to have them." Sun Street Centers has offices in Salinas, Seaside, Marina and Soledad, including programs for youth, families and addressing driving under the influence.

The home is stunning, meticulously maintained and residents will have a chance to enjoy the pleasant environment. “Thanks to the Community Foundation (for San Benito County) half the furniture and the first month’s rent has been paid for,” says Foglia. The rent is $600 a month plus utilities for the residents and the women will have to come up with their own money to stay here. Foglia’s goal is to find an interested partner and help reduce the rent for the tenants, so it isn’t such a financial leap to move in.

The center was also fortunate to receive a  $4,000 grant from Intero Foundation for the residents’ children. The grant covered their unmet needs; bikes, jeans, back packs and art supplies. “We called it Christmas in July,” Foglia says.

Foglia says the community has been friendly and positive from the beginning. Intero Real Estate and the Community Foundation for San Benito County stepped up to the help make the home cozy. Fisher’s Restaurant and Heavenly Bakery provided sandwiches and desserts for the open house.

”Safety, Sobriety, Cooperation and Peace." This is the covenant that Foglia says is the key to keeping this haven happy.