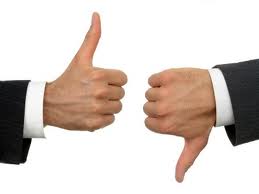 On Friday, July Fourth, we will celebrate Independence Day, which – thanks to Wikipedia – we know was not actually the day of independence but the date on the Declaration of Independence.

More than 230 years have passed since 1776, but the 110 key words of The Declaration remain the best definition the imperfect but profound principles that should guide the fundamental relationship between the government and people ever put forth…

“We hold these truths to be self-evident, that all men are created equal, that they are endowed by their Creator with certain unalienable Rights, that among these are Life, Liberty and the pursuit of Happiness.–That to secure these rights, Governments are instituted among Men, deriving their just powers from the consent of the governed, –That whenever any Form of Government becomes destructive of these ends, it is the Right of the People to alter or to abolish it, and to institute new Government, laying its foundation on such principles and organizing its powers in such form, as to them shall seem most likely to effect their Safety and Happiness.”

However, the right of independence cannot ensure you will think or act independently, if fact there are many indications that the essential actions of independence – reasoned decision making – has been dying in America for a very long time. A primary indicator is the Savior or Satan philosophy Americans have adopted toward the presidency. Without regard to party, policies, or even basic competence, the constant drumbeat of all Obama all the time is a sure sign of weakness in our national character.

For those who offer the president all-out support it reveals the longing for the impossible savior who will cure all our ills; for those who offer all-out opposition it is the assignment of every failure to the administration. Most importantly, we are absolved. It is a simplistic view of both our substantial successes and dreadful shortcomings ensuring we will learn nothing from either. The Obama phenomenon is just the next step in a long-running and ill-advised focus of the presidency: “Save us, oh President, we are nothing without you and if you fail to save us it’s all your fault.”

Whether your personal messiah is God or government and your nemesis Satan or systems, looking for a savior or scapegoat in the Oval Office is a futile endeavor.  For the most part, we still control our own destiny.  Relinquishing that essential power to any other individual, group, or government, would be the worst decision possible and fundamentally change America forever. Unlike fairytale endings, you do not get the government you deserve, you get the government you are willing to put up with and too many people will put up with anything as long as their political preferences are satisfied.

This does not mean the president – whoever it might be – is powerless, but it does mean we are assigning both credit and blame out of all proportion to their power which means they are always crowing about triumphs or making excuses for failures. A recent Pew Research paper on partisan polarization found that "more Americans today hold consistently liberal or consistently conservative values across a wide range of issues”.  The word “consistently” is the warning flag there, as it indicates a lack of independent reasoning – a dangerous tendency toward group-think.

Form your own opinon, don't just copy one. Ralph Waldo Emerson (1803-1882) wrote, "A foolish consistency is the hobgoblin of little minds, adored by little statesmen and philosophers and divines."  It remains as true today as it was in 1841.