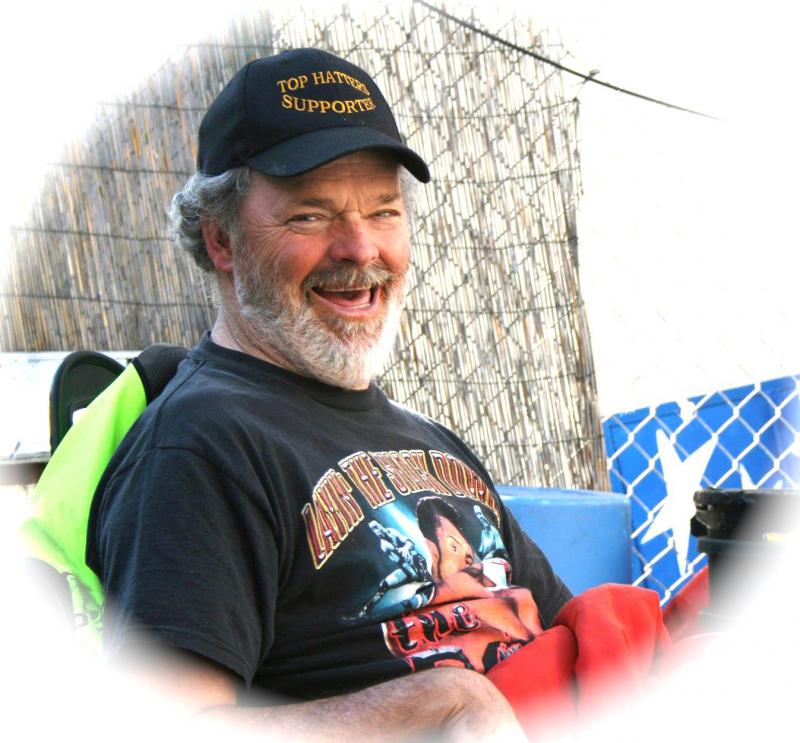 Eric Tognazzini, a longtime Hollister resident famous around town for his big smile and three-wheel bike, was memorialized on March 21 with the dedication of a statue in his honor at the city-owned lot on the corner of San Benito and Fourth streets downtown.

Tognazzini, who passed away in May 2011 at the age of 64, was born with severe physical limitations as a result of cerebral palsy. His mother was told that he should be put in an institution and would never walk.

"My grandmother, being fiercely independent, didn't listen to the doctors advice, brought him home and eventually he did walk and learned to communicate," said Tognazzini's nephew, Matt. Tognazzini was a member of Hope Services, played wheelchair soccer and opened his own recycling business, which he operated from his bike.

After his passing, a group of local citizens formed a committee whose goal was to honor Tognazzini's impact on the community with a life-sized bronze statue. After four years of fundraising and with approval from the Hollister City Council, the effort paid off and the statue was dedicated on Saturday.

"(Eric) always had wave and smile for everyone who crossed his path," Matt Tognazzini recalled. "He touched so many people from all walks of life. Showing everyone he met the best side of human nature. It feels wonderful to know that his memory and spirit will live on. I want thank my dad (Mark) and all the others who donated money and volunteered time and effort to make this happen and city of Hollister for allowing the statute to be displayed in perpetuity."