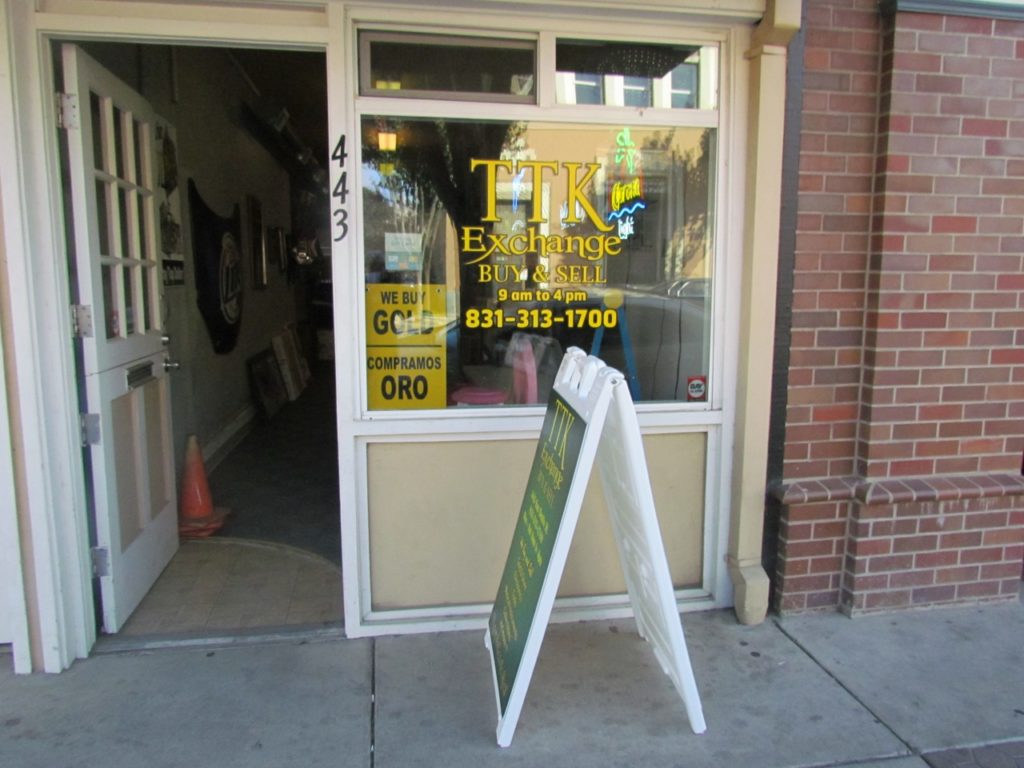 TTK, the new buy-and-sell shop in downtown Hollister, will look at items brought in by customers, and if the business believes it can sell them, will pay cash on the spot.

Trinie Martin, and his daughters Tina Martin and Kim Bautista, opened the store up in August, after closing their Los Banos pawn shop. The TTK stands for Trinie, Tina and Kim.

The family also owns the San Juan Bautista Thrift Shop and has been in the recycling business for many years in Gilroy.

“We buy, sell electronics, gold and silver, tools, musical instruments, collectibles, treasures, and more. Everyone has stuff laying around that can be turned into cash,” Bautista said, adding that if they do not know the price of an object, including antiques, they will look it up.

Sometimes folks worry if an item has been stolen and brought into a shop such as TTK, and to answer that question, Bautista assures the customer that the police are aware of what has been purchased by the TTK staff.

“Every day, if we have purchased something, we electronically report it to the police. That is a requirement by the State of California,” she said. “We’re open and honest about our business. My dad (Trinie) and I, when he closed the Gilroy recycling center down, wanted something different to help people turn stuff into cash."

She gave an example of a recent exchange when a woman brought a hand full of broken and scrap jewelry, and they looked it over, purchased it, and paid her $470 on the spot.

“You do not need to call first, just bring it in.” Bautista said.

Since the gold market fluctuates every day, Bautista noted, they pay based on that day's market price.

“We pay the highest in town,” she said. “If you’re not sure if jewelry is real, we’ll assess it, and if you don’t like the price we pay, that’s OK with us.”

The store features trays of jewelry, guitars, a keyboard piano, computers, television sets and other electronics, tools and much more.