Months after Cheung Sheng restaurant burned down, the Fu Family is rebuilding. 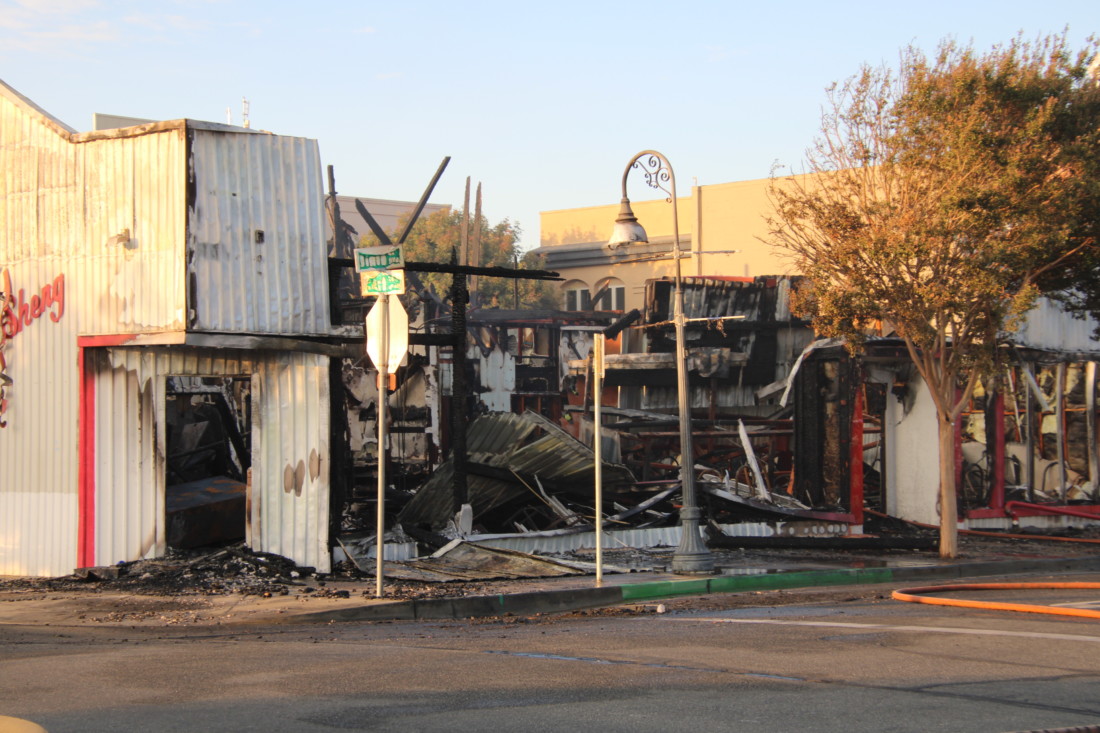 Cheung Sheng Chinese Restaurant on the corner of Sixth and East streets was fully ablaze when fire units arrived. Photo by John Chadwell.
×

This article was written by BenitoLink reporter intern Olivia Madera.

Last November 2 was a devastating day for the Fu family, who own the well-known and beloved Chinese restaurant, Cheung Sheng. The day was filled with stress and uncertainty as the family learned their restaurant had burned down in the early morning from a friend who lived in the same area as the restaurant. The fire remains under investigation as an arson case. The children weren’t able to go see the building because they had online classes in just a couple of hours.

Brenda Fu, 17, explained that while her parents investigated the scene, she and her younger brother “watched a couple of Disney movies as we waited for our parents.”

The situation was hard for the Fus because the restaurant had been in their family since 1988. Cheung Sheng owner Yauwai Fu explained that he has many memories associated with the restaurant because his parents started the business when he was 13 years old.

“We did our homework there everyday after school. I even got married there,” Yauwai said.

The restaurant has held Lunar New Year parties, Harvest Moon Festival gatherings and family birthdays. The restaurant was going to team up with San Benito High School  to organize a restaurant fundraiser where the proceeds were split between the two. But the fire happened first.

Brenda, said that their Lunar New Year parties were “one of the things I loved about the restaurant.”

She explained that the parties were where her family and the restaurant’s staff would get together, eat traditional food and celebrate the beginning of a new year.

Throughout the years, Cheung Sheng offered traditional Chinese food with American elements added. The family served both dine-in and take-out customers, with take-out becoming the primary mode once the pandemic hit.

As most restaurants saw business drop during the pandemic, “COVID didn’t really have an effect on the business because we have regular clients who didn’t mind using take-out,” Yauwai said.

Xuna Fu, wife to Yauwai, said, “We cook some of the food on the menu at home,” which means that the menu will continue to stay the same, likely for many years to come, regardless of pandemic setbacks and reopening plans.

The family plans to reopen Cheung Sheng by August in a new location, 730 San Benito Street in Hollister, where the restaurant Forno’s used to be.

According to Yauwai, finding the new location wasn’t easy. “We kept searching and checking out different places until we found the building we are at now.”

Once reopened, Cheung Sheng will offer both dine-in and take-out fare.

The family has finalized blueprints and a new interior design that will be different from their previous one.

Because of the pandemic, they haven’t begun remodeling at the new location.

According to Yauwai, “The most stressful part has yet to come. Mentally, it is stressful because there are too many unknowns.”

“The fire has made the Fu family stronger and more appreciative of what they have,” Yauwai said.

“It makes us realize how quickly life can change.”

Cheung Sheng means “long victory” in Chinese. The name was originally picked by Te Cheng Fu, Brenda’s grandfather, when he opened the restaurant in hopes the establishment would last a long time and bring good luck to the family. And it has. 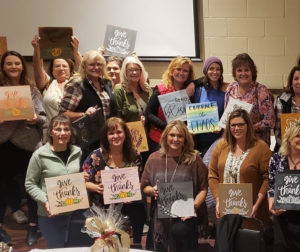 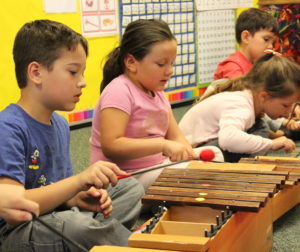 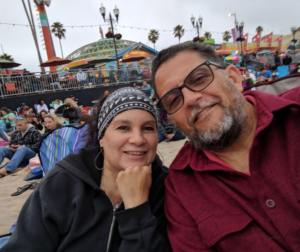