Marriage should be a personal, not government-driven, decision 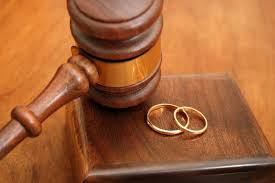 All the talk about out-of-wedlock children, single parents, and same sex relationships actually brings up another, more fundamental, question; what is marriage and why is the government in the marriage business anyway?

The concept of marriage seems simple enough. Cultural Anthropology: The Human Challenge defines it as, “a culturally sanctioned union between two or more people that establishes certain rights and obligations between the people, between them and their children, and between them and their in-laws." However, in our current society the concept of marriage is anything but simple; it has enormous social, religious, legal and, financial ramifications; to make it more complex, each of those impact the others.

Some preliminary research indicates it is difficult to establish the beginnings of the concept of marriage, or its ceremonies. It certainly goes back to at least ancient Egypt, 3000 BC – 1000 BC. Logically, any society that recognized heritage must have recognized the marriage-type relationships that established that heritage.  Therefore, the statement that the “institution of marriage pre-dates recorded history” is intellectually defensible, if unprovable.  The existence of a formality would be less necessary in a small society than in a large one – there is no need to codify what everyone knows.

As societies grew in size and complexity it became more important to formalize what the members saw as important social and legal relationships that, naturally, included religion and procreation.

As with any societal norm there had to be enforcement mechanisms, in the case of marriage they were all brought to bear to some degree, but the most powerful was the threat of disapproval and ostracism by the tribe – friends, family, colleagues, and even like-minded strangers.

Like so many things the actual impact of maintaining a marriage-based family unit was dependent on the society, the age and status of the people involved, and their financial condition.

Things have changed. Paternity questions are now easily answered with DNA and in the case artificial insemination from a sperm donor, one “parent” may not even exist as a legal entity. Soon, the entire process will be external then there will be no identifiable parents, per se. If parenthood is a responsibility one can abandon at conception, what advantage does the government get by making and enforcing so many marriage-based arrangements?

Marriage should be a personal, not government-driven, decision that does not impact your tax status or legal responsibilities towards your family unit.

How one treats their loved ones and children in their charge is more important than a government-recognized marriage. The concept of marriage should fade away as a government program; this will allow it to flourish as a human program.