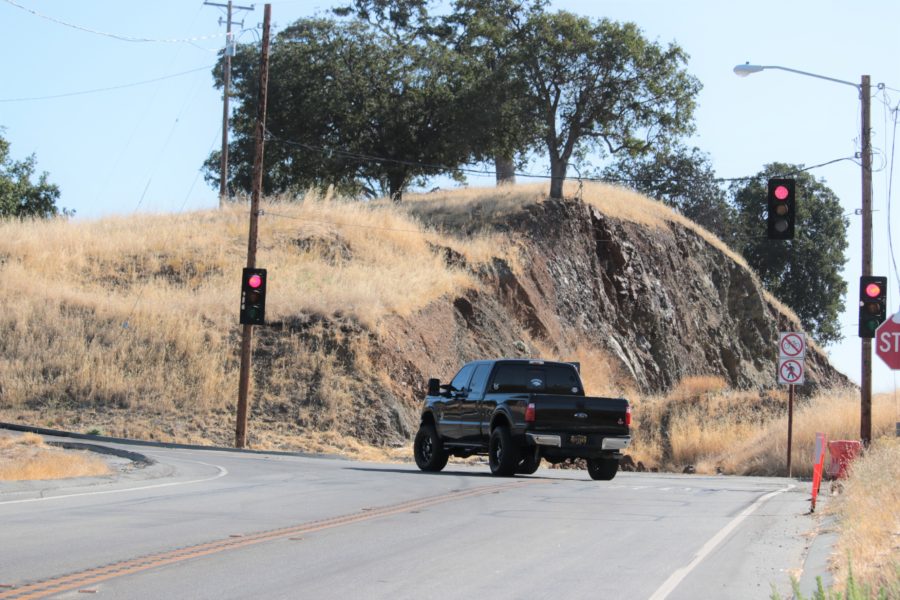 Caltrans District 5 announced that it is accepting public comments through Aug. 7 on proposals to perform restoration work on the original State Route 25 Curve Realignment Project, located 32 miles south of Hollister. A virtual public hearing will be held on July 14, at 5 p.m. For more information on how to join, go here.

This is the second time Caltrans will attempt to realign the two-lane road. The original $2.1 million price tag increased to $9.5 million, then jumped to more than $11 million.

The first attempt in 2015 was to address safety issues at a location where the California Highway Patrol had identified it as a site where numerous fatal motorcycle crashes had occurred. The design proved to be too severe and collapsed onto the new road just three months after completion.

The original Caltrans contract went to San Luis Obispo-based John Madonna Company. After the collapse from winter storms, the highway had to be rerouted back to its previous alignment and the straighter route has been closed ever since.

Caltrans representatives subsequently admitted the collapse was the state agency’s fault because its engineers did not take deep enough core samples and assumed the hill was composed of similar rock as the nearby hills.

The extreme angle of the cut through the hill was made because of Caltrans concerns for the California Tiger Salamander habitat, a grove of blue oaks, and a Native American site.

Caltrans Project Manager Brandy Rider met with San Benito County Supervisor Jim Gillio and about 25 South County Residents in March 2019 to update them about the project, which was at that time in the early design stages.

“This project is very frustrating for District 4 residents who live in the area, as well as all San Benito County residents,” Gillio told BenitoLink on June 29. “I encourage everyone with concerns on the new design to contact the environmental planner at Caltrans. It is critical that Caltrans continues to hear from us regarding this incredibly frustrating and expensive redesign and repair.”

At the 2019 meeting, rancher John Eade said, “We just voted in a $500 million tax increase with Measure G. We’re supposed to take $250 million of that and build Highway 25. This same outfit that will squander $20 million by the time they’re finished for an eighth of a mile down near the Pinnacles is going to be in charge of that eight miles we’ve got to build up there. By the time they get done with their five-to-one Caltrans ratio, we’ll spend $1.5 billion. That’s what I’m concerned about.”

When asked, Rider told meeting attendees that 40% of the project cost was administrative. Gillio told BenitoLink, “It is very important to note that no local Measure G road repair funds will be used on this project.”

According to the Caltrans project announcement, the newest design would “provide a permanent solution to the failed 2015 realignment project by flattening the cut slopes to reduce erosion, promote revegetation regrowth, and prevent repeated slope failure. The horizontal curves and superelevation (banking of the roadway such that the outside edge of pavement is higher than the inside edge, allowing a vehicle to travel through a curve more safely) will allow speeds up to 51 miles per hour. The project will also improve access to private driveways within the project limits.”

The announcement also stated the project includes additional tree planting to replace blue oaks that were removed for the 2015 project.

“Tree replacement for the original project was not completed because the proposed replacement planting site was along the temporary detour that is currently being used,” the announcement said.

Rider told BenitoLink on June 29 that after examining the area, the California Office of Historical Preservation determined the Native American site was found to be eligible for protection as a historical property. She said the design was changed to move the road toward the north.

“There will still be a curve, but not as pronounced as before,” she said, confirming that it was not a burial site and that archeologists examined it without removing any artifacts.