Measure O has no campaign finance filings either in support or opposition. There has been no statement filed opposing Measure O.

Measure N has filings for those supporting and opposing Strada Verde. The campaign for Measure N is backed entirely by Newport Pacific Land Company, which sponsored the initiative.

Under the campaign name Yes on N, San Benito County Residents for Job Creation, Newport Pacific has made four contributions to their campaign totalling $712,000:

They also have $56,362 in non-monetary contributions:

There are three opposition campaign filings against Measure N. The first is the Coalition to Protect San Benito County, which lists Preserve Our Rural Communities (PORC) members Mary Hsia-Coron and Tom Karis as treasurer and assistant treasurer, respectively. The campaign lists $450 in cash contributions, including one contribution for $150 from Brian Schmidt.

There are two other contributions listed in kind: legal counsel from Green Foothills for $1,000 and lawn signs from PORC for $1,325. They also disclosed unpaid bills amounting to $8,039 for campaign materials, listing Hsia-Coron as the creditor.

There are no contribution reports for either organization, though the Concerned Citizens filing lists an expenditure of $10,000 for services described as “PRO,” with no other information. The California Fair Political Practices Commission is currently investigating two complaints against Concerned Citizens of San Benito County. 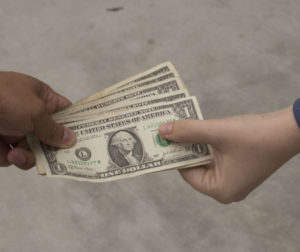 Court rules employees established an ‘implied contract.’ County will decide whether to proceed with an appeal on Feb. 23.