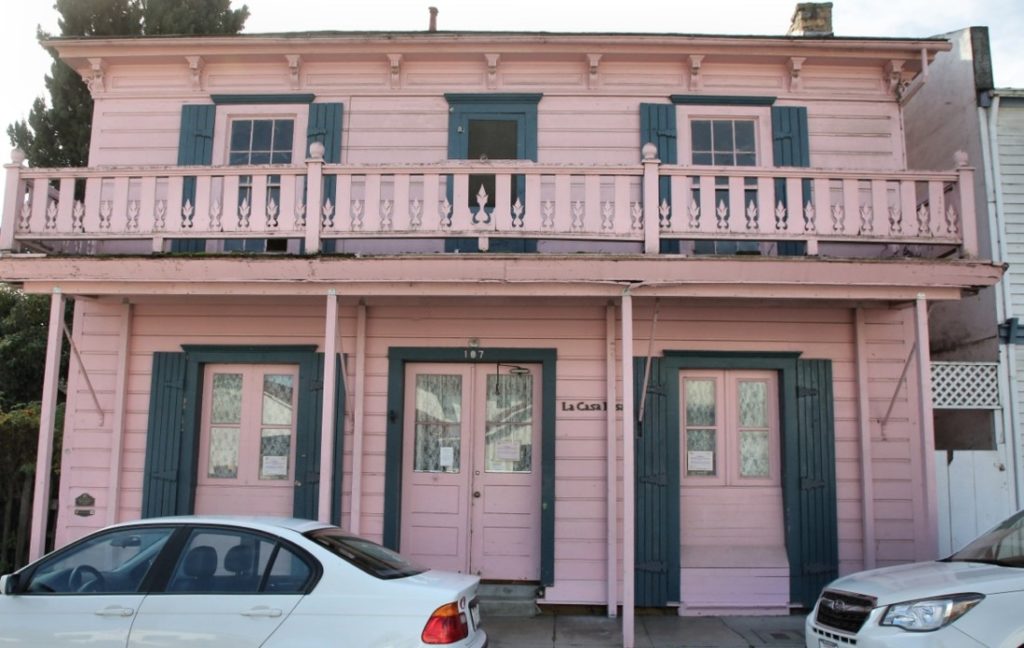 After over two hours of discussion including staff presentation, public comment and negotiations with a developer, the San Juan Bautista City Council denied an appeal of the Planning Commission’s approval of site and architectural design of Casa Rosa at its Jan. 21 meeting. The approved design calls for three one-bedroom units and one two-bedroom unit, in addition to restoring the restaurant and bar.

According to the meeting agenda packet, resident Emily Renzel submitted the appeal on Dec. 18, six days after the Planning Commission’s decision, citing concerns about density, parking requirements and the project not meeting standards set by the U.S. Department of the Interior. Renzel owns the Historic Anza Adobe building next to Casa Rosa.

At the meeting, Renzel said the historic Casa Rosa, located at 107 Third Street, was purchased for $225,100 and that the residential component was not necessary to make the project viable as the owner had stated in previous Planning Commission meetings.

“The city does not need to allow such excessive development to make this pencil out,” Renzel said.

The historic building has been the subject of numerous meetings over the last year. In 2015 and 2016, former owner Greg Burda demolished the interior of the building without permits, intending to construct a restaurant/bar. The city stopped all construction activity when they learned of the unpermitted work, abated the property and placed a lien to secure the balcony.

Councilman Dan De Vries asked Renzel how many residential units she felt were appropriate, she asked for the removal of the additional unit on the second floor, as well as the exterior staircase and walkway.

“I am compromising upfront you might say,” Renzel said, adding she has worked hard to create a historic ambiance on her property, and that the changes to Casa Rosa, which wraps around her property, would create a big impact.

City attorney Deborah Mall said the only way San Juan Bautista could deny the project would be if allowing the two extra units did not result in an overall cost reduction; if there is an adverse impact on public safety, which includes historic buildings; or if the density was against state or federal law.

When former councilman Chris Martorana spoke during public comment, he contended the developer was only allowed to build three residential units. Mall clarified the density was legal because property owner Raeid Farhat, in addition to the two existing units, proposed 100% affordable housing that allows him a density bonus for a third residential unit. Further incentives allowed a fourth unit, Mall said.

The affordable housing range is set by the California Department of Housing and Community Development, with prices based on area median income (AMI). The four units in Casa Rosa are proposed as moderate affordable housing, which is 80-120% of the AMI. The proposed rent limits are $1,703 on the one-bedroom units and $1,946 for the two-bedroom unit.

Responding to concerns from residents Tony Guaracha and Rachel Ponce about density and public safety, the City Council was going to continue the item to a future meeting so it could review a fire marshall report on the plans to decide whether concerns of public safety warranted the appeal. Moments before the motion to continue the appeal to a future meeting, Farhat asked for clarification on the process and said rather than tabling the item he preferred a decision by the council, even if it meant upholding the appeal.

Negotiations about the parking in-lieu fee ensued between De Vries and Farhat, who said upfront fees have a big impact on his ability to invest in the project. Farhat proposed to increase the eight-year affordable housing term to 12 years instead of the in-lieu fee, or that he could provide a lease agreement with a property owner.

In the end, council members conditioned Farhat to pay a $25,000 in-lieu parking fee or provide three parking spots via lease for five years.