This community opinion was contributed by resident Jesus Guerrero. The opinions expressed do not necessarily represent BenitoLink or other affiliated contributors.

I read the recent commentary by Supervisor Peter Hernandez, entitled “To be unified, we need an honest conversation.” I have a hard time finding it either unifying or honest.

The comments Hernandez made at the Board of Supervisors meeting came immediately after Dr. Marty Fenstersheib had just finished explaining that, as far as his actions went in easing shelter in place, his hands were tied by the actions of the state.

This was a completely reasonable response, underscoring that the state has dominion over the counties as far as their legally mandated health policies are enacted during this pandemic.

Supervisor Hernandez, had he listened to the testimony of Dr. Fenstersheib, would have known that. But he was not listening in the role of an elected official taking expert opinion into account when trying to understand the best interests of the community. He spoke as a businessman frustrated by not being able to open his business up completely.

Dr. Fenstersheib has decades of public health experience behind him and has served this and the adjoining counties well. During this extraordinary time, his key consideration was not whether a shaved ice parlor will survive the economic downturn of sheltering in place. His focus was on keeping as many people alive as possible by lowering the curve and keeping the worst case scenarios from happening.

Economics and public safety have been doing a delicate dance through this whole troubling time in our lives. San Benito County may have escaped the full force of the virus, but it is important to remember the steps Dr. Fenstersheib and others took are the reason why.

Those who had this virus and survived do not get through it unscathed: this virus does lasting damage to the body. Swift action by the state and the county spared an untold number of people from that kind of  illnesses—and the deaths that come in large numbers to less fortunate communities.

Rather than arrogantly demanding Dr. Fenstersheib’s head, Supervisor Hernandez would have been better placed to offer gratitude that we are weathering this storm and that the doctor was working, as he said just before Supervisor Hernandez attacked him, on readiness plans for when the state started easing up their regulations.

The most troubling part of Supervisor Hernandez’s tirade was the invoking of a quote from the Declaration of Independence, that “men will suffer evils while evils are sufferable.”

The full passage is this: “Prudence, indeed, will dictate that Governments long established should not be changed for light and transient causes; and accordingly all experience hath shewn, that mankind are more disposed to suffer, while evils are sufferable, than to right themselves by abolishing the forms to which they are accustomed.”

For Jefferson, this was a call for arms against a tyrannical government, and describing the actions of our elected leaders as “tyranny” is a common theme with those protesting the actions taken by our governor and public health officials to minimize the spread of the virus. It is an anti-government sentiment that has no place being echoed by an elected official on any level.

Jefferson is telling us that the government should not be challenged for light and transient causes and I am sure that, were he alive today, he would laugh at the overreach in the demands for rebellion against an experienced medical professional who has a grasp of the facts and issues that are well beyond the understanding (and patience) of a shaved ice parlor owner.

Supervisor Hernandez should take a refresher course in civics, and perhaps re-read the Constitution. In the preamble, the Founding Fathers spelled out the reason for establishing that document, listing purposes that include a need to “provide for the common defense” and “promote the general Welfare.” Dr. Fenstersheib was providing both to this county and was pilloried for doing so.

We are truly at war with this virus. Wars are not waged because they are economically convenient. Wars, such as this one, are waged out of necessity. If Supervisor Hernandez finds himself unwilling to fight this war with the government and our public health officials, and chooses instead to rebel against it, perhaps he should be the one resigning.

Eric Taylor with the SBC Sheriff's Office writes about responding to a recent standoff on Churchill Road. 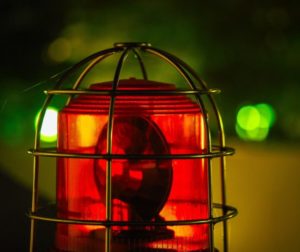 COMMUNITY OPINION: Lessons from the fire

Mary Zanger shares her thoughts on recent fires in the region.