Waste Solutions Group is seeking a permit from the state to increase capacity. 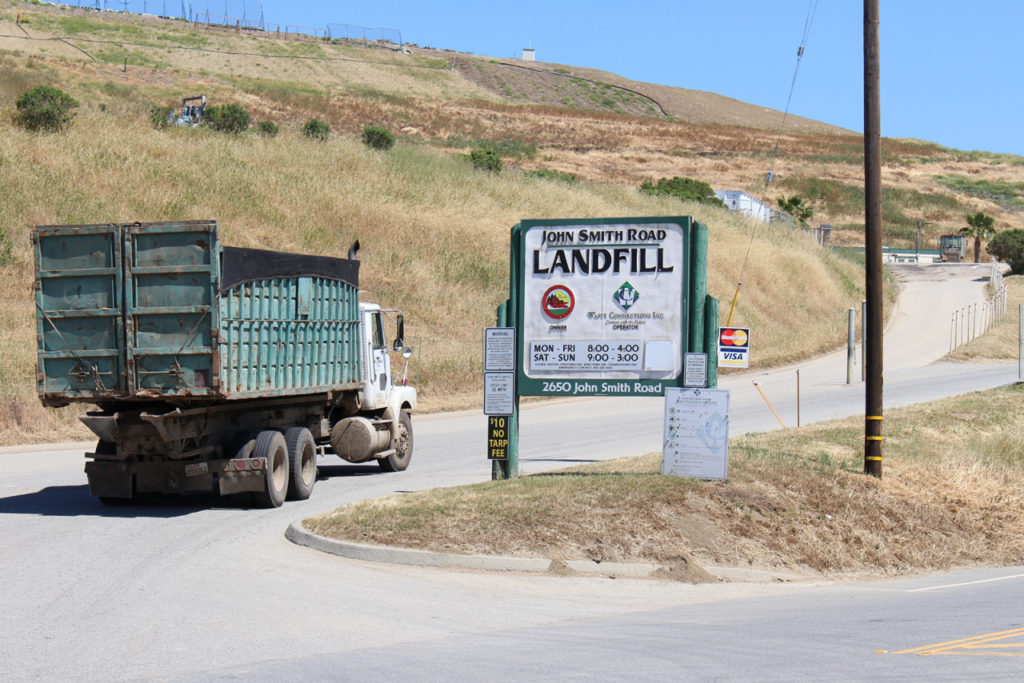 A truck heads into the John Smith Road Landfill. Photo by Noe Magaña.
×

Editor’s note: This article was updated to include comments from CalRecycle and resident’s concerns. Last updated at 11:44 a.m.

San Benito County is also considering expanding the landfill by 388 acres, which would increase the final permitted height of the landfill as well as its daily limit from 1,000 tons to 2,300 tons. The current landfill is 95 acres. A draft environmental impact report is being reviewed by the county and is expected to be released for a 45-day public comment period in about six weeks, County Administrative Officer Ray Espinosa told BenitoLink. Supervisors say that if it had to close, it would be years if not decades before another landfill could open but residents are concerned over environmental impacts and the size of the expansion.

“Our community in Santana Ranch is extremely concerned by the landfill expansion,” resident Brigitte Baumann-Thorp said. Hollister will be a dumping ground for Santa Clara County.”

She said though residents understand the need for a landfill, they are concerned over leachate, or the liquid resulting of waste,  contaminating the surrounding soil and water. Baumann-Thorp said they prefer if the landfill was only for county residents.

The county also allowed Waste Solutions Group, which operates the landfill, to apply for a permit to modify the slopes to increase capacity by about 400,000 cubic yards, or about a year of additional capacity. That equates to about a professional football field (124 yards in length and 53 yards in width) being filled with waste that reaches seven feet in height.

Ben Escotto, supervisor for permitting and assistance for Southern California, said it is unclear whether there will be a public comment period because no official application has been submitted. He said there are several factors that determine if the process requires public comment.

However, Escotto said a public notice will be sent to residents that live within about 1,000 feet of the landfill, though they are only required to send to residents that live within 300 feet. Residents who want to receive notices regarding the landfill but live over 1,000 feet can request to be included by emailing their request to [email protected].

The county hopes the application is approved before the threshold is reached in order to continue accepting out-of-county waste.

Resource Management Agency Director Benny Young said though there is a disagreement on the date the threshold will be met—it could be in July or August—the point was that it was very near. According to the agenda, a report by Lawrence and Associates, commissioned by Waste Solutions Group, identifies July 19 as the 15-year capacity threshold date. The date was confirmed by the county’s consultant, Lewis Engineering, through aerial surveys performed during the past two months.

In return for extending the term to accept out-of-county waste, the county is requesting Waste Connections Inc, the parent company of Waste Solutions Group, to take responsibility for the terms of the operating agreement and to cancel a fee decrease of $0.90 per ton to the county starting in October 2022. The county currently receives $3.80 per ton.

“If the new project, the landfill expansion, is not permitted or authorized by then, we would not suffer a financial loss due to that 90-cent reduction in tonnage fee,” Young said.

Young said though it could take up to a year to get the permit for the slope reconfiguration, he hopes it happens before September. However, if it takes longer, Waste Solutions Group would have to stop taking out-of-county waste until it receives the permit from the state.

Supervisor Peter Hernandez said he would like to discuss the 80% out-of-county requirement in the future but the priority now was to keep the landfill open because if it were to close it would not be opened again. Medina agreed and asked Young and Nelson when the last landfill was opened/approved in California. Nelson replied it was probably in the 1980s.

“This is an asset that we can’t recreate,” Medina said. “Even if [California] were to permit one, it’s going to take years, years and years, if not decades, if they allow it.”

Espinosa told BenitoLink that if the landfill expansion is not approved, the only backup plan is to use the Resource Recovery Park next to the landfill as a transfer station. 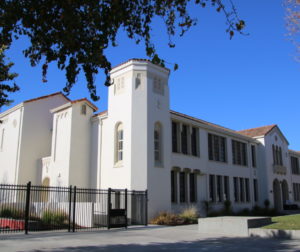 SBHS is paying a $1,000 stipend to teachers of in-person sessions. 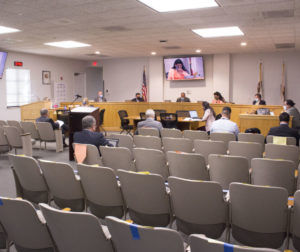 Supervisors approve up to $700k in contracts 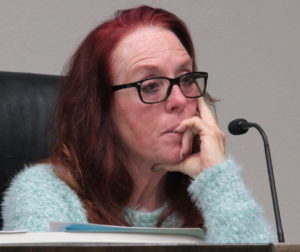