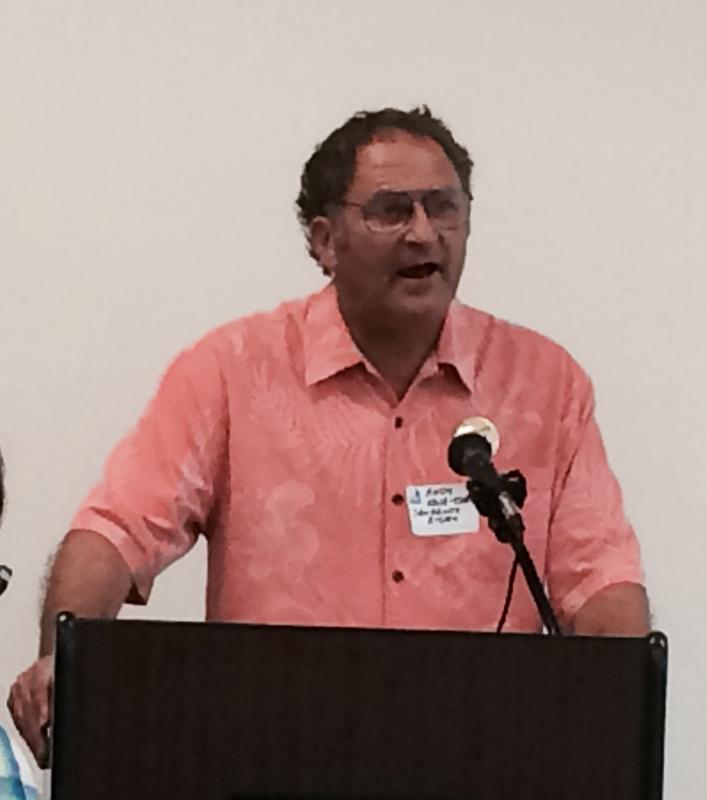 The monthly San Benito County Chamber of Commerce and Visitor’s Bureau monthly mixer ended up being host to an uncomfortable attack on a new local investor last Wednesday night. Although the Chamber promotes respectful and professional discussion, an outburst of emotional commentary disrupted the usually jovial, light-hearted ambiance.

Toward the end of the event, several local businesses where honored with new membership plaques, among them oil exploration firm Citadel Exploration, Heritage Bank and Calera Winery. According to event attendees, some new Chamber members were outspoken about their objection to fracking. Calera's Josh Jensen took his opportunity at the podium, intended by the Chamber to introduce his business as a new member, to direct derogatory comments toward Citadel staff at the event, pointing at them and saying, “They are pouring millions of dollars into the community to buy off the politicians and Chamber for their support so they can pump neurotoxins into our water.”

Citadel Exploration leadership Armen Nahabedian, President and CFO Philip McPherson, and consultant Robert Parry were invited guests to the event. Citadel is currently running a recently permitted shallow, heavy oil exploration project called “Project Indian” in the very far southern region of San Benito County. According to Nahabadien, they are employing traditional cyclic steam injection, a 50-plus-year-old technology to reduce the viscosity of an asphalt-like oil deposit. Cycling steam unrelated to fracking and the company’s permits from both the State of California and County of San Benito do not allow them to use fracking. For more information about Project Indian, please see their website here.

Nahabedian grew up surrounded by the oil industry, in the fourth generation of a California oil family. He formally joined his family company, Nahabedian Exploration Group (NEG) at 22 years of age, just 10 days after his Marine Corps unit left Baghdad where he was an enlisted infantryman and translator. He became a partner in the company in 2007 and stayed involved until the formation of Citadel in 2011. He has made a concerted effort to support and hire honored veterans of the armed forces for Citadel, including the majority of the firm’s management advisors.

Andy Hsia-Coron of San Benito Rising, a group opposing fracking and all oil production in the county was also formally welcomed as a new Chamber member at the mixer. Hsia-Coron and Nahabedian have met diplomatically on a couple of occasions, most notably on the Chamber’s Going Green Show on CMAP, hosted by Chamber board member and Green Business Committee Chairman David Huboi. You can watch the program here.

According to Chamber staff and board members, Chamber leadership, notably the Green Business and Government Relations Committees, have been, and will continue to be very active in the constructive evaluation of the issue and potential opportunities surrounding the use of hydraulic fracturing and other techniques to tap into our local reserves of oil.