County says it’s unknown how many ineligible people may have received shots. 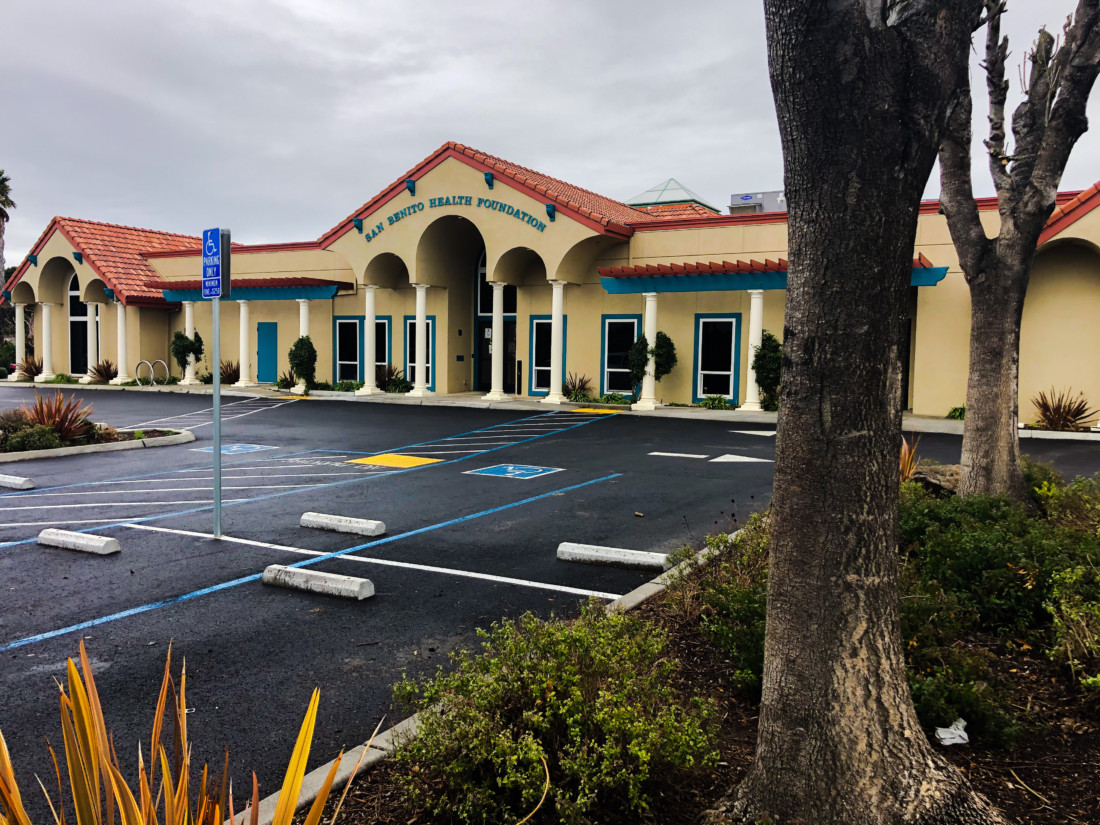 The San Benito Health Foundation is under investigation for allegedly giving the COVID-19 vaccine to unapproved people. Photo by John Chadwell.
×

The San Benito Health Foundation (SBHF) is under investigation for allegedly failing to follow California’s Vaccination Plan, which outlines the phases and tiers for inoculation. The investigation was confirmed by the San Benito County Health and Human Services Agency/Public Health Services on Jan. 27, who later issued a press release on Jan. 28.

The health foundation is one of San Benito’s vaccine partners, and was allotted 400 doses of the vaccine, according to comments made by Robert Lund, SBHF board chair, at the Jan. 12 Board of Supervisors meeting. The foundation began administering vaccines on Jan. 4.

“Each provider is required to follow the vaccine guidance issued by the California Department of Public Health (CDPH) based on the prioritization and equity within the phases and tiers,” said Tracy Belton, director of the Health and Human Services Agency.

Belton continued: “On January 25, San Benito County Public Health Services reported the allegations to CDPH. San Benito County Public Health Services is also evaluating additional action that may be taken by the county. At this time, the county does not know the number of individuals that may have received the vaccine outside of the phase, tier and/or priority of prescribed vaccine administration. San Benito will work in collaboration with CDPH to ensure a full investigation is completed.”

Supervisor Mark Medina told BenitoLink on Jan. 26 that he heard about the allegations and went to San Benito Health Foundation at 351 Felice Drive in Hollister to speak to Rosa Vivian Fernandez, president and CEO. Fernandez did not respond to BenitoLink’s request for comment.

Medina said he questioned Fernandez about whether the foundation inoculated a number of people who were not authorized to receive the vaccine under the present tier system.

“These would be first responders, in-home service providers for the elderly,” he said. “She said she contacted people, they didn’t want the vaccine and she had extra left over. So, rather than call Tracey Belton she took it upon herself to go out of the tier and vaccinate other people.”

He said the tier system is in place to vaccinate health care personnel first.

“She didn’t follow protocol,” Medina said. “That’s the issue I have. Who knows who she called to be vaccinated. The right thing to do is to contact the health department and ask what they wanted her to do with those extra doses. They could have gone to the hospital to make sure we vaccinated the Phase 1A people first.”

As of Jan. 28, the county is in Phase 1B, tier 1, which includes individuals 65 and older, and those at risk of exposure at work in the sectors of education and childcare; emergency services; and food and agriculture.

Medina said that he, along with Belton and County Administrative Officer Ray Espinosa, had been told Fernandez had vaccinated people not included in Phase 1A. He said constituents reached out to him saying they were disappointed in the whole process of administering vaccines.

“As a supervisor and as the chair, I felt I needed to find answers because people were pointing at the Board of Supervisors not being able to roll out this program,” he said.

Medina said he was trying to determine how many vaccinations San Benito Health Foundation had administered when Fernandez told him to leave the office.

“She said I was being defensive,” he said. “She basically didn’t want to answer my questions. All I’m after is for her to follow the protocol.”

In a Jan. 28 Zoom meeting of the Rotary Club of San Juan Bautista that resident Elia Salinas recorded and shared with BenitoLink, she asked Fernandez, a rotary member, why she felt she was authorized to administer the vaccines to those not in the approved tier system. In particular, Salinas asked why Rotary Club members received the vaccinations.

“They’re part of the volunteers through our food drive,” Fernandez said. “They fall in the federally qualified batch. And these other people had already been in our systems.”

She continued, “We had people calling and we put them in our priority lists. A lot of them are old patients that are receiving services and we know they are farmworkers because we collect that to report to the federal government. We’re a federally qualified health center and a migrant health center.”

Fernandez told the Zoom meeting that because the San Benito Health Foundation receives federal funding, it is required to prioritize those it serves. She also said she shared the vaccines with Pinnacle Urgent Care because it also serves the farmworker community.

Supervisor Kollin Kosmicki said he didn’t have a clear understanding if receiving federal dollars would allow the foundation to disperse vaccines outside the tier groups.

“I share the concerns that the foundation potentially went outside the order for the COVID vaccine,” he said. “This underscores the need for San Benito County to centralize the distribution process. I’ve been an advocate for having the county handle this in-house and getting the mass vaccination clinics going as soon as possible. That will solve these issues of outside distribution that creates potential accountability problems and confusion for the public.”