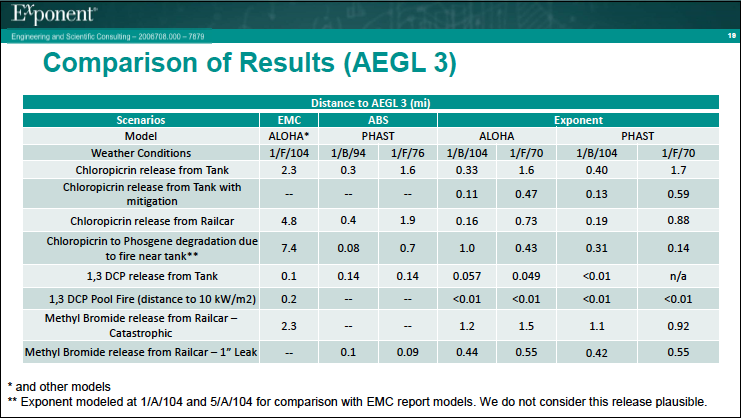 An agricultural chemical distributor’s peer review of a hazard report regarding the proximity of a proposed autonomous vehicle testing facility to its chemical operations says the report’s evaluation of a safety buffer zone doesn’t analyze the likelihood of various emergency scenarios, and is therefore incomplete. It also concludes that the assumptions used in a model by hazard report author by EMC Planning were incorrect and lead to unrealistic or “physically impossible” scenarios.

The San Benito County Board of Supervisors contracted with EMC for a hazard report on agricultural fumigant distributor Trical, Inc. as a result of the Nov. 3 ballot Measure N, the Strada Verde project, a proposed development adjacent to the Trical facility. The Strada Verde Innovation Park, proposed near Highways 25 and 101 along the Pajaro River, would occupy 2,777 acres, including open land with a 2.4-mile trail; a business center with a hotel, retail shops and restaurants; and an automotive technology and research center with automobile testing tracks.

At an Oct. 6 meeting, Subodh Medhekar, engineer with Exponent, an engineering and scientific consulting firm hired by Trical to conduct their peer review, said one of the scenarios presented by EMC was “physically impossible.” That scenario was the release of 175,000 pounds of methyl bromide EMC claimed would evaporate in 10 minutes. Medhekar said it would take closer to “multiple hours.”

“We concluded that the EMC report modeled the scenarios incorrectly and this was in part [due] to the poor assumptions they made, and this led to unrealistic scenarios, incorrect scenarios or scenarios that are not physically possible,” Medhekar said.

In his presentation, Medhekar compared Exponent’s results in both Aloha and Phast models to EMC’s hazard report and ABS’ peer review for Acute Exposure Guideline Level (AEGL) 3, which covers “life-threatening health effects or death.” Of the eight scenarios in Exponent’s Aloha model that analyzed daytime and nighttime conditions, all but one—methyl bromide railcar one-inch leak—indicated hazard distances up to six miles less than EMC’s report. Exponent’s largest hazard distance was 1.6 miles for chloropicrin.

In its Phast model, also analyzing both daytime and nighttime conditions, the largest release of chloropicrin was 1.7 miles, compared to 1.6 miles in ABS’ peer review and 2.3 miles in EMC’s hazard report.

Medhekar said in order to determine an appropriate buffer zone, San Benito County must evaluate the likelihood of each scenario along with the consequences analysis.

Trical President Paul Niday contended the facility—located off Highway 25 east of the Santa Clara County line—was safe, secure and beneficial to the public. He also said the peer review specified mitigations to reduce the impact distances.

“We will adopt whatever we can to further reduce any potential [hazard],” Niday said. “Mitigation factors can be taken and we will take what’s appropriate.”

While Niday said Trical strives to be a good neighbor, Hollister Fire Battalion Chief Charlie Bedolla had a differing view.

“Although we’ve had outreach to this facility numerous times, we’ve still been unable to schedule an annual life-safety inspection,” Bedolla said. “Although I am pro-business and expansion of everything, they have not been good neighbors to the fire department and first responders.”

Bedolla said the Hollister Fire Department does not have much idea of what occurs at the facility or how to respond if called upon. For this reason, he requested that Trical schedule an inspection and host a first responder training session to deal with rail car-related emergencies and other issues. He said the last communication between the two agencies was in 2016 when a lone member of the fire department visited the site in an attempt to understand what activities were being conducted.

According to Environmental Protection Agency records, Trical has not had a violation in the three years of records available online. The records also show that 434 people live within three miles of the facility.

However, Trical was fined $15,100 for an accident in 2016 that involved three violations relating to Injury and Illness Prevention Program requirements and pipelines, according to the U.S. Department of Labor.

For the third time, Ranahit Sahu, author of the EMC hazard report, defended his work and emphasized that the analysis was about high-consequence, low-probability scenarios.

“We do reject, categorically I might add, the conclusions,” Sahu said. He also said the report only addressed AEGL-3 and not AEGL-2 which includes “irreversible or other serious, long-lasting adverse health effects or an impaired ability to escape.”

He repeated that Phast was not a credible model because the results from ABS and Exponent are “very different.” According to the comparison table, Exponent used different assumptions for weather for both daytime and nighttime: 104 and 70 degrees Fahrenheit compared to EMC’s 94 and 76 degrees.

In the same meeting, the Board of Supervisors also approved a contract with Denise Duffy & Associates, Inc. for an amount not to exceed $703,921 to prepare an environmental impact report (EIR) for the Strada Verde project. According to the meeting agenda packet, nearly $500,000 is budgeted toward the EIR and the remaining $200,000 is for optional tasks as necessary.

County Counsel Barbara Thompson clarified that the EIR was part of the application the Strada Verde applicant, Newport Pacific Land Company, submitted in May 2019. She said if voters reject Measure N, the applicant can pursue the project through the traditional planning process.

Supervisor Anthony Botelho said the report was being funded by the project applicant through deposit fees. In addition, Supervisor Mark Medina said approving the report did not obligate the county to approve future items relating to Strada Verde.