If enough signatures are found to be sufficient, the rezoning ordinance would be suspended. Supervisors could then decide to either repeal it or place it on the ballot. 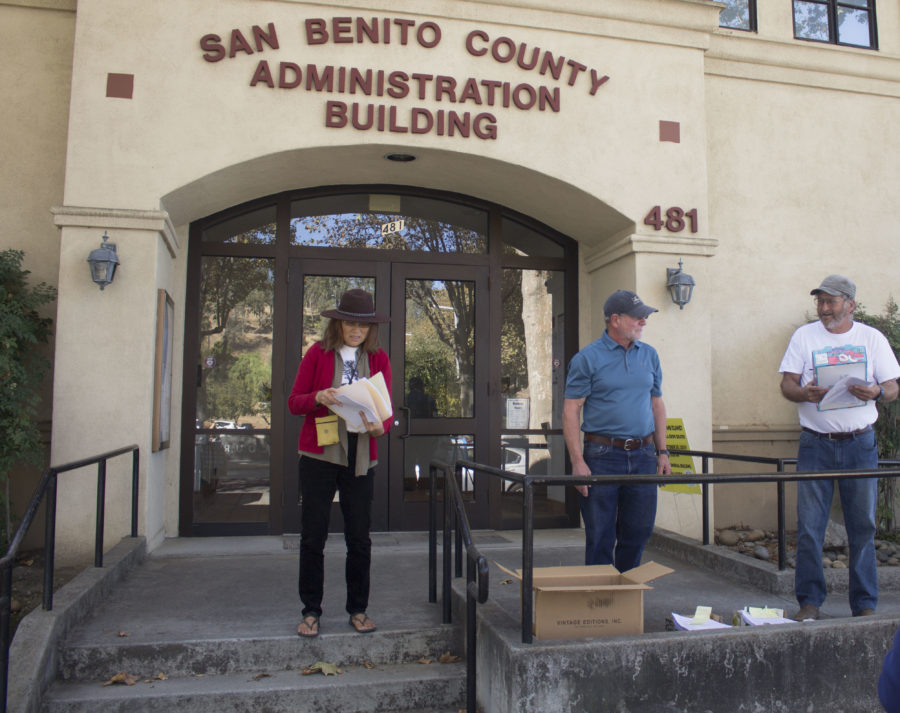 Mary Hsia-Coron, Tom Karis and Andy Hsia-Coron of PORC stand with with the collected petitions before they submit them to the county. Photos by Noe Magaña. 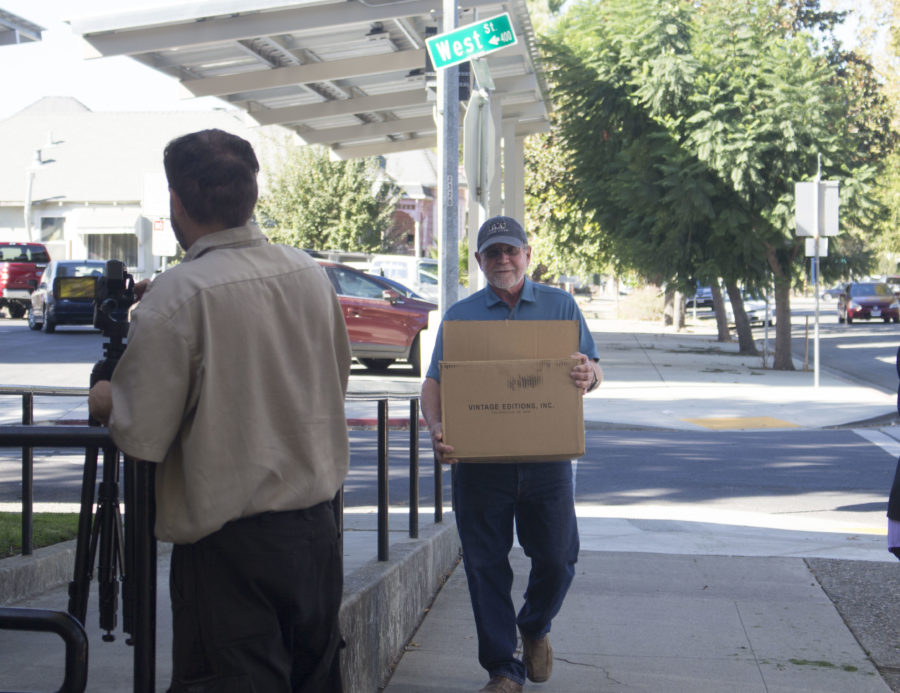 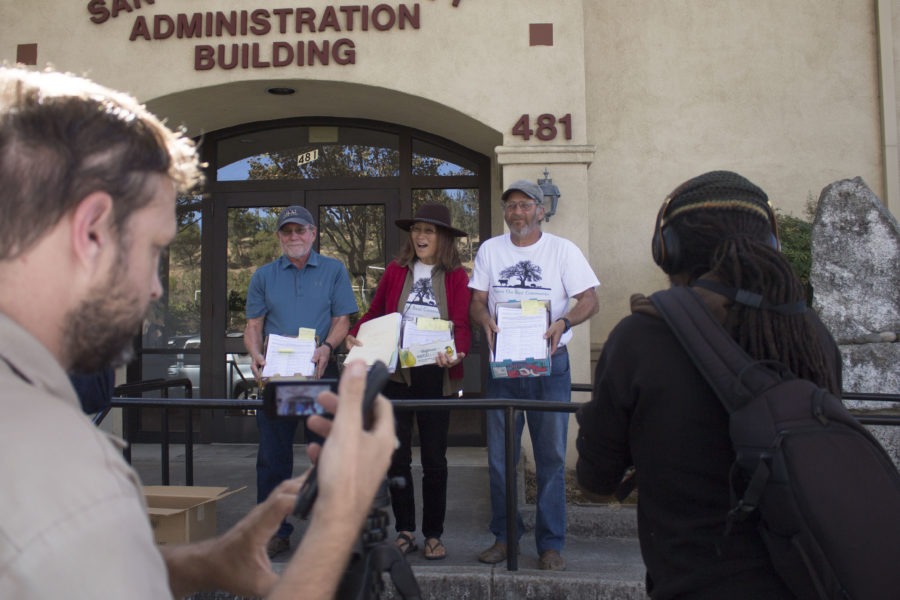 Since the San Benito County Board of Supervisors unanimously approved the rezoning of four commercial nodes along Highway 101 at its Sept. 24 meeting, members of Preserve Our Rural Communities (PORC) have vowed to continue their fight. On Oct. 23, the nonprofit group turned in a petition with 4,428 signatures supporting a referendum to overturn the rezoning decision. In order to qualify, 2,060 signatures need to be validated by the San Benito County Registrar of Voters.

PORC President and spokesperson Andy Hsia-Coron said its members spoke to thousands of people who had “deep concern on how development happens in this county, how decisions are made and the wisdom of those decisions.” He said the group collected more signatures than they turned in for validation; they eliminated “obvious” signatures of out-of-county voters, which would not qualify.

Hsia-Coron was also part of San Benito Rising, an organization that led the Yes on Measure J effort in 2014.

The county rezoned four sites—Betabel, SR129/Searle Road, Rocks Ranch and Livestock 101—in an effort to increase revenue by attracting Highway 101 motorists to spend money at the nodes, which could include hotels, fast food restaurants and gas stations.

Concerns of those opposed to the rezoning include traffic, water, wildlife, and the threat it poses to the San Juan Bautista business community.

Hsia-Coron said the Amah Mutsun and other tribes consider the sites along Highway 101 to be sacred. He added that Caltrans recommended the area should be on the National Register of Historic Places because of the region’s Native American and California history. Two historic, well-known outlaws, Tiburcio Vazquez and Joaquín Murieta, used the area to intercept travelers.

Hsia-Coron said when the sufficient signatures are validated, rezoning of the four nodes would be postponed, and that if the county wants to continue with the rezoning effort, it would have to put a measure on the ballot. Deputy County Administrative Officer Edgar Nolasco confirmed that if the petition is found to be sufficient, the rezoning ordinance would be suspended and not go into effect.

If enough signatures are found valid, District 2 Supervisor Anthony Botelho said he plans to vote on putting the zoning ordinance on the ballot. The deadline for the board to put a measure on the March 2020 primary election ballot is Dec. 6.

As for the referendum process, Hsia-Coron said “We think the people of the county really engaged…people were really pleased to find out that they did have a tool to have their voices heard.”